Who is Rusty Bowers? The conservative Republican has a history of bucking his party's extremists 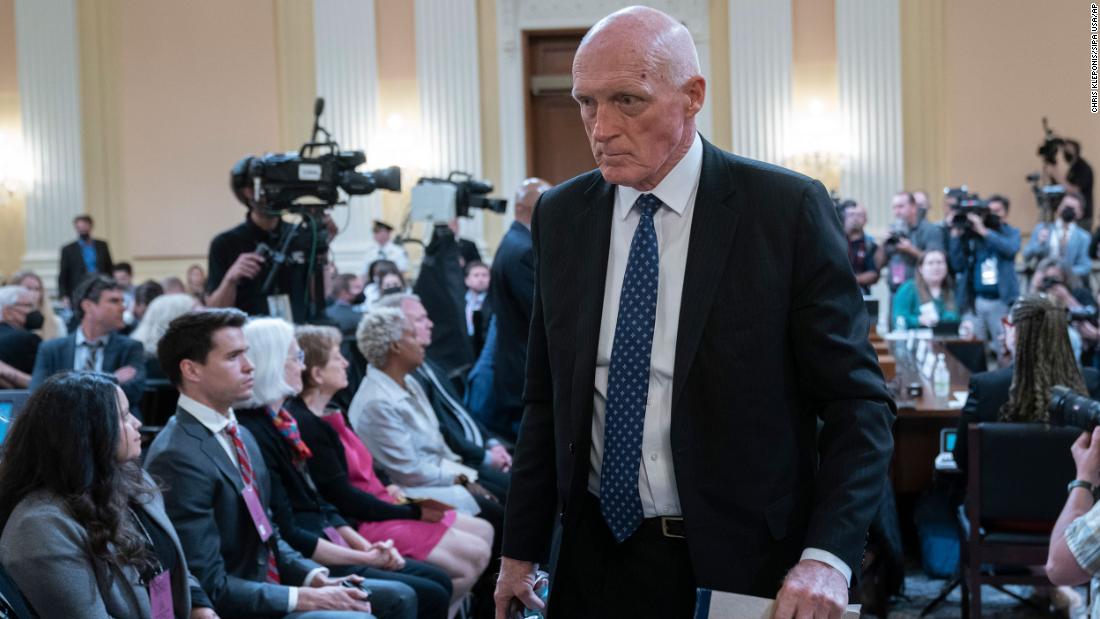 Back in Arizona, Bowers long has been known as a maverick willing to buck the increasingly extreme elements of his own party — sometimes with wry dismissals or a sly brand of showmanship.

Earlier this year, for instance, rather than just sitting on a bill that would have given the state legislature the power to toss out future election results, Bowers used an obscure procedural maneuver to kill it: He assigned it to 12 committees at once.

At the time, Arizona journalist Jeremy Duda described Bowers’ takedown as “killing the bill, chopping it up, setting the pieces on fire, then digging up the ashes and throwing them into the ocean.”
In a column earlier this year, Arizona Republic columnist Laurie Roberts called the 69-year-old Bowers one of the “few Republicans at the (state) Capitol who declined to give in to the collective psychosis that has infected some of the baser portions of his political base.”

Bowers’ testimony before the House committee investigating the January 6 attack on the US Capitol demonstrated his inclination to follow his own moral compass, as he described resisting time after time a pressure campaign from former President Donald Trump, Trump’s then-lawyer Rudy Giuliani and other Republicans to remove electors for Joe Biden.

The requests, he told lawmakers on Tuesday, violated not just his oath as legislator but one of his “most basic foundational beliefs.”

Bowers, a member of the Church of Jesus Christ of Latter-day Saints, said it was an article of faith for him that the US Constitution is “divinely inspired” and not easily cast aside.

Bowers supported Trump’s candidacy but he added: “I do not want to be a winner by cheating.”

Bowers, a professional artist, has paid a high price for his resistance. The Patriot Party of Arizona launched a drive to recall him last year because, among other things, he refused to back a controversial “audit” of votes by the Cyber Ninjas firm in Maricopa County, Arizona. At one point, Bower joked to The Arizona Republic about potentially inspecting the papers used in the recall drive for bamboo — a reference to an outlandish conspiracy theory that ballots from China were stuffed into the state’s election system.
The recall effort failed.

Bowers and his family also endured repeated protests outside his home east of Phoenix, including from people who called the father of seven a corrupt politician and a pedophile, he recounted Tuesday. At one point, he said, an armed man showed up and appeared to threaten his neighbor.

Tears formed in his eyes Tuesday as he described the impact of the harassment on his wife, Donetta, and his then-gravely ill daughter. His daughter died in January 2021.

Bowers is term-limited in the House and earlier this year announced a bid for the state Senate.