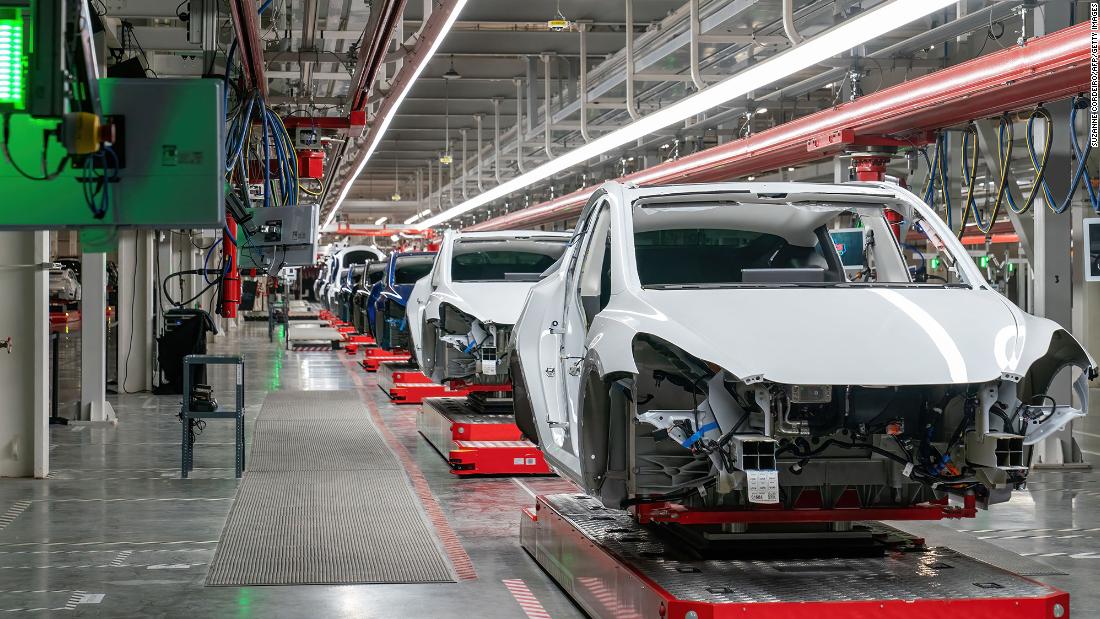 Musk has been sending out conflicting signals on his staffing plans for the last month. And he provided only slightly more clarity in comments via video Tuesday at the Qatar Economic Forum.

“Tesla is reducing the salaried workforce roughly 10% over the next probably three months or so.” Musk said. “It’s quite clear we expect to grow our hourly workforce. We grew very fast on the salaried side and we grew a little too fast in some areas, and so it requires a reduction in salaried work force.”

Tesla had about 100,000 employees worldwide as of the end of last year, about 42% of them based outside the United States. The company also said that roughly 39% its global staff were production line workers at the start of the year. Since then, it has opened two new factories, near Berlin, Germany and Austin, Texas, and is ramping up staffing and production at those plants.

On Tuesday Musk said about one third of Tesla employees are salaried, and the 10% cut in that part of the staff would be a “roughly a 3% to 3.5% reduction in total headcount,” which he referred to as “not super material.”

“A year from now I think our headcount will be higher in both salaried and obviously in hourly,” he said. “But in the short-term in the next few months we expect to see a roughly 10% reduction in salaried workforce.”

Musk first disclosed layoff plans in an email to Tesla executives that was reported by Reuters earlier this month. In that email he said he had a “super bad feeling” about the economy.
He later pulled back on those comments, stating in tweets that “total headcount will increase, but salaried should be fairly flat.” In another tweet only hours later, Musk confirmed as “accurate” a news story that mentioned his plan to reduce salaried staff by 10%.
Shortly before talk of the layoffs began, Musk announced in a separate email to Tesla office workers that they needed to get back to in-person work 40 hours a week or the company would consider them as having quit.

Asked Tuesday about his view on whether a recession is likely, he hedged on that as well.

“I think a recession is inevitable at some point. As to whether there is a recession in the near term, I think that is more likely than not,” Musk said, although he added that a near-term recession is “not a certainty.”