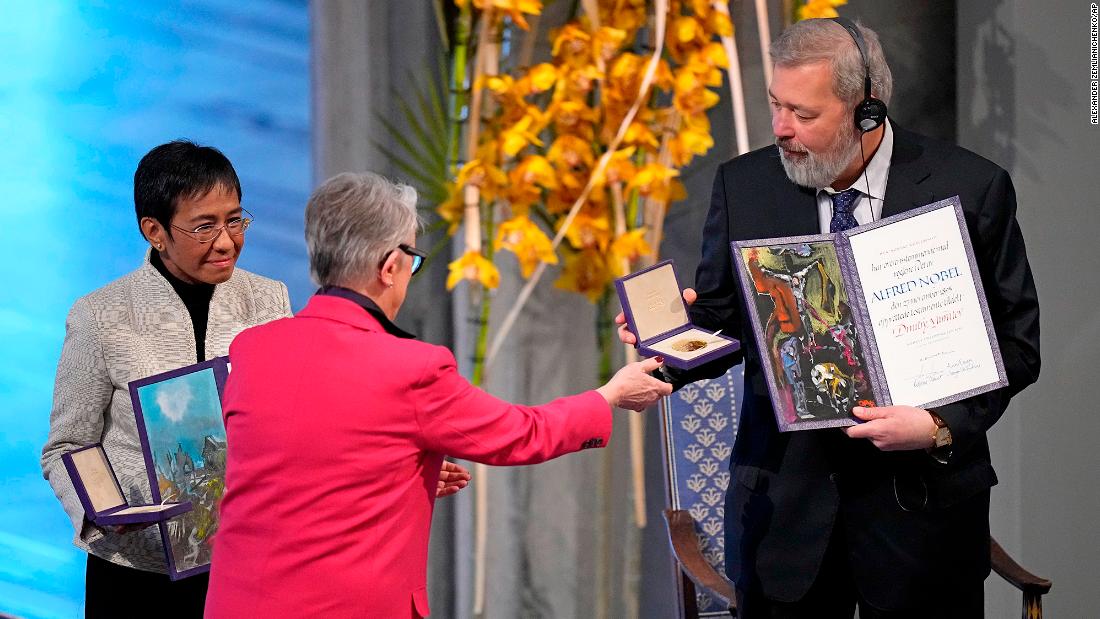 All the proceeds from the auction, which concluded on World Refugee Day, will go to UNICEF’s humanitarian response for Ukrainian ​children displaced by war, according to the auction house.

“Right now, the award is an opportunity for me to share it with people,” Muratov said before the auction, urging people around the world to join the cause and make their contributions.

According to Heritage Auctions​’ description of the medal up for sale, Norwegian Nobel Institute director Olav Njølstad supported the auction, calling ​it a “generous act of humanitarianism.”

Latest figures show there have been more than 7.7 million border crossings from Ukraine, ​with more than 5 million refugees from Ukraine recorded across Europe ​since Russia’s invasion in late February, according to the UN refugee agency, UNHCR.

​In an appeal for donations, UNICEF ​says that the 7.5 million children of Ukraine have been deeply affected by the ongoing conflict, including being separated from family, lacking basic supplies and resources, and facing the daily threat of explosives.

Heritage Auctions​’ description continued: “The goal is to use this event to foster awareness of refugee crises and for the giving to continue long after the auction on June 20th.”

Muratov shared the 2021 Nobel with Philippine-American journalist Maria Ressa for what judges described as their “efforts to safeguard freedom of expression.”

Muratov is the editor-in-chief of independent Russian news outlet Novaya Gazeta. He ​”criticised Russia’s annexation of Crimea in 2014 and the government’s use of military force, both in and outside Russia,​” according to the Nobel Peace Prize organization.

Six of the newspaper’s journalists have been murdered including Anna Politkovskaya, a strident critic of the Kremlin who reported on human rights abuses in Chechnya.

The Kremlin has tightened its grip on the country’s independent media following the invasion of Ukraine. In March, lawmakers criminalized the spread of “fake” information that discredits the Russian armed forces or calls for sanctions against the country.

The crackdown has forced some outlets to shut up shop and their journalists to leave the country.

In early March, Novaya Gazeta said it had removed articles on the war in Ukraine from its website due to government censorship. Later that month, the paper announced that it was suspending publication until the end of the war in Ukraine.