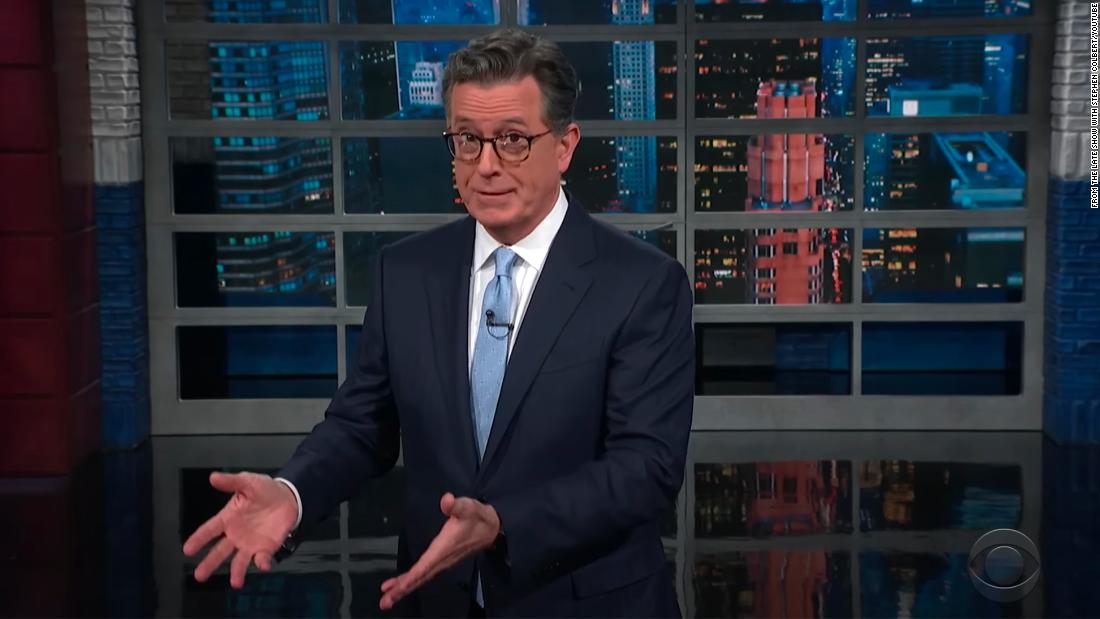 “This was first-degree puppetry,” Colbert said.

Colbert explained that members of his staff including “Triumph the Insult Comic Dog,” a puppet voiced by comedian Robert Smigel, went to film a comedy segment tied to the January 6th hearings for two days last week in the congressional offices across from the Capitol.

The host said that the staff went through security clearance and were invited into the offices of the representatives they were interviewing — which is important to note since Triumph “works on Dracula rules,” according to Colbert. On the second day of filming, the staff was detained by the US Capitol Police.

“Which actually isn’t that surprising. The Capitol police are much more cautious than they were, say, 18 months ago, and for a very good reason,” Colbert said. “If you don’t know what that reason is, I know which news network you watch.”

On Friday, the US Capitol Police said in a statement that officers “observed seven individuals, unescorted and without Congressional ID, in a sixth-floor hallway” in the Longworth House Office Building on Capitol Hill.

The Capitol Police added that those individuals were charged with unlawful entry. CBS noted in a statement Friday that its production team’s interviews with members of Congress had been “authorized and pre-arranged.”

Colbert on Monday continued by saying that the US Capitol Police were just doing their jobs as was his staff, and that everyone was “very professional” and “very calm.”

“A fairly simple story until the next night when a couple of the TV people started claiming that my puppet squad had ‘committed insurrection at the US Capitol building,'” he said. “First of all… what? Second of all… huh?”

The host explained that there are major differences between an insurrection and what his staff did, which he described as “hijinks with intent to goof.”

“It’s predictable why these TV talkers are talking like this on the TV. They want to talk about something other than the January 6th hearings on the actual seditious insurrection that led to the deaths of multiple people,” Colbert said. “But drawing any equivalence between rioters storming our Capitol to prevent the counting of electoral ballots and a cigar-chomping toy dog is a shameful and grotesque insult to the memory of everyone who died.”

Colbert ended his recount of the incident with a satirical history lesson of “puppet-lawlessness.”

“‘The Great Muppet Caper,’ the fraggle riots of the 1980s … How do you think King Friday came to power in the neighborhood of make-believe?” he said. “In this case, our puppet was just a puppet doing puppet stuff, and sad to say, so much has changed in Washington that the Capitol Police do have to stay on high alert at all times because of the attack on January 6th. And as the hearings prove more clearly everyday, the blame for that actual insurrection all lies with Putin’s puppet.”