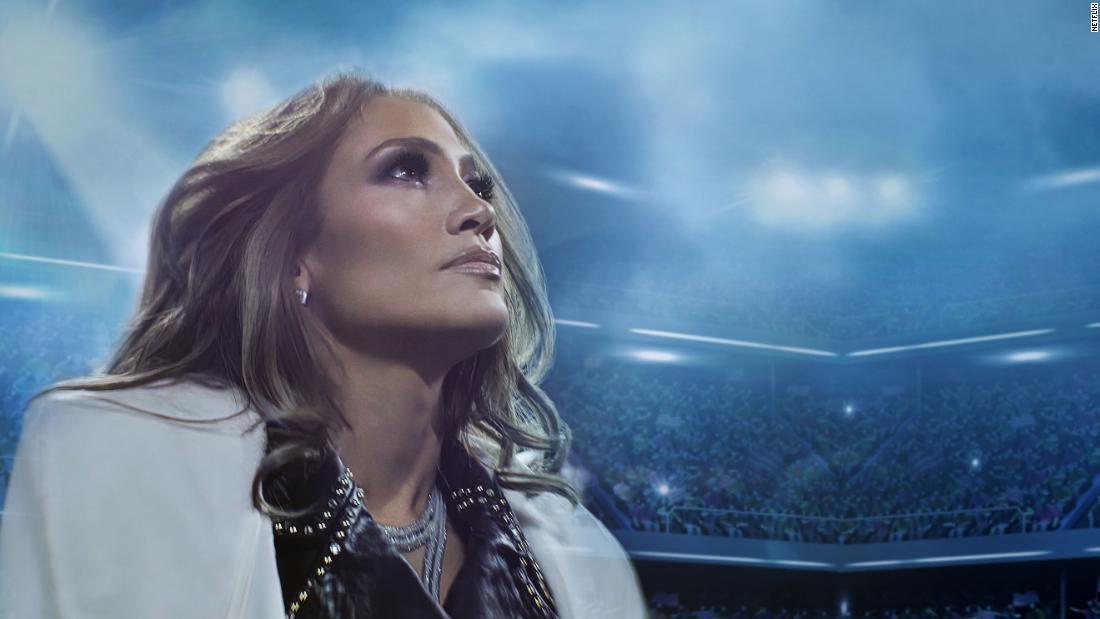 Jennifer Lopez, the impossibly beautiful, almost unnervingly relentless centerpiece of Netflix’s recent documentary, “Halftime,” is a diamond. She has, as the movie constantly reminds us, been doing this for some time, but she’s still a completely recognizable — if even more self-assured — version of the 27-year-old who starred in her breakout hit “Selena” in 1997. “It doesn’t feel any different than any other birthday,” she tells us as “Halftime” opens to footage of her blowing out the candles on her 50th birthday cake.

Yet as “Halftime” goes on to prove, there’s a gulf between being a brilliant artist, performer or person, and baring yourself as a documentary subject. As a woman in the entertainment industry, Lopez lives, like all female celebrities, under exaggerated scrutiny — all the more so as a woman of color. The armor she’s built around herself and the forensic control she exercises over her narrative are completely understandable as tools for survival, but they can’t help but undercut the underdog’s success story that “Halftime” seems determined to tell.

With a few tangential forays into Lopez’s childhood and early career, the documentary attends most to the six-month period between her 50th birthday and her Super Bowl halftime performance alongside Shakira in February 2020. Her mission statement is clear, sort of. “My whole life I’ve been battling, battling to be heard, to be seen, to be taken seriously. And now I have this incredible opportunity to show the world who I am… What am I gonna say?” she asks in a voiceover at the outset.

As the movie continues, it emerges that the answer is twofold: She wants to showcase Latin culture and explode prejudice at the Super Bowl halftime show, and she wants to be taken seriously as a performer — especially for her turn as stripper-turned con artist Ramona in 2019’s “Hustlers.” Sometimes, these goals seem almost interchangeable. Both, as we discover, share tensions with the JLo brand.
The major point Lopez is keen to spotlight during her Super Bowl set is the horrific cage-like conditions for child immigrants on the United States border. She makes a fair point in the film about soft power — the audience doesn’t want the message rammed down its throat — but there’s scarcely any interrogation of why (as someone with a long history of philanthropy) she’s waited until now to get publicly political. She has, according to the film, over 350 million followers across her social media platforms.
Unique though the Super Bowl halftime stage is as a forum, it’s far from Lopez’s only outlet. And though the film touches briefly on the Colin Kaepernick’s kneeling controversy swirling around the NFL at the time, it forgoes any mention of the fact that Rihanna turned down the 2019 halftime show in solidarity because she “didn’t want to be an enabler” of systems that were helping to prop up the police brutality and injustice Kaepernick was protesting. There’s an argument to be made for seizing opportunities no matter who they come from, but “Halftime” doesn’t make it.
As someone who’s embraced every opportunity the establishment has to offer her but has also been regularly reminded along the way how rare her position is, you can see why Lopez might be reluctant to deviate from ideas she’s confident will score mass appeal.

That tunnel vision is in evidence when she’s discussing potential songs to close the halftime set. She’s sure a cameo from Bruce Springsteen singing “Born In The USA” will nail it. She admits that Shakira “isn’t crazy” about the song because, as she mentions fleetingly, Shakira was born in Colombia. On the day, Lopez’s child Emme sings the “Born In the USA” hook, and we don’t discover what Shakira thinks of that outcome.

There’s little time to dwell on this though, as within seconds we’re back to Lopez’s personal journey. For the first time in two decades, her acting is generating serious awards buzz, and her hopes are high that she’ll be recognized by the Academy at last. Time, says “Halftime,” for some pathos. There’s a quick montage section covering the media’s fixation on Lopez in the early noughties — which was often lascivious at best, crudely racist at worst.

In a cutaway interview, she reflects on her conspicuousness as a “curvy” (by Hollywood standards) woman in a celebrity world populated mainly by blonde waifs. She says she had to “really figure out” who she was to make it through that time. That’s all fair enough, but as a viewer, you’re left with a sense of being taken only part way there.

Much like model Emily Ratajkowski in her otherwise excellent essay collection, “My Body,” Lopez describes the objectification she’s experienced in vivid detail but is less illuminating on her own response. There’s potential for real intimacy in a way that there wasn’t in say, “Framing Britney Spears,” which detailed Spears’ abuse by the press in stomach-curling detail, but didn’t include first-hand input from Spears herself. It feels like another opportunity missed.
In her own 2017 Netflix documentary “Five Foot Two“, which also covers her Super Bowl, Lady Gaga addresses a similar problem head-on, explaining: “When they wanted me to be sexy or they wanted me to be pop I always…put some absurd spin on it that made me feel that I was still in control.”
It would have been interesting if Lopez had discussed the creative choices behind projects like her “Jenny From The Block” music video, which repeatedly zeroed in on Lopez’s behind and featured paparazzi-like footage of her and her ever-supportive then-beau, Ben Affleck — who she’s now dating again, and makes a blink-and-you’ll-miss-it cameo in the film. Did she ever regret appearing to play along, or was she in control the whole time? We still don’t really know.

The chief difficulty when it comes appraising a multi-talented superstar within just 95 minutes is that while it’s easy to agree that yes, Jennifer Lopez absolutely does deserve full credit for her achievements, the narrative arc of this documentary demands that your heart break when she doesn’t receive an Oscar nomination — a thing that regularly happens to equally talented actors.

That disappointment leaves Lopez at her most exposed in the whole movie, but it would have been fascinating to hear more about the grittier details it skims over — like her early years as a dancer or the immediate aftermath when she left her parent’s house at 18 years old.

It’s Lopez’s prerogative not to tell us, and she’s charismatic enough to carry the film either way. But the control that’s enabled her to build her fascinating life and career — and survive an industry that’s made victims of so many women like her — doesn’t quite leave scope for the vulnerability that would allow a full, raw picture.