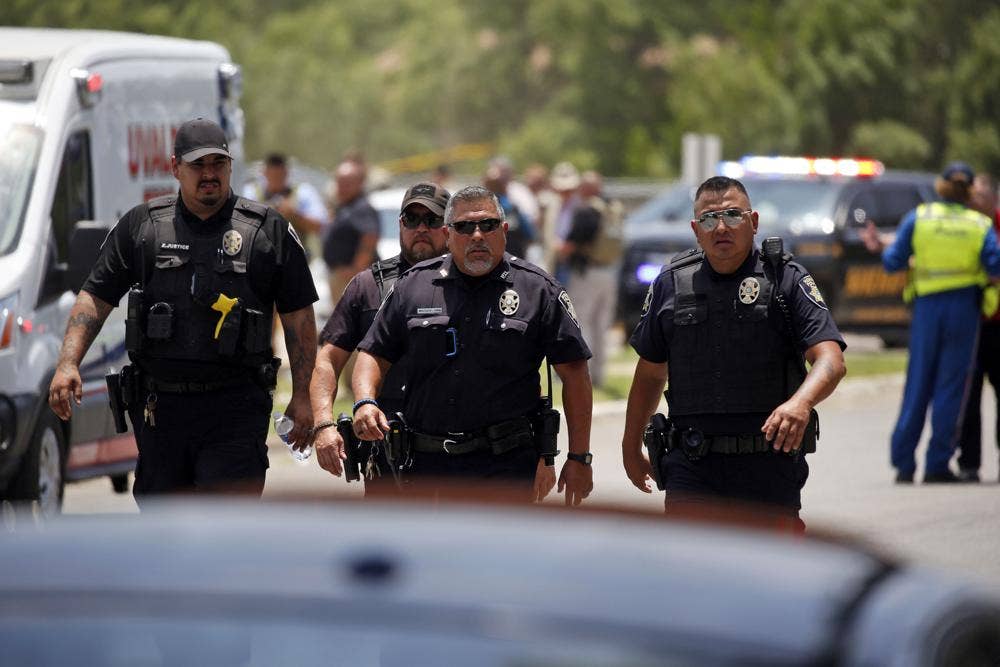 Joe Rogan, host of the popular “Joe Rogan Experience” podcast, had on fighter Tim Kennedy who blamed demonization of law enforcement and the “Defund the Police” movement for rising crime rates and recent mass shootings, like the one in Uvalde, Texas.

The former Green Beret sniper appeared on the podcast to promote his latest book “Scars and Stripes” on Thursday. Their conversation eventually led to the Texas school shooting and the failures of the police to act in a timely manner.

“An argument that’s, like, missing about the police is that the police don’t train the way special operations train, but yet they’re involved in combat scenarios on a regular basis,” Rogan commented.

Kennedy then linked police failures to the past Defund the Police movement pushed by progressive politicians.

JASON RANTZ: ‘I FEAR WE’RE IN FOR A SUMMER OF HISTORIC VIOLENCE’ DUE TO LIBERAL CRIME POLICIES

“So what we’re experiencing right now is a byproduct of what society’s forced the police to become, you know, they’re demonizing military training for law enforcement,” Kennedy said. “And, then, obviously, we just experienced Defund the Police. And nearly every large city has seen a crazy rise in crime. And the ones that these large cities that defunded their police to include Austin, you know, we’ve never seen homicides like this.”

Kennedy added that it was ridiculous to assume that providing “less training and less funding” to officers would result in better policing overall.

“And then the people that they’re protecting, [we’re] going to disarm. So the people coming to save them are untrained and unprepared. It’s creating this disastrous situation,” he said.

A banner hangs at a memorial outside Robb Elementary School on Friday, June 3.
(AP/Eric Gay)

“So why is it so hard to get something implemented? Like a rigorous training course?” Rogan asked.

Kennedy responded, “I think it’s ignorance. I think the first thing is society, culture right now, we’ve been emasculating the law enforcement for a while.”

He also explained that while he understood the need to tackle the issues of mental health, he emphasized the importance of “men and women that will run towards the sound of gunfire and know what to do.”

“We have been weakening them and we have been making them ill-equipped to respond to that. And then I think Uvalde is a great example of [police] not [being] properly trained, with broken systems, that are not ready to do the right thing. We will have more of that unless we get them the right training and we get our schools to become hard targets.

And then we go upstream to the origin, the genesis of these problems, which is mental health with the individual,” Kennedy said. “If we don’t do those things, then it’s never gonna be fixed.”

On June 12, a group of bipartisan senators announced an agreement on a gun package. Senate Republican Leader Mitch McConnell issued a statement supporting the agreement.

Bill text could be released as soon as Monday, with senators hoping to have a bill passed before the Independence Day recess.

Lindsay Kornick is an associate editor for Fox News Digital. Story tips can be sent to lindsay.kornick@fox.com and on Twitter: @lmkornick.