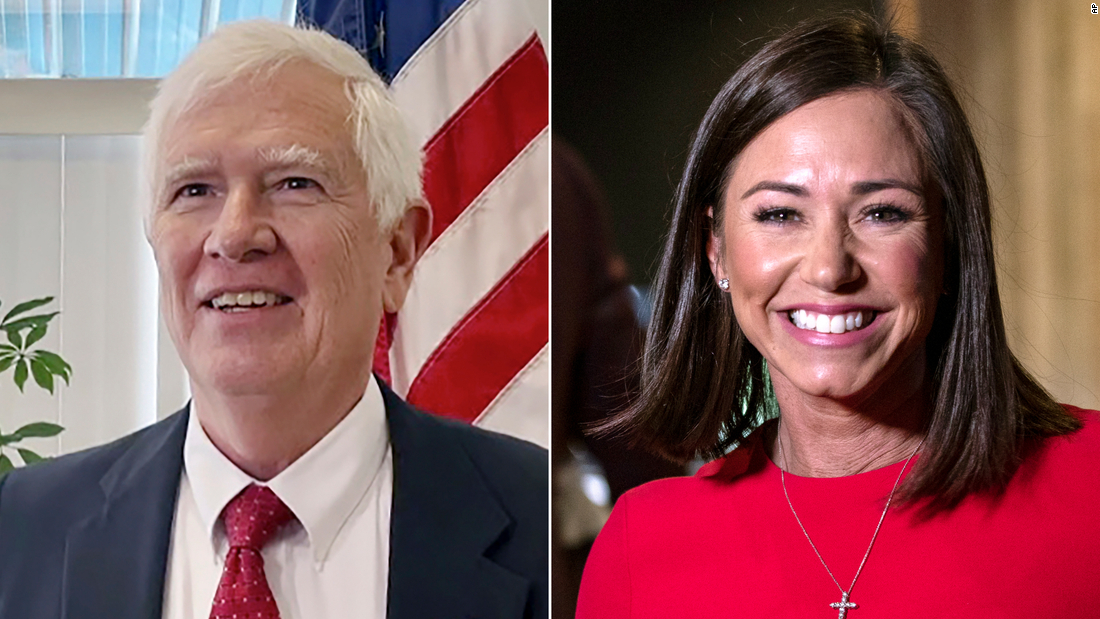 Now, on the eve of Tuesday’s runoff contest, “MAGA Mo” — as he refers to himself in campaign literature — is not just running without Trump’s blessing, he’s actively running against him. In a June 11 statement, the former President reentered the heated GOP Senate primary in Alabama with a fresh endorsement of Brooks’ rival, Katie Britt, describing the 40-year-old former top Capitol Hill aide as “a fearless America First Warrior” and infuriating allies who had worked hard to cast her as a faux conservative and establishment-friendly candidate.

“Mo’s fate was sealed the moment that statement hit his inbox,” said one Trump adviser, describing the former President’s endorsement of Britt as a “kiss of death” for the six-term congressman.

Despite rebounding to a second-place finish in last month’s primary after losing Trump’s support, Brooks is facing a monstrous uphill climb to defeat Britt in Tuesday’s runoff. Even his own allies have criticized his lack of precision over the past month, pointing to his repeated vacillation between praise of Trump and sharp criticism of the former President. It’s been “virtually the same behavior” that had irritated Trump during the primary, said one person close to Brooks.
Indeed, Brooks lashed out at Trump in an interview with AL.com last week, suggesting he “has no loyalty to anyone or anything but himself” and had “abandoned the conservative movement and the MAGA agenda in order to try to improve the reputation of his brand.” Those comments came shortly after he had pleaded for Trump’s re-endorsement in a public letter shared to his Twitter account which, among other things, likened the former President withdrawing his endorsement from Brooks in March to “a football coach, grabbing us by the face mask and getting us in gear.”

“Part of me wonders if he also knew that in pulling his endorsement, he’d bait ol’ Mitch [McConnell] into thinking we couldn’t win and get Mitch to stop attacking us,” Brooks said at the time.

In his endorsement of Britt, Trump acknowledged that Brooks’ repeated calls to look beyond the 2020 election — including multiple interviews in which he revealed that Trump had asked concerningly whether he could be reinstated as President — sealed his decision.

“His words caused me to withdraw my Endorsement, and Mo has been wanting it back ever since — but I cannot give it to him!” Trump said, describing Brooks as “woke” on the 2020 election, even though he was the first House Republican who vowed to block certification of Joe Biden’s victory on January 6, 2021.
Two people familiar with the matter said Trump never once considered re-endorsing Brooks because it would have signaled that he made the wrong choice — again. It was difficult enough for him to withdraw his support in the first place, one of these people said, noting that Trump had complained privately about Brooks for months before he finally acted publicly.
But after recent losses for his endorsed picks in Georgia, South Carolina, North Carolina and Idaho, plus a narrower-than-expected victory for his chosen Senate candidate Mehmet Oz in Pennsylvania, the former President saw an easy opportunity to pad his record with an endorsement of Britt, despite concerns among his allies about her conservative bona fides.

Prior to Trump’s endorsement of Britt, his spokesman Taylor Budowich said the former President never felt he was in a difficult spot after un-endorsing Brooks before the May 24 primary only to see him defeat third-place finisher Mike Durant and advance to the runoff.

“I don’t know that the President can get himself into pickles. He can definitely get himself out of them,” Budowich said.

Losing his faith in Brooks

While Trump’s endorsement of Britt came as a shock to some Brooks allies who spent months working to convince the former President that she would be a MAGA adversary in the Senate, others saw it as a long time coming.

Because of her weak name recognition against an opponent who has spent more than a decade in Congress, Britt, who served as chief of staff to retiring Alabama Sen. Richard Shelby and president of the Alabama Business Council, started working to change Trump’s mind about her early on in the primary.
As previously reported by CNN, Britt and her husband, Wesley Britt, a former NFL player, coordinated a brief meeting with Trump at his August 2021 rally in Cullman, Alabama, where he first grew upset with Brooks after the audience responded coldly to the congressman’s suggestion that they put the 2020 election behind them. Trump walked away from the encounter impressed with the couple, but already committed to Brooks.

“He was very impressed with Katie and, actually, frustrated that he hadn’t met with her before endorsing Mo. He said, ‘She and her husband look like winners, and they sound like winners,'” a person close to Trump once recalled him saying.

By February, Trump had asked the Britts to meet with him at Mar-a-Lago. Though the invitation arrived just days after a Super Bowl party where Trump discussed the Alabama Senate race with former New England Patriots coach Bill Belichick, a longtime pal who coached Britt’s husband, the former President was also deeply frustrated with the state of Brooks’ campaign by this point. He had already spoken with Britt twice by phone since they first met at the Cullman rally and told her as they huddled at his Palm Beach club that he was open to assisting her campaign in any way.

One month later, he ditched Brooks — citing his periodic comments about the need to focus on 2022 and 2024. “Since he decided to go in another direction, so have I,” Trump said at the time.

Brooks reacted by hitting the campaign trail, spending money he had been mostly sitting on until that point and bringing in top conservative figures such as Texas Sen. Ted Cruz to vouch for his MAGA status in the final days before the May primary. While Brooks’ allies said his quick course correction allowed him to end up ahead of Army veteran Mike Durant in the primary, Britt’s strong first-place finish — she took 45% to 29% for Brooks — meant he was bound to face an even bigger climb in their runoff race.

The person close to Brooks said he was hoping that Durant, who placed third with 23% following an onslaught of attack ads by Britt-aligned outside groups, would turn around encourage his supporters to coalesce behind Brooks in the runoff. Instead, Durant said he wouldn’t be choosing a candidate and doesn’t even plan to vote himself in Tuesday’s contest.

“Katie Britt doesn’t deserve to be a senator. Mo Brooks has been in politics for 40 years, and all he does is run his mouth. If that is the best we have, we’re in trouble,” Durant told 1819 News following his primary defeat.

Brooks’ campaign press secretary Will Hampson told CNN he still believes that voters who backed Durant in the primary will gravitate toward Brooks over his rival, while disputing the idea that Brooks was disappointed not to receive Durant’s endorsement.

“I think Mr. Durant has every prerogative to do what he sees is right, but I think when his voters take a step back, they will realize overwhelmingly that Mo is the conservative candidate and that’s what they are inclined to support,” he said.

Britt as the safe choice

If Brooks unexpectedly manages a come-from-behind victory with the support of former Durant supporters, Trump allies would be shocked. In part, they say, because of the boost Britt has received from Trump’s endorsement.

“As a first-time candidate who has never run before, and now she’s on track to beat a Freedom Caucus candidate who has run several times — that says a lot about how voters are responding here,” said Jim McLaughlin, a former Trump campaign pollster who remains close to the 45th President.

While Trump has taken his chances with some endorsements — most recently wading into a crowded Senate primary in Arizona to endorse tech entrepreneur Blake Masters — advisers said his decision to support Britt falls into a different category. After finishing more than 100,000 votes ahead of Brooks in the primary, Trump felt like supporting Britt was a safe choice — and a likely win for his scorecard — even if it was bound to aggravate some of his staunchest allies on Capitol Hill. Brooks was scheduled to participate in a tele-townhall with Kentucky Sen. Rand Paul on Monday evening, and has previously touted endorsements from Georgia Rep. Marjorie Taylor Greene, conservative radio host Mark Levin and Cruz, among others.

“She’s a rising star and could be a popular senator in Alabama,” one of the people close to Trump said of Britt. “Trump wants to drown out the noise about (his recent losses in) Georgia, and this is one way to do that.”