NH mountain hiker dies of hypothermia after being rescued 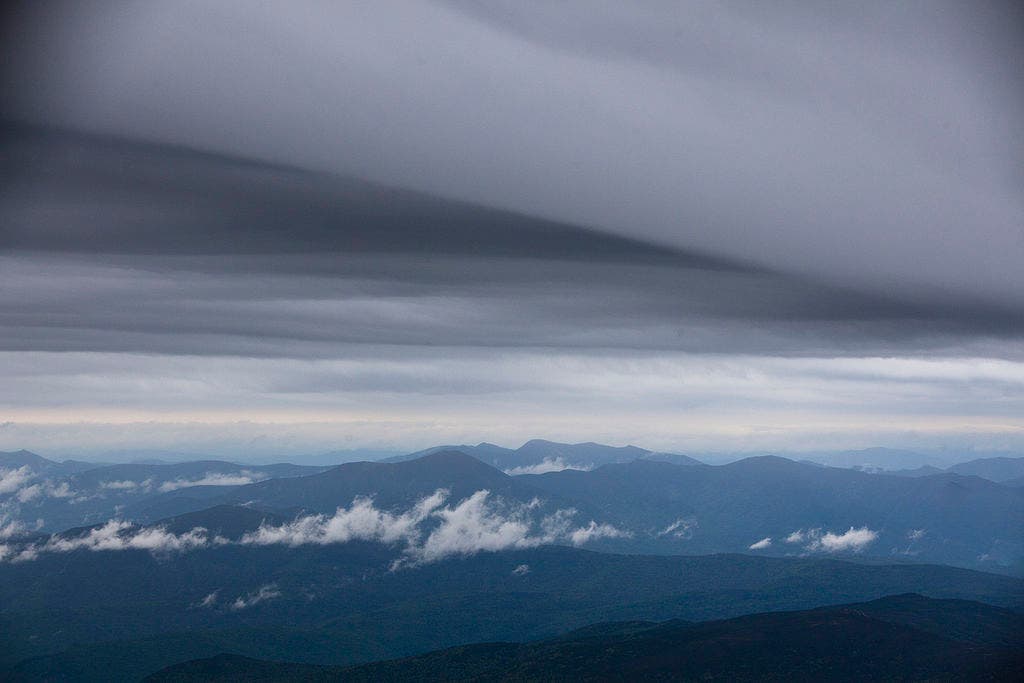 A hiker who was suffering from severe hypothermia on a New Hampshire trail near Mt. Washington died at a hospital hours after rescuers faced driving rain, blowing snow, and winds gusting to over 80 mph to reach him, conservation officers said.

The hiker was rescued from Gulfside Trail on Saturday night. Xi Chen, 53, of Andover, Massachusetts, was overcome by severe weather conditions.

Fish and Game Department officers said they heard from his wife, who said she received a text from Chen saying he was cold and wet and couldn’t continue on. “He further wrote that he felt he would die without a rescue,” the department said in a news release.

Conservation officers received multiple rescue calls that day from hikers who were on the high-elevation summits and ridgelines of the Presidential Range.

“The conditions in the high peaks were treacherous,” the news release said.

Mount Washington weather was dangerous over the weekend and led to a fatality.
( Zack Wittman/The Boston Globe via Getty Images)

Rescuers carried Chen over a mile up to the summit of Mt. Washington, where he was placed on a truck and driven down the mountain’s auto road, to a hospital in Berlin. He was unable to be revived after several hours of life-saving efforts, the news release said.