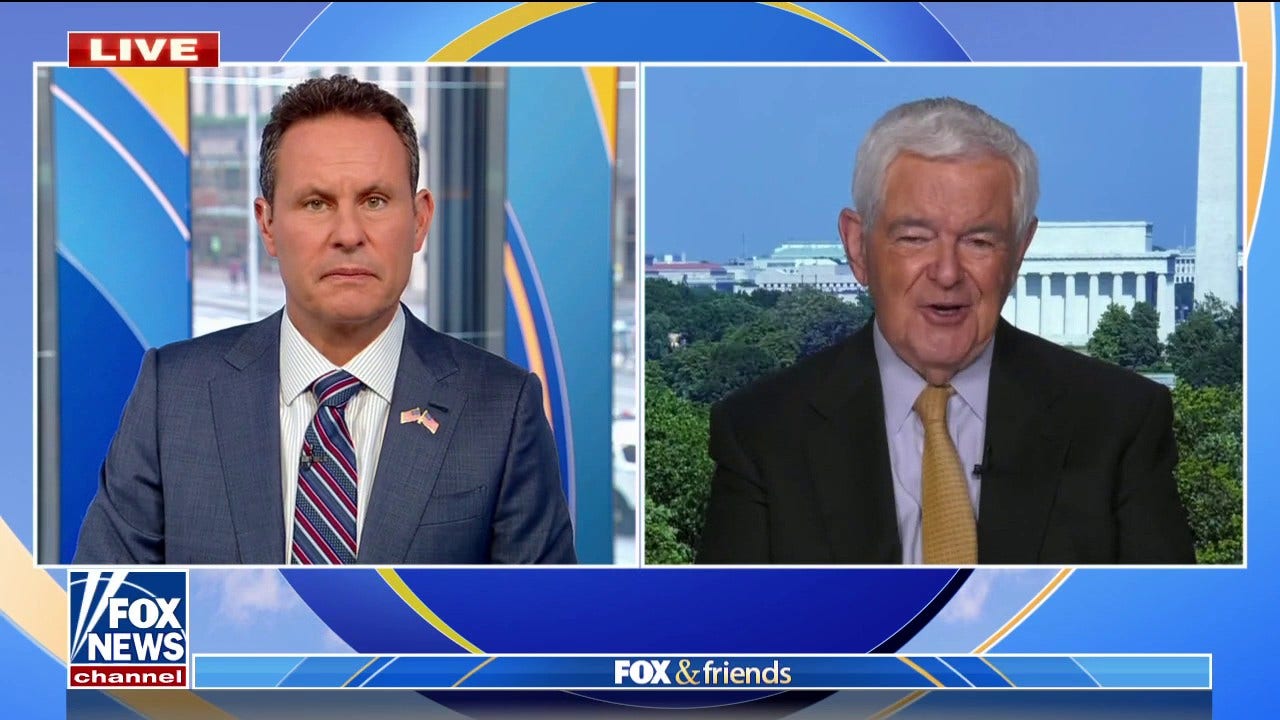 GREG GUTFELD: THE MEDIA IS DISTANCING ITSELF FROM JOE BIDEN BECAUSE THEY KNOW HE IS ‘DONE’

NEWT GINGRICH: Every week that goes by, Donald Trump’s presidency looks better. Look at his inflation rate. Look at the price of gasoline when Trump was president.

People find, I think, his personality too aggressive at times, too annoying. But his policies certainly had turned America around. In Biden’s case, he doesn’t just fall off his bicycle, he takes the country with him. And you look at Biden’s inflation record, which at present is going to be worse than Jimmy Carter. You look at Biden’s open-door policy in the southern border. You look at Biden’s allies releasing murderers. Now, there are a lot of reasons why the country on policy grounds would favor Trump over Biden, in the latest poll, I think it was like six or eight points.