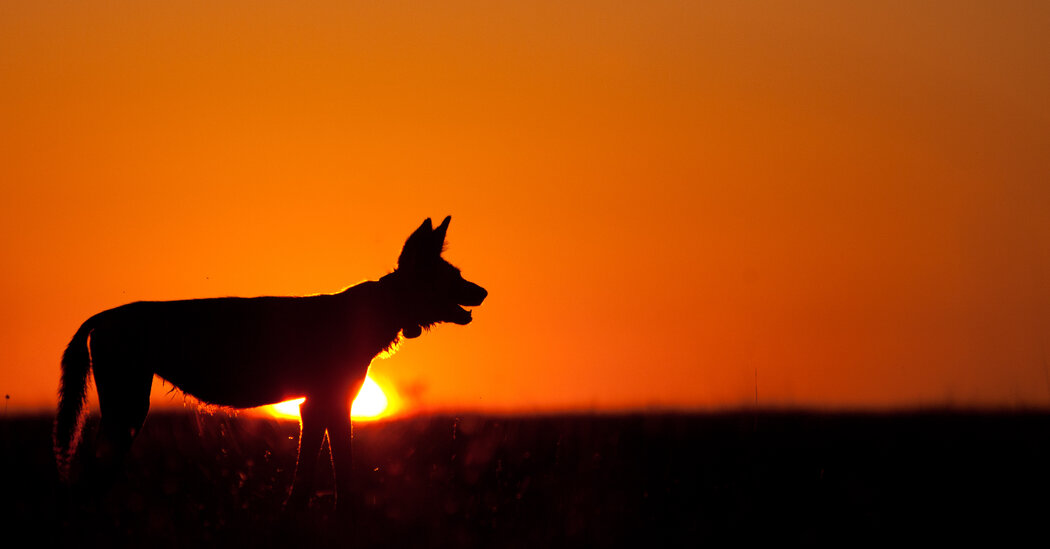 But the dogs’ small size puts them at a serious disadvantage, and a single 420-pound male lion can easily step in and claim a pack’s fresh catch as his own. Spotted hyenas will also trail after wild dogs on the hunt, and if more than two or three are playing pirates, they probably will prevail over the spoils. African wild dogs have thus evolved to stay under the radar, communicating in twitters best captured by wild dog ears, and steering clear of places where lions and hyenas — and now humans — abound. After five million years of contending with larger carnivores, “they’re preadapted to move through difficult landscapes,” Dr. Creel said.

A mad dash eastward through unprotected land to reach the Luangwa River. Really? Swim across it again — at the height of flood season? Shut up and start paddling.

If you think crocodiles are bad, try trucks. The sisters reach the Great East Road, the heavily traveled main artery that connects Lusaka, the capital of Zambia, to Lilongwe, the capital of Malawi. Presumably after looking both ways, the dogs race across the four-lane highway. They then thread their way through a belt of villages and farms. Chances are, Mr. Mwape said, “nobody even knew they were there.”

Time for another stamp on the passport: Team 1355 enters Mozambique.

Dr. Creel and his colleagues are worried. For two weeks, the dogs have hardly budged, and when they have moved, they’ve seemed desultory, directionless. The scientists fear the worst: EWD 1355 has been injured — from a snare, a fight, a fall.

The researchers sigh in relief as the dogs jump back into high gear, abandoning the settlement area and heading southeast along rough, uninhabited terrain.

A few miles from the border junction of Mozambique, Zimbabwe and Zambia, the dogs once again confront and ford the Luangwa River. They are back in their birth country of Zambia, and they head toward Lower Zambezi National Park, possibly drawn in by the rich, musky odor of a resident pack of 29 wild dogs. The Zambezi dogs are renowned for having mastered the art of preying on African buffalo, enormous and aggressive bovids that few wild dogs dare approach.