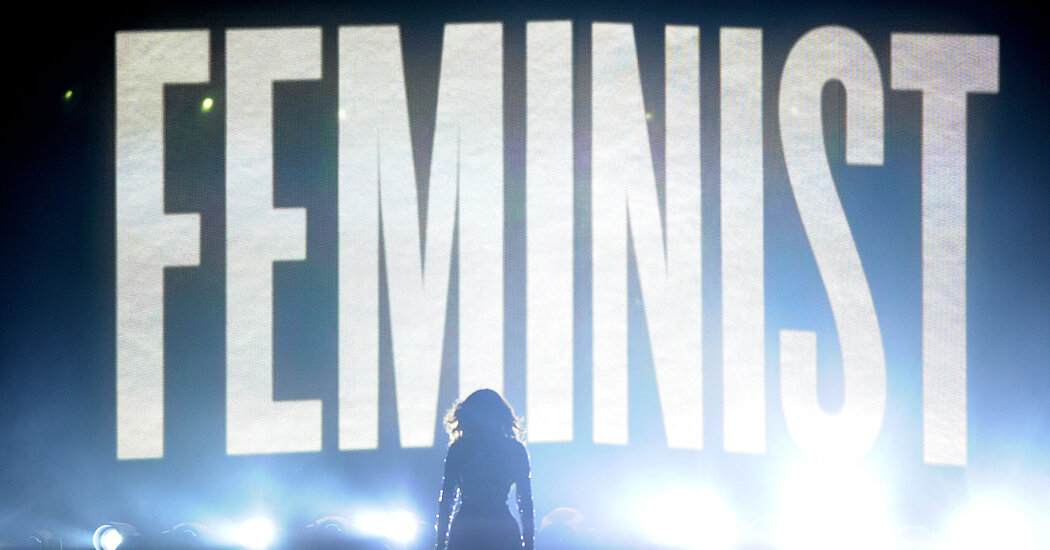 Corporate America joined in. “By 2015, you couldn’t swing a tampon without hitting someone or something that boasted its feminist import, in places you definitely wouldn’t expect: nail polish, underwear, energy drinks, Swiffers,” Andi Zeisler, a Bitch Media co-founder, noted in her book “We Were Feminists Once.” Spanx marketed Power Panties under the tag line “Powerful women wear powerful panties”— with the help of Tina Fey and Adele, who sang the shapewear’s praises. Dior sold $700 shirts trumpeting Chimamanda Ngozi Adichie’s “We should all be feminists” slogan (and donated part of the proceeds to Rihanna’s nonprofit organization). Corporations plastered “The future is female” banners on their websites and annual reports. Sheryl Sandberg (whose resignation as Meta C.O.O. came the same day as the Depp-Heard verdict) began her “Lean In” revolution by enlisting distaff A-listers (and some celebrated feminists) to post their “Lean In” moments.

At the time, it felt like a breakthrough. “Feminism’s star has ascended,” the feminist writer Jessica Valenti wrote in The Guardian in 2014. “Feminism is no longer the ‘F-word’; it’s the realm of cool kids.” Hadn’t the opposition alienated women from feminism for decades by painting its proponents as unpopular drudges? That message saturated the 1980s media and pop culture backlash: Embrace feminism and wind up unloved, unwed, barren and bonkers. If feminism was now cool, wasn’t that a step forward?

“2014 Turned Feminism Into a Brand — and That’s Not a Bad Thing,” Quartz headlined an article at the end of that year by a young feminist writer named Jessica McCarthy, contemplating the promise of what she called “the new, millennial feminism my generation is ushering in.” She understood the concerns of old-guard “feminist gatekeepers” — that a more commercial and celebrity-preoccupied feminism could undermine “the collective spirit of the movement.” But she decided there was nothing to fear. “This new wave that (critically) accepts new brands of feminism,” she concluded, “will never allow it to be sold.”

But mass pop culture was in its infancy in the 1910s, and the commanding importance of celebrities had not yet come to define America. By the mid-2010s, what had once been a popularizing adjunct to feminism threatened to become the public face of feminism itself — and a model for how to be a feminist activist.

An early referendum on these tactics came on Nov. 8, 2016, with Hillary Clinton’s defeat. In the aftermath, a vast array of unsung women returned to the old methods, nurturing a cumulative progressive awakening. Not just through the Women’s Marches that drew millions to the streets across the country but also through hundreds of local and regional organizing initiatives. Female-led grass-roots activist organizations such as Sister District, Black Voters Matter, MomsRising and Flippable showed up at town halls, convened community rallies, petitioned and canvassed and phone banked in a tradition that recalled American women’s long century of struggle for the vote.