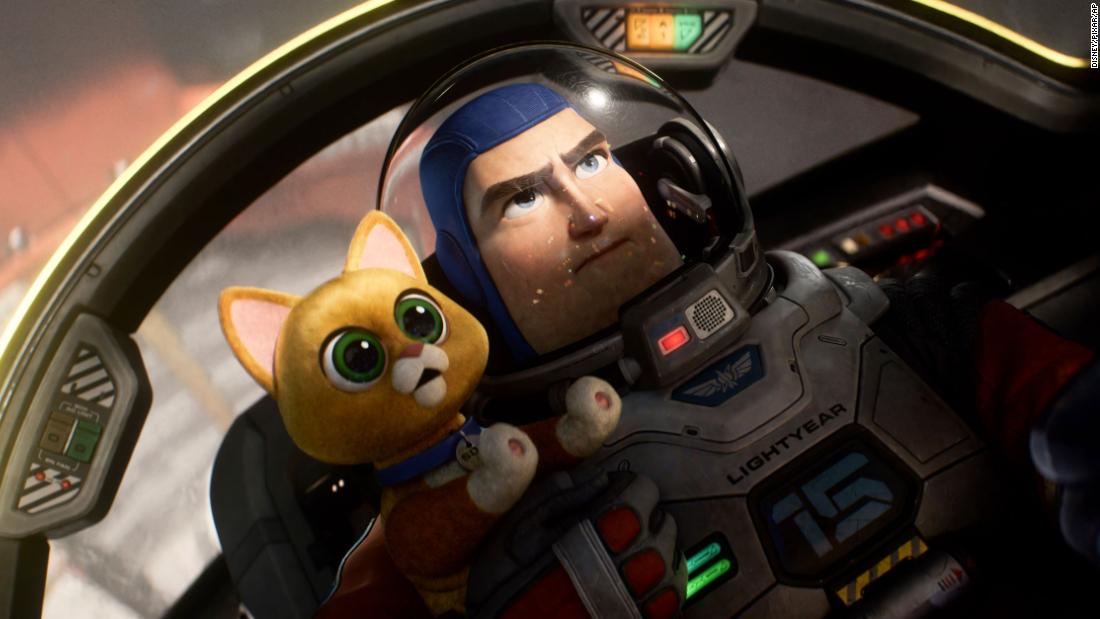 The latest film from Disney’s Pixar — which features the voice work of Chris Evans as Buzz Lightyear — opened to an estimated $51 million at the North American box office this weekend.

That number came in way under industry expectations, which projected the film to make around $70 million. The movie took in $85.6 million worldwide, according to Disney (DIS).

The film also failed to grab the top spot at the box office, opening at No. 2 behind the second weekend of Universal’s “Jurassic World: Dominion,” which made an estimated $58.6 million.

To give some context to how “Lightyear” did compared to other Pixar films, it finds itself on the back-end of openings for the studio. The $51 million opening puts it behind 2017’s “Cars 3,” according to Comscore (SCOR).

So why wasn’t “Lightyear” a bigger hit?

The film is based on characters from the popular “Toy Story” series and it notched a 77% review score on Rotten Tomatoes, which is a solid if not spectacular score. But several factors could have dampened turnout.

For starters, it may have been difficult for audiences to know what exactly the film was about. It’s not quite a “Toy Story” movie since “Lightyear” was marketed as a film about the man behind the toy rather than the toy itself. Ultimately, families might have been confused about the film and that could have steered them away.

This is also the first Pixar movie to be released in theaters since 2020. The studio’s last three films — “Soul,” “Luca” and “Turning Red” — all went directly to Disney+. The choice to send those films to streaming may have prompted audiences to stay home and wait for “Lightyear” to hit Disney+ rather than buy a ticket.

All in all, “Lightyear” may still be able to find an audience over the next couple of weeks since there’s not a lot of family fare at the box office right now. Universal and Illumination Entertainment’s “Minions: The Rise of Gru” — the next major family film — doesn’t hit theaters until July 1.

Elsewhere at the box office, “Top Gun: Maverick,” continues to do well. The Paramount film starring Tom Cruise came in third place with $44 million for its fourth weekend. That’s a drop of just 15% from last week.

The film — which has Cruise reprise his role as Pete “Maverick” Mitchell from 1986’s “Top Gun” — has made $885 million globally so far.