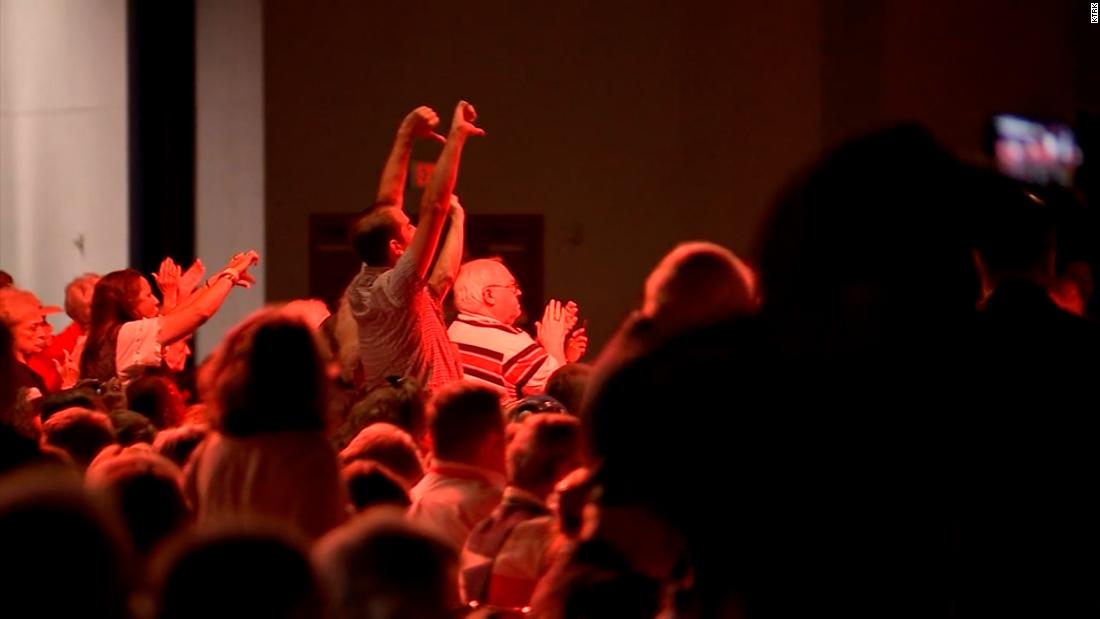 Fox News’ Tucker Carlson coined the derisive nickname after the Texas lawmaker dared to express support for beleaguered Ukraine following Russia’s barbaric attack on it.
But apparently even more heinous in the eyes of some attendees is that Crenshaw rejected former President Donald Trump’s claims that the 2020 election was stolen. One man wearing a red “Make America Great Again” hat can be seen yelling in an online video, “Dan Crenshaw is a traitor!” and “He needs to be hung for treason!”

As despicable as the behavior toward Crenshaw was, even more alarming were the actions taken by the Texas GOP and the convention’s 5,000-plus delegates.

The gathering rejected the outcome of a democratic election, supported bigotry toward the LGBTQ community and imposed far-right religious beliefs on others by seeking to have them enshrined into law. And that wasn’t half of it.

In fact, the convention showed us one thing: Texas Republicans are no longer hiding their extremism. Instead, they are openly embracing it.

Even before the opening gavel, they gave us a glimpse of the party’s extremism in the Lone Star State by banning the Log Cabin Republicans from setting up a booth at the convention.
Texas Republican Party Chairman Matt Rinaldi cast the deciding vote on the move to bar the group that has advocated for LGBTQ Republicans for decades. “I think it’s inappropriate given the state of our nation right now for us to play sexual identity politics,” Rinaldi told the Fort Worth Star-Telegram.
Once it formally got underway, the convention took a number of appalling and un-American actions. First, delegates approved a measure declaring that President Joe Biden “was not legitimately elected.” In short, the Texas GOP — like Trump himself — is embracing a lie because it’s unhappy with the election results. Put more bluntly, the Texas GOP voted to reject American democracy.
Republican delegates also booed John Cornyn, the senior US senator from Texas, at the convention Friday because of the Republican lawmaker’s role leading negotiations to reach a Senate deal on a bill to stem gun violence. Those legislative efforts follow last month’s horrific shooting that claimed the lives of 19 schoolchildren and two teachers in Uvalde, Texas.
The platform approved at the convention called for repealing or nullifying gun laws already in place, such as the Gun Control Act of 1968, which prevents felons and other dangerous people from being able to purchase a gun legally. Apparently, the Texas GOP believes that even dangerous people should have a constitutionally protected right to buy a gun.
The Texas GOP platform also embraced ramping up anti-abortion rhetoric in public schools. For example, the platform states that “Texas students should learn about the Humanity of the Preborn Child, including … that life begins at fertilization.” It even seeks to force students to watch “a live ultrasound” and for high-schoolers to read an anti-abortion booklet that critics say “includes scientifically unsupported claims and shames women seeking abortion care,” according to The Texas Tribune.
It sounds like the curriculum that you might find in a theocratic government such as the Taliban — not one in the United States funded by taxpayer dollars. But the GOP in large swaths of this country is no longer hesitant to support laws to impose its religious beliefs — as we see with measures some Republicans champion that would totally ban abortion. The GOP convention’s document additionally urges officials “not to infringe on Texas school students’ and staffs’ rights to pray and engage in religious speech.”
The Texas GOP platform also does its best to demonize those in the transgender community. It describes transgender people as suffering from “a genuine and extremely rare mental health condition.” And it sees sexual reassignment surgery as a form of medical malpractice.
The platform takes aim at gay Americans as well with the statement that homosexuality is “an abnormal lifestyle choice.” Instructively, the Texas GOP platform did not include such language in 2018 and 2020.

This platform gives us a glimpse into the views of the Republican base on key issues that in turn will pressure GOP elected officials in Texas — and possibly beyond the state — to adopt similarly extreme positions or run the risk of a primary challenge from an even more extreme Republican.

What caused this move to the far right? Brandon Rottinghaus, a political scientist at the University of Houston, told The Texas Tribune about the state GOP’s new extreme platform, “Donald Trump radicalized the party and accelerated the demands from the base.” He added alarmingly, “There simply aren’t limits now on what the base might ask for.”

I agree — in part. I don’t think Trump radicalized the base — rather he simply gave people permission to be who they always wanted to be.

But I agree with Rottinghaus that there are now no limits for what the GOP base might seek — be it rejecting election results it doesn’t agree with to enacting more laws based on extreme religious beliefs. And that should deeply alarm every American who wants to live in a democratic republic.