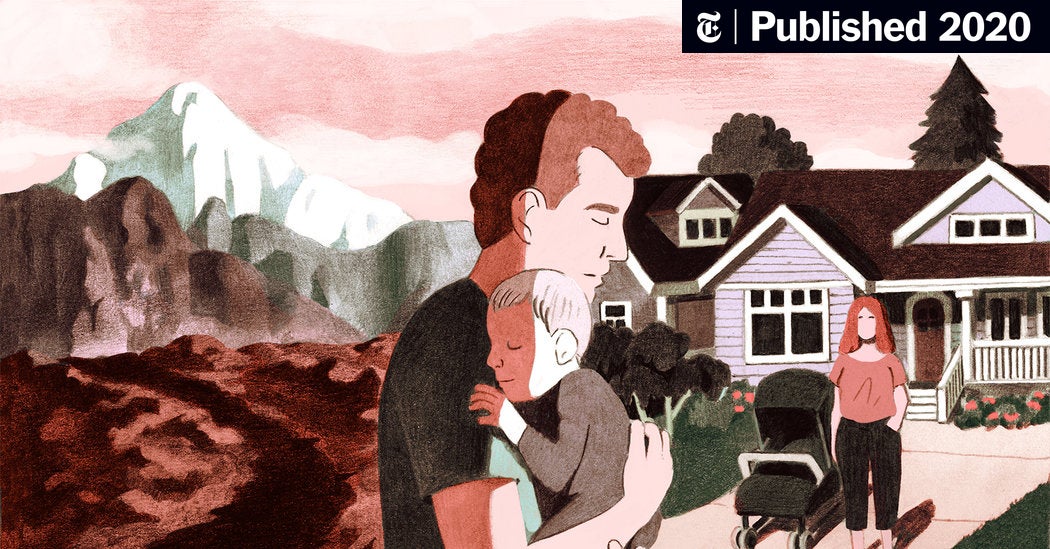 When I first heard my wife was in labor, I was 700 miles away, preparing for a 10-day dive trip. I was waiting for the weather to clear so I could get on a boat with a National Geographic photographer to travel to a remote island to shoot manta rays.

Why would I schedule a reporting expedition so close to such an important event? Well, the obstetrician said the baby would be late, so I would have at least five days to spare. You see, I swore that fatherhood wouldn’t change me. I was an environmental journalist, adventurer, explorer and former mountain guide. I said things like, “The baby will have to adapt to my lifestyle, not the other way ’round.” But from the start, the kid had other plans.

We were living in Mexico City at the time, so, after getting the call, I bought a ticket for a last-minute flight, bribed a cop to take me to the airport and caught a ride with a taxi driver who drove 25 miles per hour through bumper-to-bumper traffic blasting the theme song to James Bond the whole way. To this day I’m not sure how I made it in time.

And then I was a father. I had always assumed I would go right back to what I was doing, and for a while I did. I published a book about belief and medicine and went deep into the story of the endangered vaquita marina, or Mexican porpoise. But it wasn’t the same — something had shifted.

Today, I live in the suburbs and edit stories about occupational therapy and baby spit-up. And I love it (both topics are fascinating, it turns out). As a journalist, I have always been led by what I felt were the most important stories to tell, those that make differences in people’s lives. My son didn’t adapt to my lifestyle and he didn’t stop me from exploring. He showed me a whole new world of stories to discover.

My life has swiveled from a constant search for inspiration to a constant effort to inspire the little person I helped make. And I’m not alone in this mission.

Expectations for fathers have changed over the past few decades, said Mark Anthony Neal, Ph.D., a professor of African and African-American studies at Duke University, who studies how society perceives masculinity, especially in the media. “We expect fathers to be more nurturers now,” he said. “We expect them, more so than we did 40 years ago, to try to make a space in their professional lives with their children.”

Switching my young illusions of manhood to actual fatherhood was jarring. I’ve been at this for four years now, and I’m just starting to understand how I have changed. Take rock climbing, for example. It’s harder to take even small risks because a little voice in my head keeps whispering that I have a family now. And there’s a part of me that is sad about the dust collecting on my wetsuit.

It’s difficult in today’s world to reconcile our ideas of being a real man with being a caring father. It’s easy to feel we are failing at both. So, I turned to two fathers who have always inspired me with their adventurous spirit, starting with a mountaineer.

It’s hard to say who the greatest living mountaineer is. Different people have particular specialties on big mountains, steep overhangs or tiny boulders. For my money, it’s Tommy Caldwell. In 2005, the summer before I started journalism school, I climbed El Capitan in Yosemite National Park. Caldwell was up there at the same time, climbing arguably the hardest long route anywhere — the Nose of El Capitan. He and his partner were only the second team to do it.

In 2013, Caldwell’s first child was born. That same year he climbed an entire Patagonian ridgeline, including the ice monster, Fitz Roy, for the first time ever — seven massive peaks in one go. Then he climbed a route on El Capitan called the Dawn Wall, which spurred a documentary film and still might be the hardest climb of its kind in the world. Two career-making achievements in one year, with a baby in his life.

“You think you’re busy, and then when you have kids you redefine that,” said Caldwell. “Having this kid has turned me into a higher producing individual — I kind of really love it.”

When his son was born, he worried that he might lose his edge, the way I did two years later. That he would be 5,000 feet off the ground in some perilous moment and he would hear his baby’s laugh in his head and wouldn’t be able to continue. But fear of his own fear drove him to push himself.

Lately he’s started to throttle back, however. He wrote a book, he’s turning down expeditions to Patagonia, and he’s doing more speaking gigs and environmental work. He’s wondering if being a professional athlete is really as important as it once was. I asked him if he regrets becoming a dad and a husband.

“I’d certainly be going off to the Himalayas two or three times a year, I’d be going on big expeditions all the time,” he said. “I’d probably be dead right now if I didn’t have a wife and kids. And my life is so wonderful.”

When I bring up my own existential worries about losing myself to parenthood, Caldwell looks puzzled. He doesn’t worry about his identity nor the kind of father he is becoming. Anxiety and regret aren’t a very big part of his life, he said. A career chasing mountains has taught him to live comfortably in the moment.

My next phone call took me from the highest mountains to the deepest seas, and arguably the most amazing job on the planet. Brian Skerry grew up in a small working-class Massachusetts town. Most of his friends and family worked in a nearby textile plant, and as a young man he sold packaging cardboard. But he nurtured dreams of being an underwater photographer.

“My daughter was born in 1997, and I got my first assignment from National Geographic in 1998,” said Skerry. “And that was the Holy Grail for me. That was the Mt. Everest, the thing I wanted most.”

Since then, Skerry has balanced a family of four with an impossible shooting schedule that keeps him on the road for as many as eight months a year. Currently, he is shooting his 29th story for National Geographic magazine, an incredible feat in one of the most competitive fields on earth. He took 36 reporting trips last year; he has swum with whales, sharks and U.S. presidents. He’s spoken to the U.N. General Assembly and at Davos. His work hangs in the homes of world leaders and celebrities, along with countless museums.

Skerry has seen things underwater that the rest of us can’t imagine. I asked him if he had a time machine what he would like to do once more. He paused, then he talked about a time when his daughters were young, and he would become a tickle monster and chase them around the house.

“As many amazing wildlife encounters as I have had throughout my career,” he said, “if there was one thing I could go relive, it would be those times with my daughters.”

His children are almost grown now. He said he never missed the important days, the Christmases and the birthdays. His kids hang out with people like oceanographer Sylvia Earl and primatologist Birutė Galdikas, and he said his family has always been more important than his camera, but there is a wistful note in his voice. Not for missed white sharks but for bygone tickle sessions.

Skerry has done a good job imparting his sense of adventure. His older daughter is starting her own career, not in environmentalism or photography, but in Broadway theater.

So there you have it: two of my heroes — both great dads — one at the beginning of fatherhood, the other looking at an empty nest. The first is a professional athlete who laughs off the notion of midlife crises, and the second a consummate explorer telling me to savor the sweet moments before they’re gone.

Our culture often tells boys they can’t be great men and great dads. Great men take charge, travel the world and put their work above everything else. Great dads spend an entire weekend drawing weird monsters, giving them funny names and making up stories about them. And at some point, we have to choose.

Dr. Neal said his own ideals shifted when he had children, though more when they were teenagers. Previously he aspired to be a scholarly ascetic, a man unattached and plunged deep into his work. “Living the life of the mind, and not having to worry about the world,” he said. “That, of course, doesn’t work with kids.”

While he found fatherhood made him more efficient, he admits a twinge of envy while watching the careers of his childless colleagues soar. Still, he wouldn’t trade away the opportunity to drive his daughter to swim practice and talk about her day. And to set an example of modern masculinity for them.

For me, the choice between explorer and dad made itself. I’m just not driven to spend weeks in a Guatemalan jungle visiting archaeological wonders anymore. I’ll probably never bag that peak in Antarctica. My old life just isn’t as interesting as it had been, nor is my precious self-image as an intrepid foreign journalist.

These days, I’m happy to stay home and just watch a tiny brain grow and discover the world. To make up ball games and play “Sorry.” To watch my little family flourish. I was so worried that fatherhood would force itself into my perfect adventurous life that it never occurred to me that, one day, I would happily let it in.