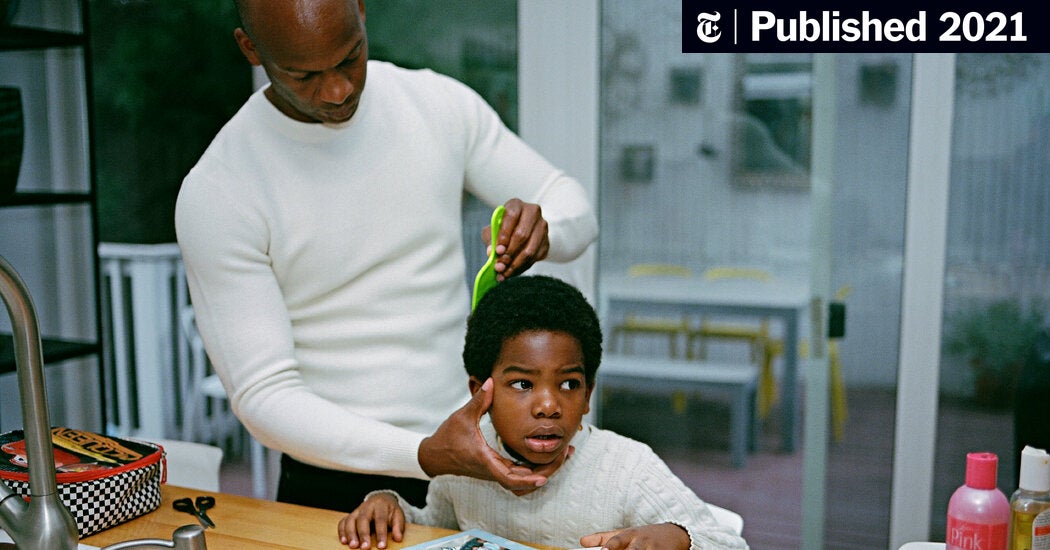 When Bart Heynen showed up at a Brooklyn home of a family he hoped to photograph in 2015, his subjects weren’t quite ready. One dad was busy finishing some ironing and the other was cleaning the house, newborn son in arms.

The scene struck Mr. Heynen, himself a father of two sons, as profoundly normal. “They just looked like any other parents that love their children,” he said.

The family was the first of many Mr. Heynen planned to photograph for a book of photography featuring gay fathers and their children. His original idea was for each family to pose on the corner of their block to illustrate that, “See? We exist all over the city,” he said. But after the Brooklyn shoot, he changed the concept to focus on fathers in the middle of their day-to-day realities. He spent the next four years with 40 families across the country, compiling their quiet moments into his recently-released book, “Dads.”

American culture has not been particularly starved of images of gay fatherhood, particularly in recent years. Celebrities like Anderson Cooper have helped normalize the idea of gay men raising children, and it no longer feels revelatory to see them on television, as it did when “Modern Family” premiered in 2009.

Less common, Mr. Heynen said, are images of gay fathers who aren’t Instagram ready — like two men combing their daughters’ hair or tossing a football in the front yard. Capturing these honest, personal moments wasn’t always easy. His subjects often wanted to present their families as traditionally as possible, he said, in their best clothes and smiling at the camera. It’s an understandable impulse, which he attributes to a desire among gay parents to feel “normal” after having their capabilities as parents continually called into question.

Eventually the families relaxed, allowing him to capture their intimate moments. In one, two bare-chested dads engaged in skin-to-skin contact with their hours-old baby. In another, a gray-haired couple look on, beaming, as their son shares a kiss with his fiancé. The images aren’t flashy, Mr. Heynen said, but rather a celebration of the day-to-day lives of gay fathers.