Juneteenth Is a U.S. Holiday, but Not a Day Off In Most States 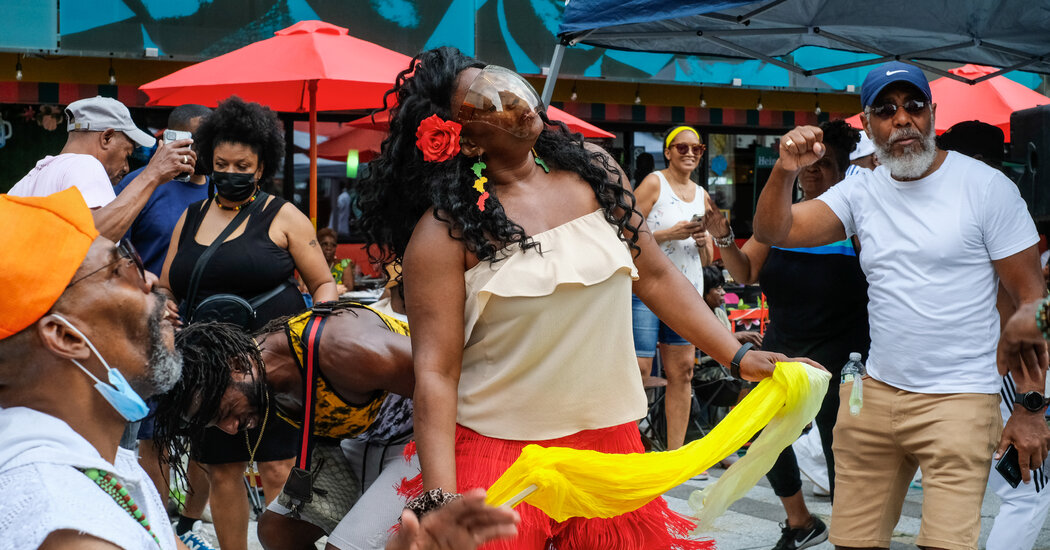 “This is something that Black folk deserve and it was like we had to almost prove ourselves to get them to agree,” said Anthony Nolan, a state representative in Connecticut, where legislators argued for hours earlier this year before passing legislation to fund the holiday.

Juneteenth commemorates the events of June 19, 1865, when Gordon Granger, a Union general, arrived in Galveston, Texas, to inform enslaved African Americans of their freedom after the Civil War had ended.

The day has been commemorated by Black Americans since the late 1800s. Though all 50 states have recognized Juneteenth by enacting some kind of proclamation celebrating it, its full adoption as an American holiday has yet to take root.

In Tennessee, Gov. Bill Lee, a Republican, said state employees should have the day off and set aside more than $690,000 in the annual budget to cover the overtime costs of any employee who worked on Juneteenth.

But when the bill came up for discussion during a February committee hearing, Senator Joey Hensley, a Republican, said that he had spoken with more than 100 constituents about the holiday. Only two knew what it was, he said.

“I just think it’s putting the cart before the horse to make a holiday people don’t know about,” Senator Hensley said during the hearing. “We need to educate people first and then make a holiday if we need to.”

The bill came out of committee but was taken off the legislative calendar later that month.

The resistance from some legislators recalls the tension that sprang out of efforts to make the Rev. Dr. Martin Luther King Jr.’s birthday a paid holiday throughout the country.

President Ronald Reagan signed Dr. King’s birthday into federal law in 1983, but by 1990, Montana, New Hampshire and Arizona still had not made the day a legal holiday. In 1986, Bruce Babbitt, the governor of Arizona and a Democrat, enacted the holiday, but his successor, Gov. Evan Mecham, a Republican, quickly rescinded it the following year, because he said the governor did not have the authority to take such action.

In 1990, Arizonans voted against a measure that would have made the day a paid holiday, leading Stevie Wonder, the Doobie Brothers and Public Enemy to boycott the state in protest. The N.F.L. also stripped the Phoenix area of its rights to host the 1993 Super Bowl.

The Juneteenth commemoration marks the legal end of slavery in the United States, a hard-fought achievement of the Civil War. General Granger’s announcement in 1865 put into effect the Emancipation Proclamation, which had been issued more than two years earlier by President Abraham Lincoln, on Jan. 1, 1863.

The proclamations issued across the country are “just largely symbolic,” said Mark Anthony Neal, a professor of African American studies at Duke University.

“If you really want to put skin in the game, you make it a paid holiday,” he said. Such actions show state employees, he added, that “‘this is a sacrifice on our part.’”

It also forces a recognition that Juneteenth is a day that should be commemorated by all Americans, not just Black citizens, Professor Neal said.

“You think of Juneteenth and Independence Day as kind of bookends to this idea of American democracy and freedom,” he said.

Texas became the first state in the country to make Juneteenth a paid day off in 1980.

When Mr. Biden signed the holiday into federal law on June 17, 2021, eight other states had already made it a paid holiday.