Opinion: How to stop mass murderers 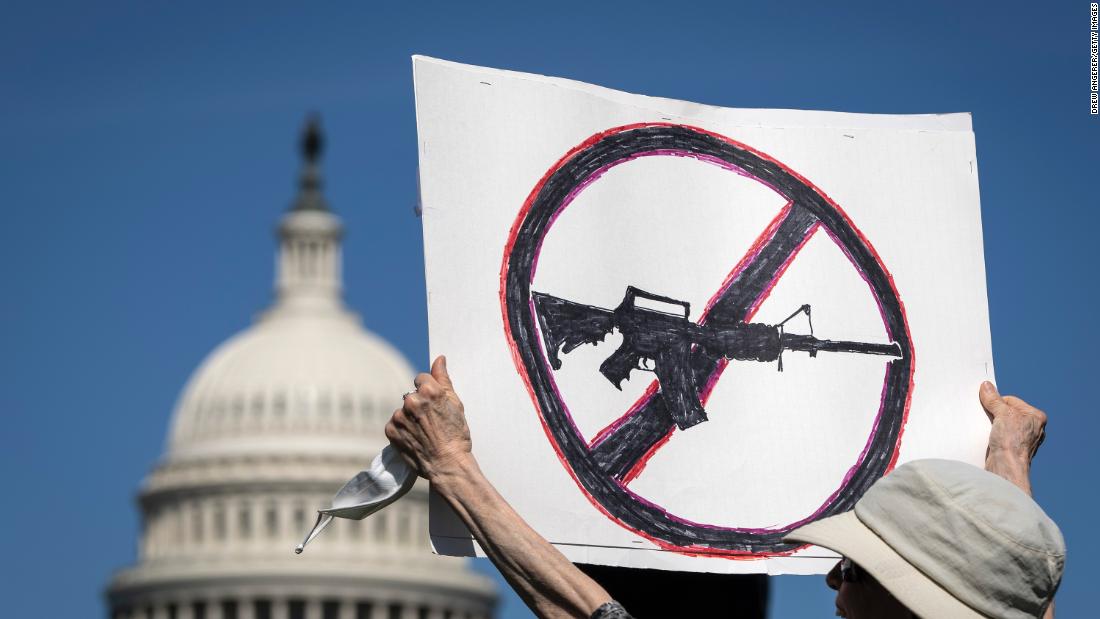 I spoke to Meloy earlier this week. Our conversation was edited for clarity.

BERGEN: What are the most ridiculous things people tend to say after a school shooting or a terrorist attack?

Our first studies of murderers began to be published in the mid-to-late 1990s. We see a small proportion of these individuals having a diagnosed mental disorder, but it’s typically not the majority of cases. And it also became apparent that murderers did not, as the public then believed, simply “snap” — which was also a term that was widely used at the time by the media — but that these individuals had spent considerable time planning their targeted attacks.

BERGEN: Are there commonalities between a terrorist and a school shooter?

MELOY: Typically, what we see in these cases, whether they’re terrorism-driven or whether they’re not ideological, is that there will be planning and preparation. Typically, research precedes that. It will go on for weeks, if not months — this is what we term being on a “pathway to violence.”

Another characteristic that’s shared is that even when you peel away the ideology motivating some of these individuals, you will oftentimes find in both groups a personal grievance, and the grievance typically is a major loss that may be cumulative, or it may be one event that has happened to them. The loss could be the loss of a job. It could be the loss of an important relationship. Typically, it is a loss that heavily impacts their day-to-day life.

There is first the loss, and then there’s humiliation, anger and blame, and then what follows is the person deciding that there is only one solution to this grievance, and that is to carry out a violent act. That element is very important because everyone has had a personal grievance at various times in their lives, often multiple grievances, but they don’t typically choose violence as a solution to their problems.

BERGEN: Can you walk us down the “pathway to violence”? What’s the process?

MELOY: The stages are as follows. The first one is a personal grievance. Secondly, there’s what’s called ideation or violent ideation. In other words, a person decides that violence is the only solution to this particular issue or problem, and they then make the decision to intend to be violent. Thirdly, they start to research how they could carry out an attack on what their targets might be. Fourthly, they begin to plan and prepare for the attack, and that typically tends to be much more of a tactical and specific focus because you’ve decided whom you’re going to attack and the means by which you’re going to attack. The next stage is typically a probing or breaching of the security surrounding the target. Lastly is carrying out the attack.

BERGEN: What are some interventions that might work to stop an individual from going down the pathway to violence and carrying out an attack?

MELOY: We think of interventions in three ways. One is way upstream on the pathway to violence, by trying to change the motivation of the individual to carry out an attack. It could be getting a depressed and angry student in high school into psychotherapy. The paradox here is if you make that intervention successfully, you never can know for sure whether he would have attacked if you hadn’t done anything. So way up on the pathway, the interventions tend to focus on trying to effect motivation.

In the midrange of the pathway to violence that’s where, for instance, gun safety and gun control becomes very important. You’re going to try to inhibit and prevent an angry 18-year-old from getting an AR-15 semi-automatic rifle. So you’re trying to inhibit at the level of means.

And then way down on the pathway just before an attack, the focus is on the opportunity. How do you harden the target so the person cannot access the target?

The movement along the pathway to violence with its different stages is typically the same, whether it’s a terrorist or a school shooter, and along the way, one of the most fascinating things is these individuals will engage in “leakage,” which is communication to a third party of the intent to attack. And in one study, we saw that more than half of the time, the individual told a third party what they were planning to do.
What frustrates me is that there is a continuous failure of many individuals to take “leakage” seriously and report it to some authority. They often hear a person articulating their violent intent, and they minimize it or deny that they actually heard what they heard, and then they don’t report it. And then a horrible event unfolds. That for me is always very difficult to see repeated again and again as these attacks unfold and to see events such as those in Buffalo and Uvalde, where these killers were troubled and made a number of warning behaviors prior to their attacks, and there was little or nothing done to try to stop them from doing what they were about to do.

However, there are also people who engage in “leakage” who don’t carry out an attack. So you’ve got this paradox that is sometimes very difficult for the public to understand. I worry about complacency, and that even affects people like me who are looking at these cases all the time. You might think: “Well, here’s another case of leakage where there was actually no intent to carry out the attack.” But you just don’t know that. What that means operationally is you have to investigate every case of leakage.

BERGEN: What are typical warning behaviors that should be concerning, and why do people not report them?

MELOY: I want to highlight three warning behaviors. The first one is what we call “pathway,” and pathway is where the individual is engaging in very specific tactical planning and preparation for their act of violence. This could be doing specific research about how to build a bomb, trying to secure materials to do so, and some people are aware that something suspicious is going on and they don’t report it.

It could also involve an individual accumulating firearms or accelerating their frequency of practicing with those firearms and then making comments to people about their intent to attack. We call that “pathway warning behavior” when we start to see those markers of tactical planning.

A second warning behavior its what we call “identification,” which is where an individual identifies oftentimes with previous shooters and they make statements on social media. They put out information to other individuals in their social circle, and much of this now is being done on the internet through various chat rooms or it may be more private direct messaging.

It could be posting on a Facebook page, where the individual will post photos or images or make statements about admiring a particular attacker or a school shooter. The best example of that is the attacker at the high school in Parkland, Florida, where 17 people were killed in 2018. A few months before he carried out the massacre there, he had posted on a YouTube channel this statement: “I’m going to be a professional school shooter.” That kind of statement is a statement of self-identity or identification, where you want to become an attacker.

We see this also in the terrorism realm. Would-be terrorists might show, for instance, a preoccupation with ISIS, and then they post on their social media. They may make admiring statements about certain terrorist groups or certain individual terrorists, and then one day, they post this statement, “I am a soldier for ISIS.” What they’ve done is they’ve shifted from a preoccupation with ISIS to identification with ISIS, shifting from what they’re thinking about all the time to who they want to become.

The third warning behavior is what we call “last-resort behavior.” What that means is that the person decides in their mind, “I must act, and I must act now.” So we’re always looking for last-resort statements that the individual is making, and a lot of times, this information will be posted on social media accounts, but the attackers are becoming smarter, and, typically, they’re not posting this material until an hour or two before the attack because they know that these statements might also play a role in whether or not they’re going to be stopped.

BERGEN: Many Americans are unaware of this “pathway to violence” framework, and they aren’t aware of the emerging discipline of “threat management” to try and prevent individuals from going down that path. When did work on this start?

MELOY: The work in this area began in earnest in the mid-to-late 1980s. Traditionally, law enforcement understood acts of violence as individuals getting very angry, and they’d lose control and be violent toward another person. But what emerged out of this work was the understanding that there was another mode of violence called “predatory violence,” which differs from simply getting angry and becoming violent in that it’s premeditated. And this predatory violence and its understanding became a core aspect of targeted attacks and how these individuals moved forward and carried out attacks.

BERGEN: Seeking some kind of fame seems to be an important driver for a number of mass shooters. Is a solution to that not naming the perpetrator in media accounts, whether they’re a terrorist or a school shooter?

MELOY: I’m very happy that the responsible media has taken that approach where typically they’re not publicizing the photograph of the shooter, particularly in tactical gear, which used to happen all the time. Secondly, the suspect’s name is not being publicized to the degree that it used to be, and I think that does tend to dampen down one of the dark ripple effects of these events, which is other individuals will follow prior shooters and want to learn as much about them as possible so they can do two things: They can imitate them, and they can also try to kill more people than them.

BERGEN: In the what-can-be-done category, we’ve talked about the media, not inadvertently lionizing some of these perpetrators. What else do you recommend?

MELOY: I think the approach we have to take is the public health approach. There are two main levels to this: There’s primary prevention like we saw with Covid-19 vaccines. You don’t know who’s going to get Covid-19, but what you do is you try to get as many people vaccinated as possible.

Now, the translation of that into the threat management of potential mass shooters is the better regulation of firearms in the United States, and that is the primary prevention approach that you see being carried out at the federal level in a very weak form.

What we need is universal registration of firearms and much closer regulation of individuals purchasing firearms. And that’s primary prevention, because you don’t know which one of those individuals is going to want to carry out an attack and try to access a firearm amid the millions of very responsible gun owners all over the country. So you protect the Second Amendment, but none of our freedoms are absolute: You typically have certain conditions and measures of responsibility for exercising your rights.

Some states now mandate threat assessment management teams in their secondary school systems. Way upstream on the pathway to violence, that may mean more publicly available mental health care. Way downstream close to an attack, it becomes oftentimes law enforcement intervention. So you tailor the intervention to where you see this individual, where they are on the pathway to violence, how fast are they moving, and what kind of intervention can be done to try to mitigate the risk.