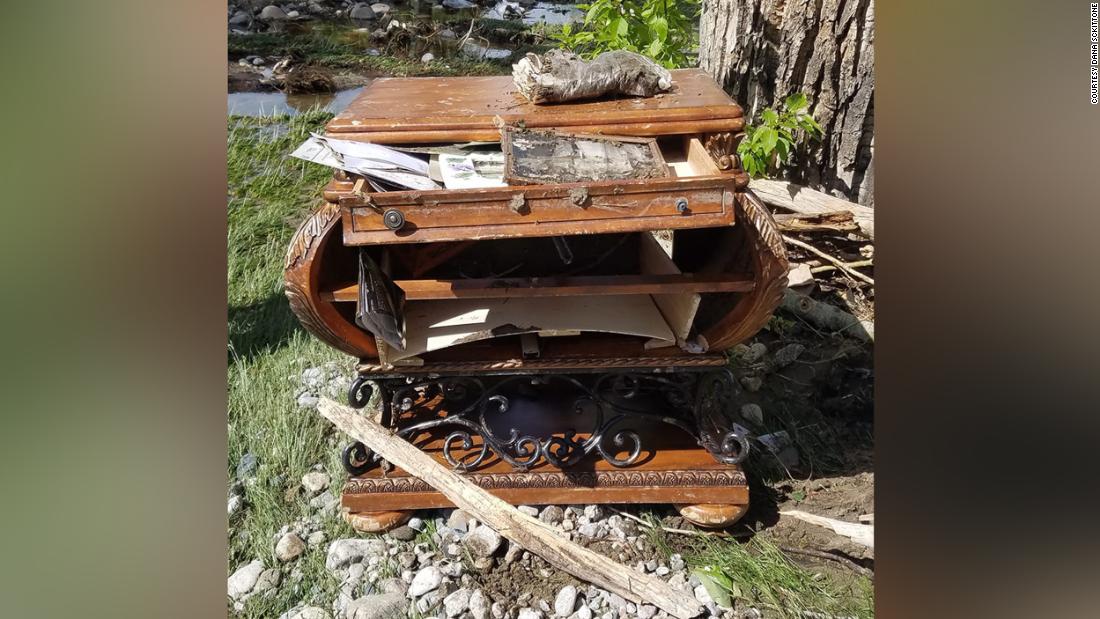 Community members are now doing what they can to help each other rebuild and recover.

While Courtney Halvorson’s home was left undamaged, her grandparents’ was not. Milt and Kathy Bastian live on the corner of Broadway Avenue and Rock Creek, Halvorson told CNN on Friday.

“The house held out pretty well until at one point the front wall ripped off,” Halvorson told CNN. Her grandparents were not home, as they had evacuated to another family member’s home.

“Neighbors told us they saw their (her grandparents’) furniture fly out of the front room and down the street,” Halvorson said.

One of those pieces of furniture was a dresser filled with old family photographs.
As cleanup began, community members came across household items scattered across the town.
A local park turned into a makeshift “lost and found” as neighbors recovered these items. Many took to the community’s Facebook page to post about their findings.

It was on Facebook that Halvorson spotted a post that included a photo of her grandparents’ dresser and photographs — most of which were still in good condition.

After commenting on the post, she was able to locate where the dresser and photos were and reunite them with her grandparents.

“The most heartwarming photo that was found was my grandmother’s parents’ wedding picture,” she said.

Each day more and more items keep appearing at the park, Halvorsen said, some belonging to her grandparents.

“My grandparents left their house with nothing and were fully convinced they would lose everything,” she said, “finding those pictures that are irreplaceable definitely brought happy tears and smiles to their faces.”

It will be a while until the Bastians can go back to living in their home as the first floor is completely ruined.

“Debris, trees, and rocks are basically all the way up to the roof of the first floor,” Halvorsen said.

As for now, the community continues to help each other rebuild and reunite with their belongings.