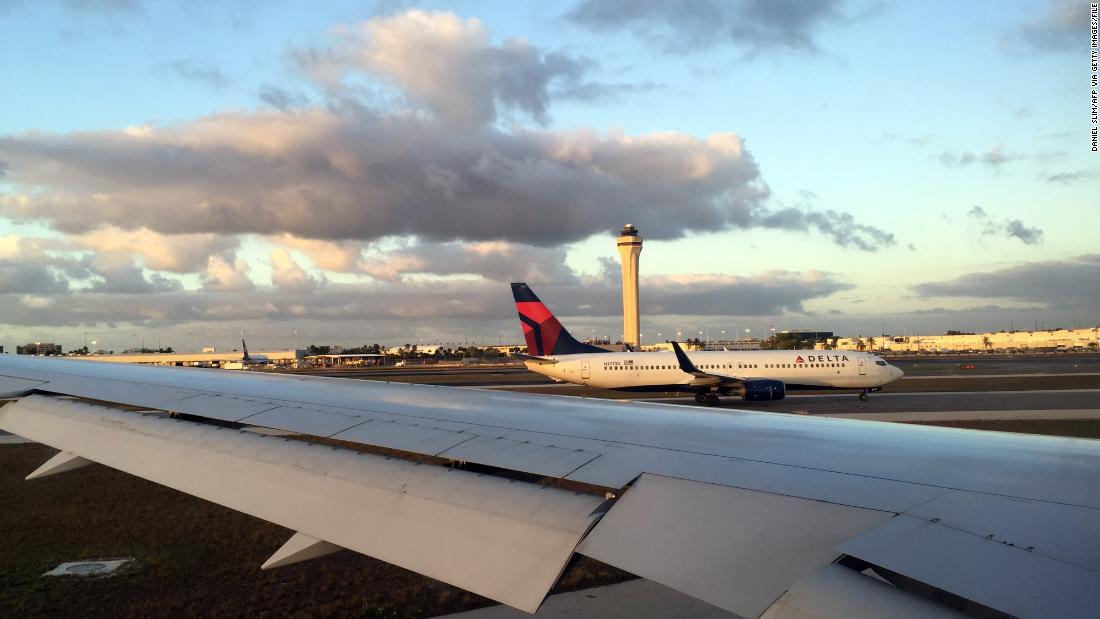 (CNN) — Transportation Secretary Pete Buttigieg urged airline executives in a private conversation on Thursday to review their flight schedules and take other steps to soften the impact of summer flight cancellations, according to a source familiar with the call.

The source said Buttigieg asked CEOs on the call to talk through plans to prevent and respond to disruptions over the July 4 holiday weekend and beyond.

The Thursday evening call came on the same day that airlines canceled more than 1,700 flights, according to flight tracking data from FlightAware, largely driven by East Coast thunderstorms.

In this case, there was little airlines could do. Air traffic controllers issued ground stops at six airports, including the three major hubs in greater New York City.

But the disruption rippled into Friday. FlightAware reported that airlines canceled more than 1,250 US flights, many from East Coast airports, as of 3:30 p.m. ET.

The call also addressed air travel to and from Florida, a region dense in commercial air travel that has caught officials’ attention.

After carriers raised concerns that the Federal Aviation Administration was not properly staffed for flight numbers, the agency said this week it is “placing additional air traffic controllers at facilities in Florida to support our long-term strategy of staffing to increased traffic demand.”

Buttigieg thanked the airlines for working with the FAA to improve the situation, including using alternative routes to ease congestion, the source said.

Airlines for America, the trade group representing many of the participants, said in a statement that airlines and the Department of Transportation have a “shared commitment to prioritizing the safety and security of all travelers as they reunite with friends, family and colleagues this summer.”

“US airlines always strive to provide a safe and seamless journey, and recognize the importance of continued partnership between our industry and the federal government to ensure aviation remains the safest mode of transportation in the world.”

More than 2,700 cancellations over the long Memorial Day weekend drew attention to the challenge of rebuilding the air travel system hit hard by the pandemic.

Delta Air Lines ultimately said it would cancel about 100 flights daily this summer to minimize schedule disruptions. It told CNN that planners “continuously evaluate our staffing models and plan ahead so that we can recover quickly when unforeseen circumstances arise.”

But the union representing Delta pilots launched a protest at an airline business meeting on Thursday and called the airline’s scheduling “unacceptable.”

“We have been working on our days off, flying a record amount of overtime to help you get to your destination,” Delta’s arm of the Air Line Pilots Association wrote in a message to passengers. “At the current rate, by this fall, our pilots will have flown more overtime in 2022 than in the entirety of 2018 and 2019 combined, our busiest years to date.”

The union representing Southwest Airlines pilots says the airline scheduled about 200 more flights daily in June than pilots to fly them. CNN has reached out to Southwest for comment.

Top image: A Delta airliner taxis on the tarmac of Miami International Airport in a file photo. Air traffic in Florida is of special concern right now. (Daniel Slim/AFP via Getty Images)