Opinion: Juneteenth, as much as the Fourth of July, is America's true birthday 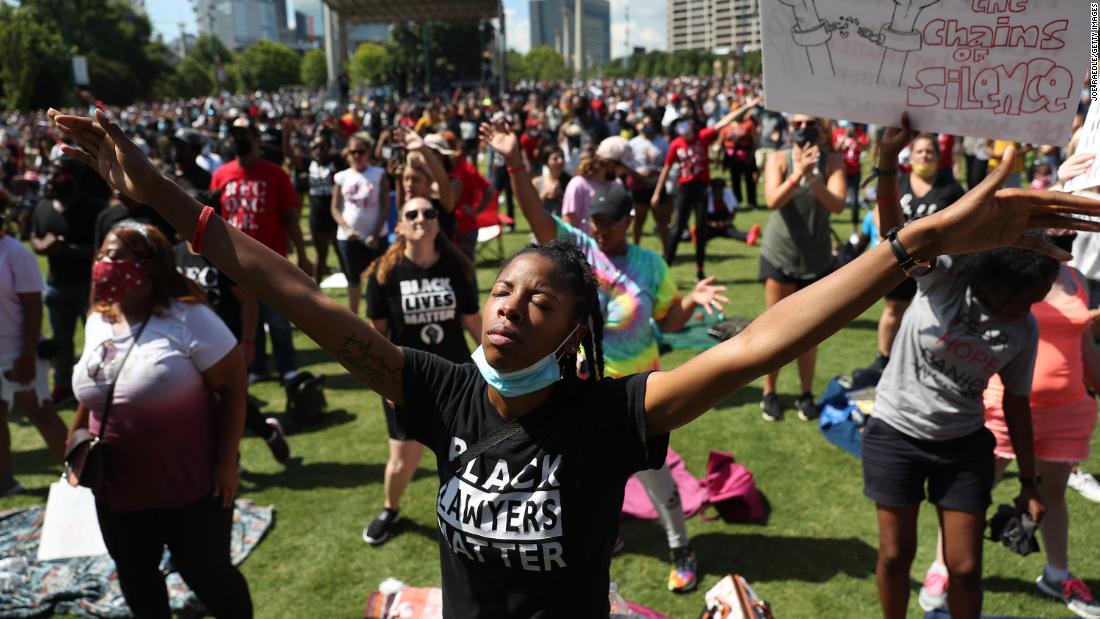 President Joe Biden’s signing into law a measure making Juneteenth a federal holiday in 2021 came on the heels of the racial justice upheavals of 2020 that followed the murder of George Floyd. Juneteenth had long been an occasion more informally celebrating the news of freedom from slavery (belatedly) reaching Black Americans in Galveston, Texas, on June 19, 1865.
It seemed that virtually overnight, the law establishing June 19 as Juneteenth National Independence Day transformed this day from a Texas-based African American celebration into a national symbol of the enduring need to confront a long-denied history of racial slavery and its afterlife. The story of Maj. Gen. Gordon Granger delivering the news of Black people’s hard-earned path toward citizenship and dignity became a metaphor for America in 2020, which was weighed down by a pandemic and convulsing with demonstrations demanding an end to structural racism in the aftermath of Floyd’s murder.
I, alongside other writers, scholars, historians, and culture workers, found hope in the resurgent interest in Black history that accompanied both the protests and the elevation of Juneteenth as a federal holiday. One manifestation of that hopefulness for positive change was the proliferation of best-selling books focusing on Black history, including “The New Jim Crow,” a history of mass incarceration by Michelle Alexander.
In that context, Juneteenth became more than just a part of the national conversation about efforts to achieve racial justice in America. The history behind Juneteenth served as an important aspect of a broader impetus many felt to do some wide-ranging soul searching.

Those efforts were visible among sports leagues proclaiming that Black Lives Matter, elected officials marching with BLM demonstrators and museum and popular culture curators and ordinary Americans finally acknowledging the depth and breadth of systemic racism. The entire nation seemed chastened by the summer of unrest and inspired to do the personal and political work to make some long overdue changes.

Yet Black History Month unfolded in 2022 alongside a spate of legislation purposefully designed to prevent the teaching of this history and the lessons it imparts. In Florida, a bill designed to prevent “psychological distress” to White students and teachers during the teaching of histories tied to systemic racism passed in April.
In Virginia, Republican Glenn Youngkin successfully exploited the made-up controversy over so-called “critical race theory” (CRT) to become governor as the state banned the teaching of parts of American history now deemed too dangerous to share with young people. Critics of CRT weaponized White outrage at the expense of Black parents whose opinions and voices were left out of the public debate in a matter that further amplified the nation’s racial divide.

The January 6 assault on the Capitol was more like a grassroots cousin of the legislative backlash organized by the GOP. This violent attack on the US Capitol echoed and reiterated the White supremacist politics of the Reconstruction era, where baseless allegations of voter fraud helped rationalize the violent killing of Black people and their supporters.

Congressional hearings in 1871 led to the passage of anti-Klan legislation, but such policies were rarely if ever enforced, leading to full-scale attacks on Black political power that culminated in the 1898 White political coup in Wilmington, North Carolina.
The January 6 hearings, with their dramatic narrative of an American president bent on breaking the rule of law by inventing conspiracy theories of electoral fraud, is a perfect example of why Juneteenth is so important. According to the Washington Post, more than 100 GOP primary winners have touted former Presidents Donald Trump’s lies about the 2020 election into successful primary victories.

The hearings offer an unvarnished portrait of one of the most disturbing episodes in American history, one whose reverberations threaten democracy at its very core. The mistrust sowed, exploited and weaponized by Trump and the GOP are rooted in fear, anxiety, and anger about Black citizenship, specifically the legitimacy of Black voting power — a threat that first came into being in Juneteenth’s aftermath with the passage of the Reconstruction amendments.

Juneteenth 2022 matters now more than ever. So far, we have only scratched the surface of what this holiday potentially allows all Americans to explore. I grew up listening to stories of Juneteenth in New York City from Black Texan transplants in the Big Apple. They made me understand, for the first time, the intimate links between the past and present.

As a federal holiday, Juneteenth now offers a window for Americans into understanding how the political is also personal. The Black folk who bled for democracy — during and after the Civil War, across generations of racial injustice during a century of Jim Crow racial segregation, fighting heroically in World Wars, protesting on domestic battlefields for civil rights — are as crucial to our national story as the heroes of the American Revolution. Their legacies surround us, opening a deeper faith in America’s democratic values and history than the forces that would have us bury the past in order to control the future.

For now, the extraordinary and continuing crisis of race and democracy in America shows no signs of abating. The histories that are being suppressed by GOP legislation are, in fact, profoundly American ones.

The highest example of patriotism is not a sanitized version of American history, popularized after the Civil War in “Lost Cause” nostalgia that redefined a war to end slavery as a battle over states’ rights — glossing over racial violence, greed and exploitation of Black labor in favor of more sepia-toned images of a pastoral American landscape that in fact, never truly existed.
Yet the very fact that America now officially commemorates Juneteenth is still a sign of hopeful, if simultaneously fragile, racial progress. The first holiday in the nation’s history that reckons directly with racial slavery and the Black contribution to American freedom, Juneteenth serves as an annual reminder of the enormous power and potential of a multiracial democracy that remains in many ways as fraught in our time as it was during Reconstruction.

As the nation prepares, in only four short years from now, to celebrate 250 years of independence, it is worth remembering that Juneteenth, as much as the Fourth of July, represents American democracy’s true birthday.