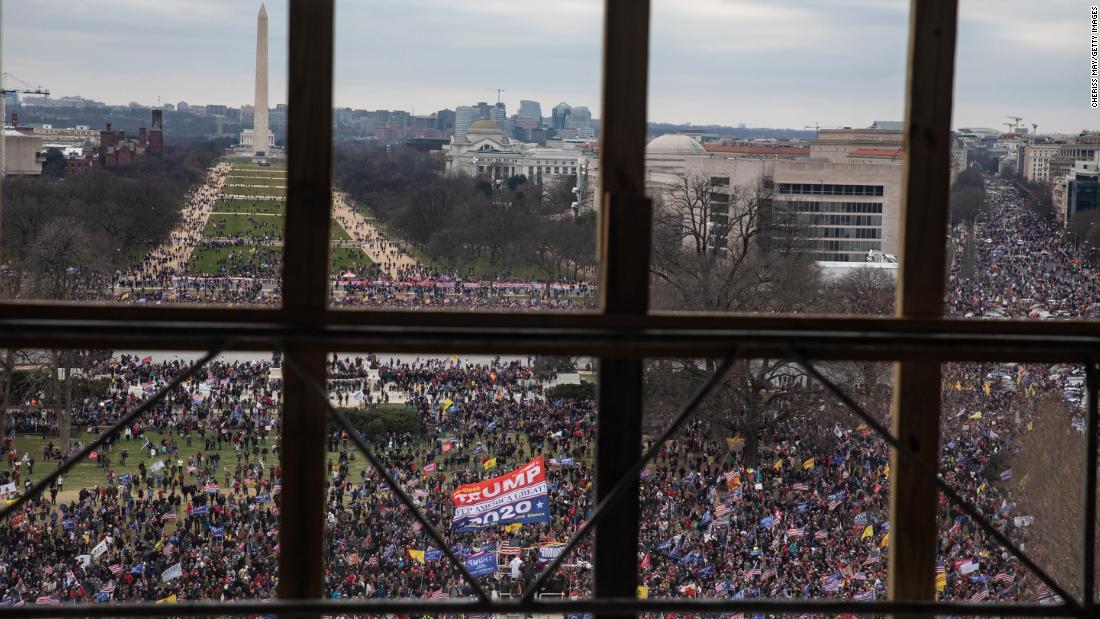 The plan envisioned using “covert sleeper(s)” to set up fake appointments in federal buildings and then having people “rush the building.” It claimed: “We have the ability to … Target Specific Senators Offices.”

The plan also included handing out flyers to demand “a new election” on January 20, 2021, and to warn prominent Republicans including then-Vice President Mike Pence and Sen. Mitch McConnell that, “We the people are watching you.”

Details of the document had been previously disclosed in court. But the full document, titled “1776 Returns,” has now been filed as part of a seditious conspiracy case against members of the Proud Boys, including the group’s leader, Enrique Tarrio. Prosecutors say Tarrio got a copy of the document before January 6.

There is no specific reference to storming the US Capitol or to attacking police officers in the document.

The document has previously been cited by the Justice Department as well as the House select committee to show how extremist organizations such as the Proud Boys were considering storming government buildings as early as December 2020. Video from the riot shows members of the Proud Boys among the first to breach Capitol grounds.

Now, as federal prosecutors bring high-profile charges like seditious conspiracy, a defense lawyer for a member in the far-right group is pointing to the document as evidence that prosecutors are overstating the group’s alleged plans for January 6.

“1776 Returns is not a plan to attack the Capitol and does not even mention the Capitol,” Carmen Hernandez, who represents Proud Boys member Zachary Rehl, wrote in a court filing arguing for his release from jail. “It refers to occupying Congressional office buildings.”

While the superseding indictment charging the Proud Boys with seditious conspiracy added very little new information to the existing prosecution, it did include messages Tarrio sent the evening of January 6, seemingly referencing the plan to occupy congressional buildings.

Hernandez also cites portions of a new transcript of a December 30, 2020, call for a chapter of the Proud Boys called the Ministry of Self Defense that had been tasked with organizing national rallies.

In the call, according to the transcript, Tarrio warned others in the group to remain sober during rallies. “This specific chapter is going to have a code of conduct stricter than other chapters when it comes to these National public events,” Tarrio told the group.

According to the transcript, Tarrio also told the group to act only in self-defense, adding that “we’re never going to be the ones to cross the police barrier … in order to get to somebody.”