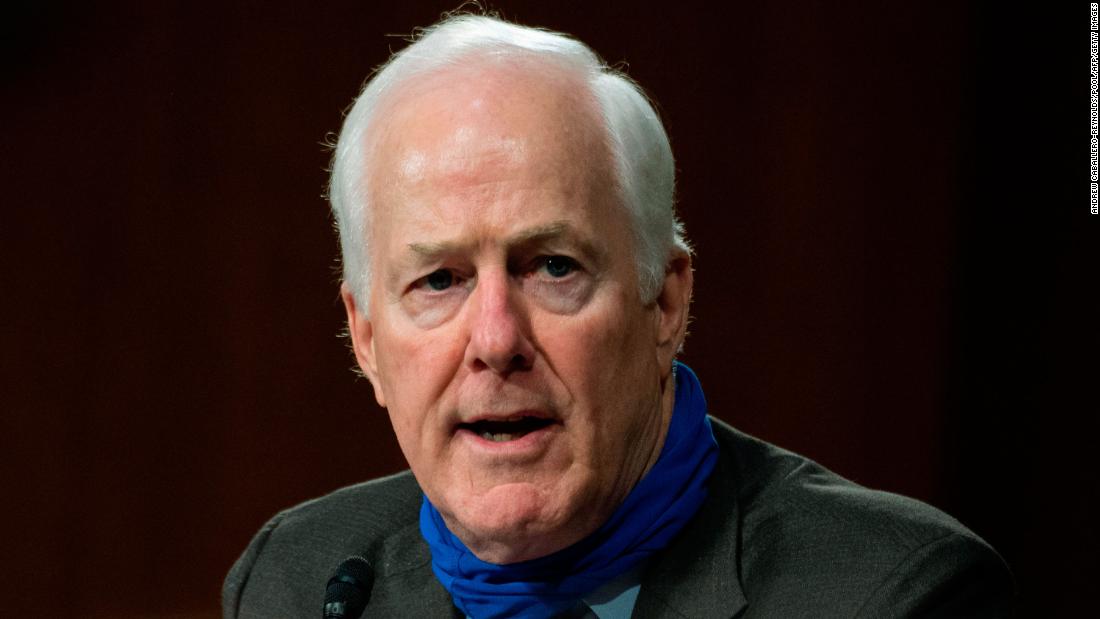 “We’re meeting again today,” Cornyn said. “I’m starting to get a little concerned, though, that there are a couple of issues that need to be settled before we can reach an agreement.”

The dispute comes as Republicans are worried about conservative backlash and opposition from gun rights groups over provisions that could give states more authority to take away firearms from individuals even as Democrats are pushing for tougher language to ensure that the authorities have the power to do so.

The lead GOP negotiator said the red flag issue centers on whether funds could be used for alternative crisis intervention programs rather than new state laws to take away firearms from individuals considered a risk. The other key sticking point revolves around the definition of who would be impacted by closing the so-called boyfriend loophole, which deals with whether unmarried partners could have guns if they were found guilty of violence against a dating partner.

Negotiators may have to face down other thorny problems as well. Senate GOP Whip John Thune, who has not embraced the bipartisan framework, issued a warning that there were other issues that have not been resolved.

“I think those are a couple of issues in particular that members have weighed in about, but I think there are others,” Thune said.

“Everybody’s got their list of things, they are, I think, working with people closely involved in writing the text and trying to make sure that their ideas are incorporated.”

The negotiations underscore the difficult task facing the bipartisan group as it attempts to do what has long been viewed a near-impossible task in Congress: Finalize and pass gun safety legislation, despite deep partisan fissures over the issue.

Lawmakers face enormous pressure to get something done after devastating mass shootings in Uvalde, Texas, and Buffalo, New York, but negotiators are acutely aware the effort could fall apart at any time or another issue could emerge that takes their focus away, such as major decisions coming down from the Supreme Court. Those are key reasons they are trying to finish as quickly as possible.

“We are grinding through it,” Cornyn said of writing the legislative text. Asked if it’s a heavy lift to get it done this week, he said, “It’s a lift.”

A bipartisan agreement in principle was released on Sunday by a group of senators who said the proposal “increases needed mental health resources, improves school safety and support for students, and helps ensure dangerous criminals and those who are adjudicated as mentally ill can’t purchase weapons.”

Notably, the announcement included the support of 10 Republican senators, which would give the proposal enough support to overcome a Senate filibuster if all 10 back the final legislative text once it is unveiled.

One of the key sticking points is over closing the so-called boyfriend loophole. It’s long been a goal for Democrats on Capitol Hill to close a gap in the law that currently only bars people convicted of domestic violence who live with, are married to, or have a child with a partner from purchasing a gun. In their framework, lawmakers agreed to extend that prohibition on buying firearms to those who are convicted of domestic violence who are in a serious dating relationship even if they aren’t married or meet the other criteria. But defining what kind of relationship would fit is a point of debate within the group.

There is also a disagreement over whether there should be an opportunity for people who are convicted of misdemeanors to restore their ability to buy or own a gun down the line. The NRA has long been opposed to closing the loophole and the provision was pulled from the reauthorization of the Violence Against Women Act just a few months ago because of disagreements over similar issues.

Cornyn said they are discussing whether a “misdemeanor conviction” for a partner could be enough to take away that individual’s guns — and how to define a domestic partner.

Describing the hangup, Cornyn said on Wednesday, the “issue has to do with the way that nontraditional relationships are handled in terms of domestic violence and misdemeanors. We’ve got to come up with a good definition of what that actually means.”

He added, “what this does is it would add a category to, a bar for people being able to purchase a firearm if they fall in that category. So it’s got to be clear and it’s got to be something that can be actually applied because we’re talking about pretty serious consequences associated with that.”

Red flag laws and crisis intervention at the state level

Negotiators are also trying to resolve differences over how to structure funding for states to adopt red flag laws, which allow authorities to take away guns from individuals deemed unfit. Republicans are getting pushback from some conservatives who argue that red flag laws trample on Second Amendment rights. Instead, Republicans want that pot of money to be used for other crisis intervention efforts, rather than simply for red flag laws.

Cornyn said at issue is “whether the funds that we will vote for will be available to states that don’t have red flag laws, but do have crisis intervention programs and things like mental health courts, veterans courts, assisted outpatient treatment programs, things like that.”

He warned, “I just don’t think anything that funds 19 states for their programs, but ignores other states that have chosen not to have a red flag law, but rather have other ways to address the same problem, is going to fly.”

Democrats believe the dispute can be resolved with enough funding — potentially hundreds of millions of dollars to give states some leeway — but they say they must incentivize red flag laws to some extent.

“The money has to be available to states to implement red flag laws because those resources are important to make laws effective,” said Sen. Richard Blumenthal, a Connecticut Democrat and key negotiator on this issue.

For now, Democrats involved in the effort are downplaying concerns over the unresolved issues and projecting confidence they will ultimately find solutions.

Asked about the so-called boyfriend loophole and funding for red flag laws and crisis intervention programs, Sen. Chris Murphy, the lead Democratic negotiator, said: “All we have to do is write text that is true to the framework.”

“We all made a commitment to each other that we were supportive of the framework and then we’re going to write that into law. I have continued confidence that we can write that framework into text and we can have that before our colleagues next week,” he said.

Democratic Sen. Chris Coons of Delaware, a member of the bipartisan guns group, said that he believes Cornyn’s concerns over funding for red flag laws and the so-called boyfriend loophole can be resolvable.

“There are some modest negotiating challenges, there always are,” Coons said when asked if he is concerned the issues could be insurmountable.

Coons pointed to the fact that a separate effort to pass a bipartisan infrastructure deal also had hurdles along the way, but eventually was passed into law.

“(I) remind you as the bipartisan infrastructure bill went from framework to legislation to the President’s desk, it was declared dead several times. I do think there will be some ups and downs,” he said, adding, “There are some details to work out but I remain very optimistic that we’ll get a bill together and get it to the floor.”