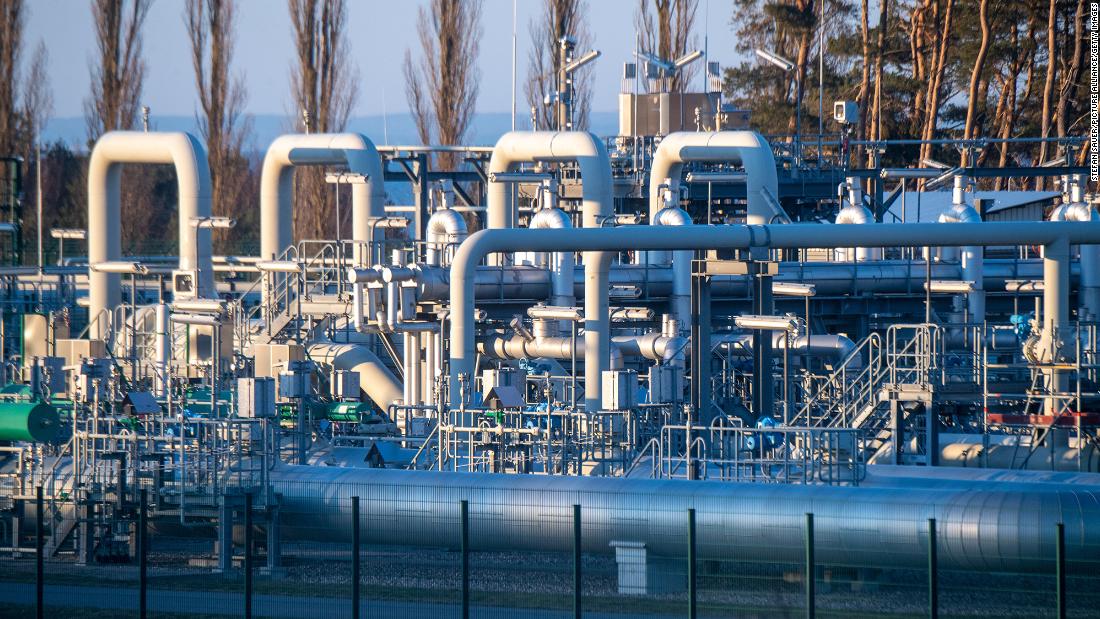 Italian energy giant ENI said Wednesday that Gazprom, Russia’s state gas producer, would cut its supplies by 15%. It did not know the reason, an ENI spokesperson told CNN Business.

Siemens had taken the turbines to one of its Canadian factories for maintenance. It said in a statement on Tuesday that it was “impossible” to return the equipment to Russia because of sanctions Canada had imposed on the country over its invasion of Ukraine.

ENI confirmed to CNN Business that it does not receive any gas through the Nord Stream 1 pipeline.

European gas futures prices spiked by more than 20% Wednesday afternoon to hit €120 ($125) per megawatt hour (MWh), according to data from the Intercontinental Exchange, although prices have since fallen back slightly to trade around €113 ($117) per MWh.

“How this will affect the European and German gas market, we will have to wait and see,” he said at a Wednesday press conference.

Habeck said in a statement that Gazprom is purposefully upsetting the apple cart.

“The current reports clearly show that the justification given by the Russian side is simply a pretext,” he said. “It is obviously a strategy to unsettle and drive up prices.”

Europe has tried to wind down its imports of Russia’s natural gas since Russia invaded Ukraine in late February. It has set a target to reduce consumption of Russian gas by two-thirds by the end of the year, and has rapidly increased its imports of LNG as a replacement.

But major producer Freeport LNG said Tuesday that it would shut its facility in Texas for 90 days after a fire broke out last week, and would be only partially operational until late this year. It had previously said the plant would close for at least three weeks.

The company supplies about one fifth of the world’s LNG, according to analytics firm Vortexa.

In recent weeks, Gazprom has cut off gas supplies to Poland, Bulgaria and Finland, and to energy companies in Denmark, Germany and the Nertherlands, because of their refusal to comply with its demand to be paid in rubles.

But some of Europe’s firms, including ENI, have tried to find a workaround. The company said last month that it had started the process of opening two accounts with Gazprombank, one in euros and another in rubles.