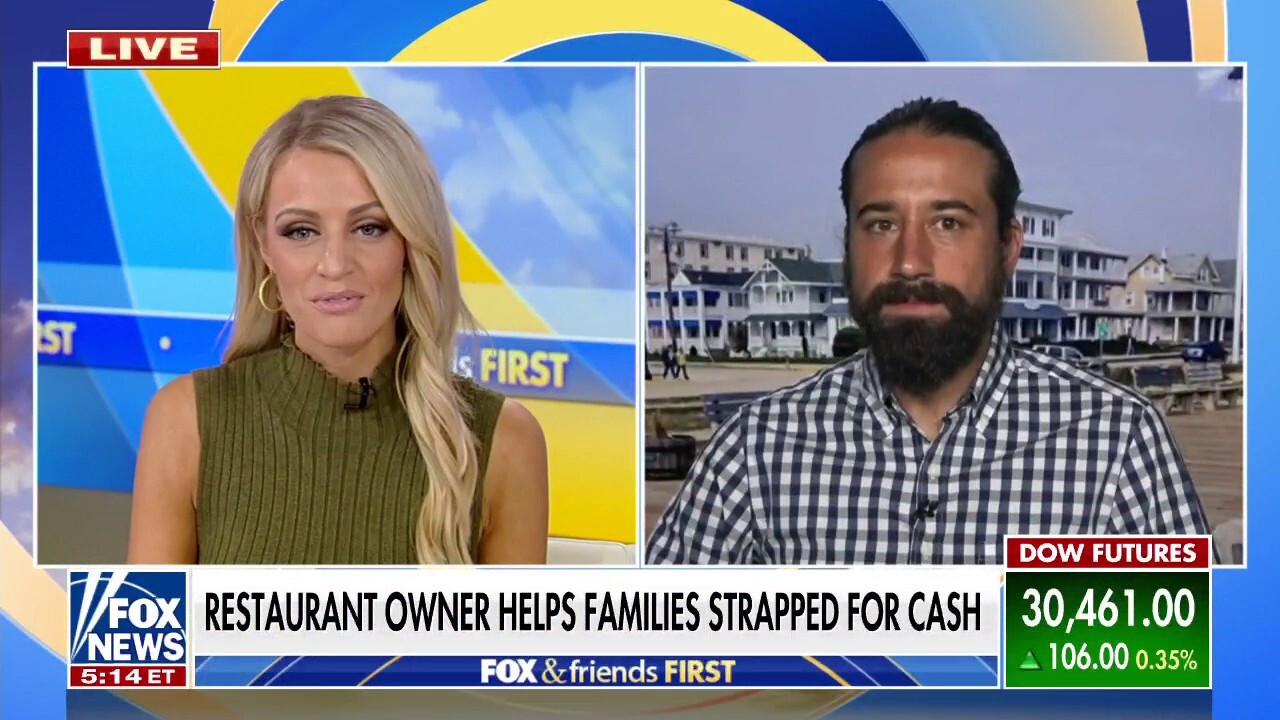 One Southern California restaurant is helping families and veterans in the local community by offering free food as Americans battle rampant inflation.

“Big Parm” owner Chef Andrew Gruel joined “Fox & Friends First” Wednesday to discuss his initiative to help those in need and the challenges he faces as a small business owner.

“One day after another, they’re losing their dignity, and those setting the rules obviously are breaking their own rules while everybody gets kind of swept underneath the rug,” he continued.

The Tustin-based restaurant is offering free meals to veterans and children, and has even helped mitigate the cost of kids’ birthday parties as consumer prices continue to spike.

Gruel touted the support he has received, saying consumers nationwide have reached out to him to donate to the cause.

“This is the power of everybody across the United States,” Gruel said. “We’re just a little pizza shop in one town in Southern California, but people from New Jersey, people from Texas are calling in and saying buy somebody’s pizza on me, I don’t need any credit.”

“So once again, this isn’t just us in our family,” he continued. “This is a lot of different people kind of reaching out and helping neighbors.”

Gruel detailed the challenges small business owners face in the current state of the economy amid rampant inflation and surging gas prices, calling the economic woes an “uphill battle.”

“Now we run into a financial situation where the economics of running a small business are just stacked up against you,” Gruel said.

“Many small businesses are being forgotten about, and now with inflation being swept under the rug and thrown in there… as nothing to really worry about as people are losing their jobs and their businesses over and over and over again, it really is kind of a tough, uphill battle.”

Bailee Hill is an associate editor with Fox News Digital.