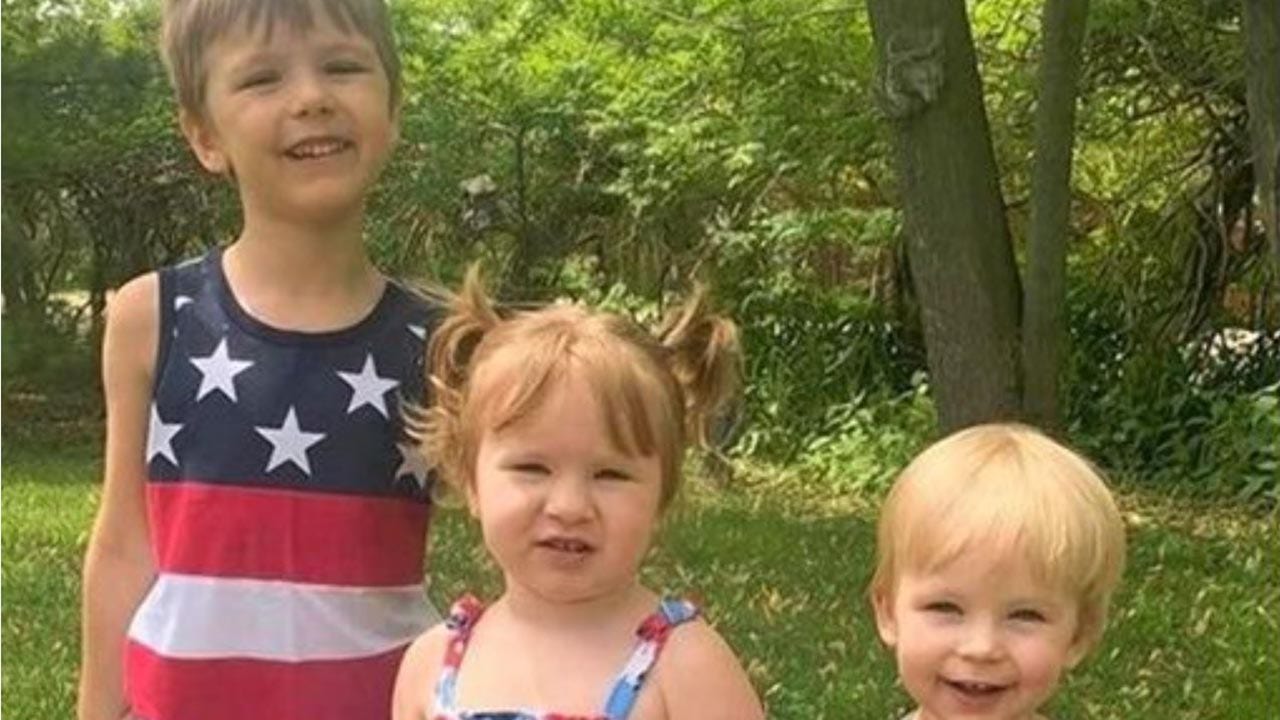 An Illinois man was charged Tuesday for the murders of his three young children after they were found unresponsive in his home.

Jason Karels, 35, faces three counts of first-degree murder after he allegedly drowned his son Bryant, 5; his daughter Cassidy, 3; and his youngest son Gideon, 2.

Jason Karels, 35, has been charged with three counts of murder in the death of his children.
(Lake County Jail)

They were found dead in Karels’ Round Lake Beach home, a northern suburb of Chicago, on Monday after their mother asked police to do a welfare check at his home. She was supposed to pick up the children for an appointment, according to FOX 32 in Chicago.

Karels is the mother’s estranged husband, and they shared custody of the children, according to FOX 32.

“I have an amazing staff here of officers. And what they saw yesterday is something no one should have to see,” Round Lake Beach Police Chief Gilbert Rivera said in a news conference.

CHICAGO-AREA OFFICER FATALLY SHOOTS SUSPECT WHO RAN AT HIM WITH A HATCHET, SHOCKING VIDEO SHOWS

He wasn’t at the home when the bodies were discovered but led police on a high-speed chase after he was located in his car.

The 17-minute chase ended with him driving off a bridge and landing in a wooded area in Joliet, Illinois, southwest of Chicago.

He was taken to the hospital and police said he indicated he had killed the children and had tried to kill himself afterward.

There was “a lot of blood” at the scene but it wasn’t the children’s, police said, according to FOX 32.

Karels is expected to appear in court on Wednesday morning.