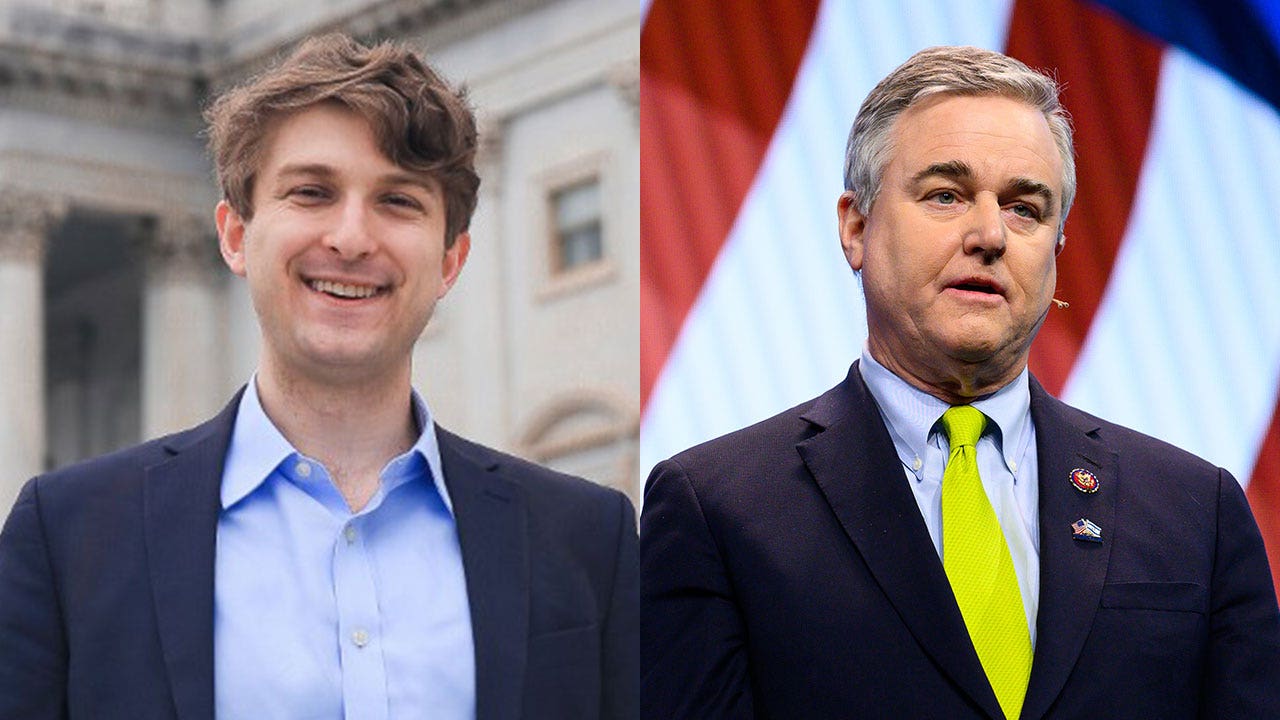 EXCLUSIVE – Former conservative journalist-turned-congressional hopeful Matthew Foldi is hitting the airwaves as his rival Rep. David Trone, D-Md., is being considered among the “more vulnerable” incumbents ahead of the midterms.

Beginning Wednesday, the 25-year-old GOP candidate will be appearing on TV screens across Maryland’s 6th district.

In the ad first obtained by Fox News, Foldi is described as a “conservative reporter and outsider” and touts his work from the Washington Free Beacon “exposing” the Biden administration and congressional Democrats.

Foldi then takes aim at Trone for not having his office open for his constituents.

In a statement to Fox News, Foldi said, “DC Democrats like David Trone refuse to show up to work and serve the people they were elected to represent. I exposed them as an investigative reporter, and when I go to Washington, I’ll continue to hold them accountable. Maryland’s 6th District has been misrepresented by a part-time Congressman for too long. That changes the day I’m elected.”

The ad comes on the heels of a report from CQ Roll Call showing Trone is among the candidates in the Democratic Congressional Campaign Committee’s “Frontline” incumbent-protection program and how the DCCC will dedicate its “undivided attention” in their reelection efforts.

Roll Call’s report notes how Maryland’s 6th district, after redistricting, would have backed President Biden over former President Trump by ten points yet Trone and others “are slated to get extra help from the DCCC, along with 33 other House Democrats previously named as Frontline members” as he is among the “more vulnerable” incumbents due to redistricting.

“Democrats have a deep bench of talented, committed, and fired-up public servants who have a record of service and accomplishment that voters across the country deserve fighting for their families in Washington,” DCCC Chairman Rep. Sean Patrick Maloney told Roll Call. “Extremist MAGA Republicans’ disastrous agenda for America is on the ballot this November and voters are going to reject it.”

The Trone campaign did not immediately respond to Fox News’ request for comment.

If elected, Foldi would be sworn into office at 26 years old and become the youngest member of the House of Representatives. But he first has to clinch the GOP nomination in the July 19 primary.

Foldi made national headlines with his reporting on Energy Secretary Jennifer Granholm, who owned millions in stock in Proterra, an electric vehicle company the Biden administration repeatedly promoted. Granholm was forced to sell her stock as a result of Foldi’s reporting, and it remains unknown who she sold her stock to and how much she received. If elected, Foldi intends to use subpoena power to find out.

“I think voters and the American people realize there’s a lot of sketchy stuff going on in the Biden administration, but we cannot count on the mainstream media to do that,” Foldi told Fox News last month. “And I felt like in what I could do as a journalist, my role was limited… The Biden administration can ignore us, and we unfortunately don’t have subpoena power as journalists.”

Foldi said his reporting for the Free Beacon inspired him to give up his journalism career and run for office himself after he exposed Democratic lawmakers who’ve continued working remotely instead of from their offices in D.C. and in their home districts, accusing them of having a “part-time job” as U.S. representatives.

The young Maryland native – whose reporting has landed him on popular cable news programs such as “Tucker Carlson Tonight” – is calling for a “new generation to take over this country,” accusing President Biden and Speaker Nancy Pelosi of “destroying this country.” Foldi was just 12 years old when Biden was first elected vice president and only 10 years old when Pelosi first became Speaker of the House.

“They’re not in touch with the consequences of their failures They don’t even know how to fill up a tank of gas, and they have no idea how much it costs. They have no idea about the supply chain crisis. They do not deal with rising crime that we’re dealing with. Their kids do not go to public schools,” he said.

This isn’t Foldi’s first run for office. He previously made history as the youngest elected official in Chicago when he became the 5th Ward GOP committeeman in 2016 at just 19 years old.

Foldi insisted he did not initially plan on running for Congress, at least in the current election cycle, but the “circumstances” encouraged him to throw his hat in the ring, citing the forecast of a “historic red wave” in November and saying Maryland’s 6th District crop of GOP candidates “did not have what it takes to beat David Trone.” He says he does.

“Republicans running for office, of course, have a double standard. We have to do the media’s job for them,” Foldi said.

Joseph A. Wulfsohn is a media reporter for Fox News Digital. Story tips can be sent to joseph.wulfsohn@fox.com and on Twitter: @JosephWulfsohn.