How to Conquer Feelings of Guilt During the Pandemic 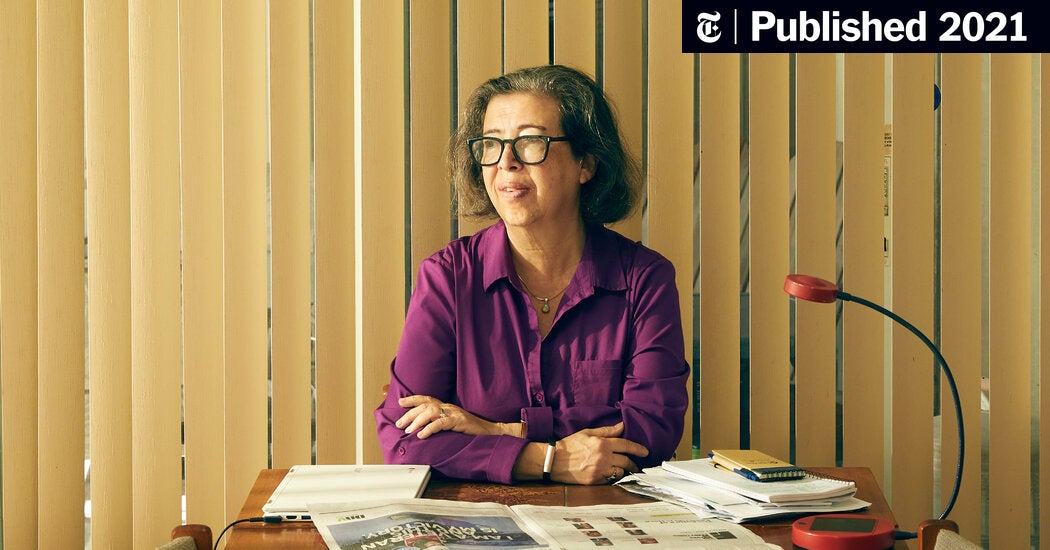 Like many people, Erin Fitch has been feeling guilty lately.

She and her husband, who live in San Diego, decided to prioritize safety over socialization during the pandemic. But that meant that their three boys, ages 9, 11 and 14, have had to remain pretty isolated — learning remotely for the most part and keeping their distance from friends.

Over the last few months — and especially after her 11-year-old said he would pay $100 if he could learn inside a classroom again — Ms. Fitch, 44, has been wondering if she is making the right call, the self-doubt creeping in as she watches other families loosen their restrictions.

“The guilt wakes me up every morning and puts me to bed every night. It’s never-ending,” she said. “This is mom guilt on steroids.”

Or, to be even more specific, it’s unjustified pandemic guilt — a nagging, self-punishing emotion that keeps surfacing as we continue to navigate the crisis. “The highly distressing, morally difficult, and cumulative nature of Covid-19 related stressors may be a perfect storm to result in a guilt and shame response (although the actual prevalence will not be known for some time),” wrote the authors of a paper published in August in the journal Psychological Trauma.

Feelings of guilt may be particularly prevalent among health care workers. An October survey of 14,000 health staff in the United Kingdom, including nurses and assistants, found that 51 percent had sought mental health support during the pandemic.

One nurse reported: “It was a nightmare — I felt guilty and helpless about not being able to do more. I couldn’t sleep and was very anxious.”

Perhaps you feel self-conscious about the good things in your life — or even your own survival — when others have suffered so greatly. Or maybe you feel responsible for things that are not really your fault, like accidentally infecting a family member with Covid-19. Or you’re in anguish over your choices, even when there isn’t a definitive path to follow.

“People feel much more guilt for all kinds of things than they did before, especially unjustified guilt,” said June Tangney, a psychology professor at George Mason University in Fairfax, Va., who studies guilt and shame.

We asked experts how we can pull ourselves out of the pandemic guilt spiral if we’re feeling unwarranted remorse.

“I have extreme feelings of guilt as someone who has most of my extended family in India,” said Neha Shastry, 30, who lives in Brooklyn. She has been shaken by the deepening Covid crisis there, as infections and deaths rapidly advance from big cities into rural areas. “It’s surreal to wake up a year later in New York City and see the streets full and businesses flourishing again, while my family is fearing for their lives.”

She has coped, in part, by writing out her thoughts every morning and attempting to “embrace the guilt and accept it.”

With unjustified guilt, people punish themselves even though circumstances are out of their control or they didn’t deliberately hurt anyone, said Sherry Cormier, a psychologist and bereavement trauma specialist in Edgewater, Md., who has observed survivor’s guilt during the pandemic.

Experts draw a distinction between guilt and shame. Shame is the more insidious feeling of being defective and internalizing negative beliefs about yourself, whereas guilt stems from something we’ve done or failed to do, or from the act of comparing ourselves with others.

“The best way to get out of the guilt spiral is to do something concretely,” Dr. Cormier said. “Because as long as we continue to think about the event or the situation that’s making us feel guilty, and we just brood about it, we’re going to keep living in guilt.”

If you are feeling guilty about your good fortune, for example, you might consider either volunteering or making a financial donation to a charity or an individual. Or, if you didn’t get a chance to say a proper goodbye to a relative who died during the pandemic, you may want to bolster your relationships with other relatives or friends in your life.

Barbara Nehmad, 59, who lives in Woodbury, N.J., started feeling guilty after learning that her friend of more than a decade — with whom she had a falling out in 2019 — died of Covid last April.

“I still feel grief and shock that he’s not around anymore,” she said. “I miss him.”

Soon Ms. Nehmad began questioning why her life was spared and not his.

He had more people depending on him, like his wife, she added, which meant that — in her eyes — his life seemed “more important.”

“I don’t have any spouse or children or, you know, anybody to take care of. I don’t even have any pets, because I’m allergic,” she said, adding that these are choices she is still happy with. “If I died, nobody would miss me, honestly.”

When her friend’s wife started a GoFundMe to help cover medical costs and other expenses, Ms. Nehmad made a contribution, then began drumming up donations by sending the GoFundMe campaign to everyone she could think of who might have known the couple. Doing this helps “a little,” she said, because she knows it’s something her friend would have wanted.

Ms. Fitch, in California, is taking action, too. Her 14-year-old is now back in school and when the new school year starts, her two youngest sons will return as well.

“We’ll have to take whatever risks come with it,” she said. “They can’t just keep doing this.”

The way you speak to yourself might perpetuate the guilt you feel.

When Sumayya Alsenan, 36, gave birth to her first child last year in Brooklyn, she was guilt-ridden about having brought new life into such a complex and oftentimes problematic world.

“I remember just looking at the baby and truly verbalizing how sorry I was,” Ms. Alsenan said. “I noticed that I was trying to actually find ways to take the blame. Like, how did I not know that pandemics are going to be a thing now?”

By identifying the negativity in your thought process, you can begin to tackle your guilt, the experts said.

In his book, “Think Like a Monk,” the author Jay Shetty details a technique called “Spot, Stop, Swap” that can help people reframe their thinking. Mr. Shetty, who lived as a monk in his early 20s, said this is his name for what monks describe as awareness, addressing and amending.

Say you feel bad for not spending as much time with a friend as you’d like to.

“If we spot these feelings, we can trace them to their root. We can become curious instead of critical,” Mr. Shetty explained in an email. “Why is this bothering us? Are we not honoring our values because we’re truly not prioritizing our friendship?”

In the stop phase, “we can shift from guilt to compassion,” he added, and recognize the reasons it has been difficult to honor our values. “We can then make a mental swap to something more positive and empowered. We can acknowledge that while we can’t be perfect, we can be present.”

If you’re stuck in a cycle of negative self-talk, remember that the past is gone and that we own only the present and the future, Dr. Cormier said.

“You can’t really go back to relive that moment,” she added. “But we can change what’s happening right now in our brain. And we can change the way that we respond in that situation or a similar situation in the future.”

At the hospital in Florida where the nurse Donna Kearns works, when patients are near death, they are allowed one visitor for 30 minutes, provided the visit is “supervised,” she said.

“This feels so invasive and such an emotional, private thing. So intrusive. I try to just stay near the door and avert my eyes,” Ms. Kearns, 63, said. “There’s a lot of guilt in feeling like you wish you could do more.”

Dr. Tangney suggested imagining what you would say if a good friend were in the same situation. Would you berate your friend? Or would you respond with compassion and empathy?

“Doing that little switch — where you’re stepping outside of yourself — can help people to a point of self-compassion, of giving yourself a break,” she said.

Talking it through with a trusted friend or, if your thoughts are pervasive, with a therapist, can help you analyze your thinking and any assumptions you might be making.

Stephanie Hills, 68, who lost both of her parents earlier this year, regrets that she wasn’t able to see her mother, who had Covid, after she was admitted to the hospital. At the time, Ms. Hills had Covid, too.

When she spoke to her mother on the phone, “I kept on telling her I’d come back and wouldn’t forget her,” said Ms. Hills, who lives in Davie, Fla. But her mother was so weak she couldn’t respond.

The hospital rabbi suggested that she tell her mother that it was OK for her to go.

This only compounded her feelings of guilt, Ms. Hills said recently.

People are hard-wired to engage in counterfactual thinking, Dr. Tangney said. In other words, if something negative happened, they will dwell on that experience and wonder if there was anything they could have done that would have changed the outcome. “If only I had left a little earlier,” for example, or “If only I had said something different.”

This kind of thinking can be practical in instances where we want to find new solutions or alternative ways of doing things.

But if it’s applied to circumstances that are beyond our control, it can also reinforce feelings of guilt, she added.

Ask yourself: Could I really have foreseen this? Is this something I would hold someone else responsible for?