The Trump Courtiers and the Jan. 6 Hearings 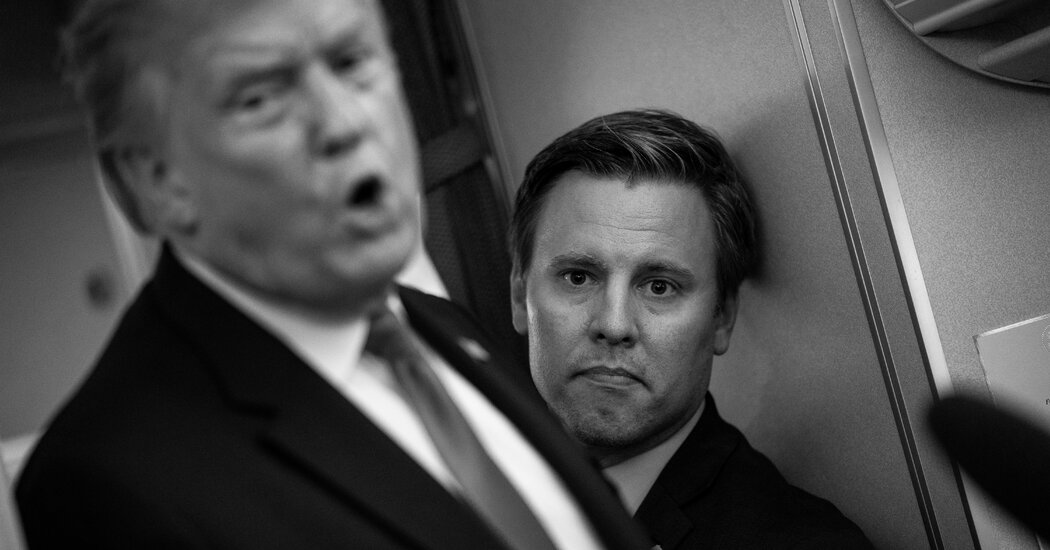 “Team Normal” and “Rudy’s Team.” This is how Bill Stepien, Donald Trump’s former campaign manager, categorized the two camps of advisers swirling around Mr. Trump in the chaotic days after the 2020 election.

According to recorded snippets of Mr. Stepien’s testimony before the House select committee on Jan. 6 that were aired at Monday’s hearing, Team Normal consisted of folks like him who acknowledged that there had been no mass election fraud and that Mr. Trump had lost the presidency fair and square.

By contrast, Team Rudy, captained by an increasingly erratic Rudy Giuliani, was stocked with the Trumpworld players who were either untethered from or unwilling to bow to reality. These dead-enders — people like the attorneys Sidney Powell and Lin Wood and the Trump adviser Peter Navarro — were committed to peddling the defeated president’s voter fraud B.S., no matter the cost.

“I didn’t mind being characterized as being part of Team Normal,” Mr. Stepien told the committee. Noting that he has been in the political game a long time, the political consultant, 44, boasted, “I’ve built up a pretty good — I hope — a good reputation for being honest and professional. I didn’t think what was happening was necessarily honest or professional at that point in time. So that led to me stepping away.”

“Stepping away” from Trumpworld’s dishonesty and lack of professionalism. Well, that is certainly one way to spin Mr. Stepien’s behavior.

A more accurate, less self-aggrandizing way might be to say that he slunk away, coat collar flipped up and hat brim pulled low in the hopes that no one would notice him fleeing the spiraling freak show to which he had sold his services and his soul. And he has since taken pains to stay on Mr. Trump’s good side: In the 17 months after the Jan. 6 insurrection, he has served as a consultant to the former president’s Save America PAC and signed on to work with Trump-backed candidates who have peddled, or have at least flirted with, the election-fraud fiction. Two of these candidates are challenging Republican incumbents, Representative Liz Cheney and Senator Lisa Murkowski, whom Mr. Trump has targeted for removal for their respective votes to impeach and convict him over his role in the Jan. 6 attack.

Mr. Stepien may have tried to separate himself from the shadier schemes being pushed by Team Bonkers — er, Team Rudy. But he is apparently cool with Mr. Trump’s basic plan to burn down the nation by advancing conspiracy theories about a rigged election.

But let’s not pick on Mr. Stepien. His tale is sadly similar to those of so many other Trump courtiers. These are the people who could distinguish reality from delusion; they just chose not to do all that much about it. Some of them tried to privately nudge Mr. Trump in the right direction. But when that failed, most were far too frightened to kick up a fuss and risk ruining their special relationships with Mr. Trump. Many still haven’t totally abandoned him, even as he continues to spread the election-fraud lies eating away at the heart of American democracy.

The most notable and most galling member of Team Chicken — its M.V.P. — is Bill Barr, who became Mr. Trump’s attorney general in early 2019. Mr. Barr made more of an effort to push back against the big lie than most, going so far as to tell the president that the election-fraud claims not only were “crazy stuff” and “bullshit” but also were doing “a great, great disservice to the country,” as he testified.

Mr. Barr stressed to the committee how frustrating he found his former boss’s powers of denial and delusion. The second you finished debunking one ridiculous claim, he recalled, Mr. Trump would simply move on to the next. “There was never an indication of interest in what the actual facts were,” he said, noting that he became “somewhat demoralized” by Mr. Trump’s behavior, thinking that “if he really believes this stuff,” then “he has become detached from reality.”

When Mr. Barr told The Associated Press that there were no signs of systematic fraud, Mr. Trump took it about as well as you’d expect. “This is, you know, killing me,” Mr. Barr recalled a furious Mr. Trump telling him. “You must have said this because you hate Trump. You hate Trump.”

And yet, despite everything he witnessed — Mr. Trump’s disregard for the truth, his antidemocratic machinations, his emotional instability and his possibly failing grasp on reality — Mr. Barr has publicly said that he would again vote for the former president if he secures the Republican nomination in 2024.

And herein lies the rot at the heart of Team Chicken. These normies found Mr. Trump’s lying and plotting disturbing enough to want to avoid standing too close, lest they get spattered. But they don’t care enough to take a strong, sustained stand in defense of democracy — to make clear that the former president’s ongoing efforts to defraud the American people and his assault on our electoral system are unacceptable. Not unacceptable in a mealy-mouthed, “Oh, well, I’d prefer that someone else lead the party, but I’ll support him if it comes down to it” way but genuinely unacceptable, as in, “I have seen this man up close, and he should be disqualified from holding high office again. Ever.”

Mr. Barr, Mr. Stepien and their ilk recognize that they set their professional and ethical reputations aflame by joining Mr. Trump’s circus. They are now looking to rehabilitate their brands. They want credit, perhaps even thanks, for having refused to cross certain lines. And yet too many remain willing to support Mr. Trump and his corrosive brand of politics, enabling and emboldening him to blow past even more frightening lines in the future.

This, apparently, is what constitutes “normal” in today’s Republican Party. No member of any team should feel good about that.