Five Blunt Truths About the War in Ukraine 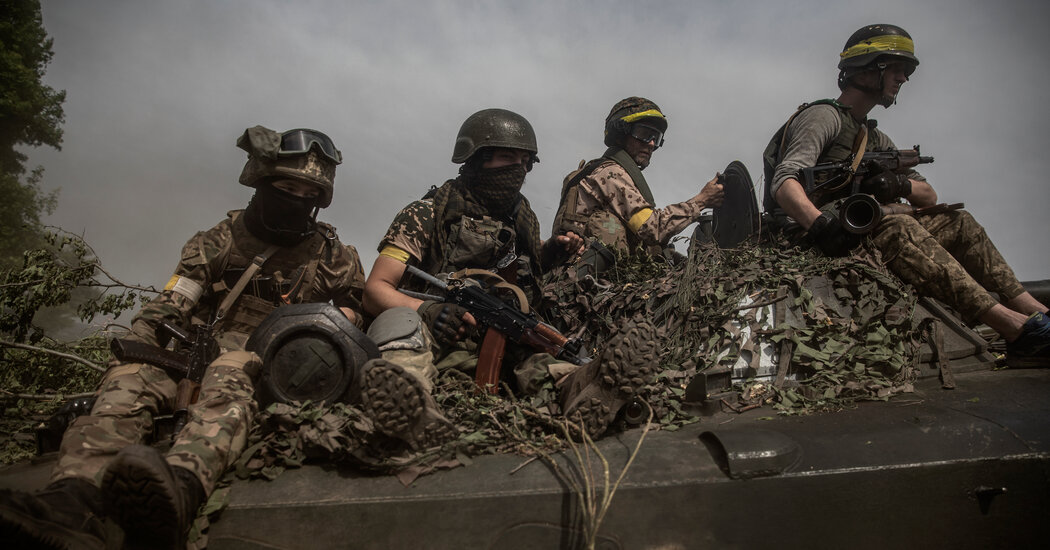 Five sentences sum up the war in Ukraine as it stands now.

Moscow’s shortfalls with its arsenal, which have been obvious on the battlefield for weeks, are cause for long-term relief and short-term horror. Relief, because the Russian war machine, on whose modernization Vladimir Putin spent heavily, has been exposed as a paper tiger that could not seriously challenge NATO in a conventional conflict.

Horror, because an army that cannot wage a high-tech war, relatively low on collateral damage, will wage a low-tech war, appallingly high on such damage. Ukraine, by its own estimates, is suffering 20,000 casualties a month. By contrast, the U.S. suffered about 36,000 casualties in Iraq over seven years of war. For all its bravery and resolve, Kyiv can hold off — but not defeat — a neighbor more than three times its size in a war of attrition.

That means Ukraine needs to do more than slow down the Russian Army. It needs to break its spine as quickly as possible.

But that can’t happen in an artillery war when Russia can fire some 60,000 shells per day against the roughly 5,000 that the Ukrainians have said they can get off. Quantity, as the saying goes, has a quality all its own. The Biden administration is providing Ukraine with advanced howitzers, rocket launchers and munitions, but they aren’t arriving fast enough.

Now is the moment for Joe Biden to tell his national security team what Richard Nixon told his when Israel was reeling from its losses in the Yom Kippur War: After asking what weapons Jerusalem was asking for, the 37th president ordered his staff to “double it,” adding, “Now get the hell out of here and get the job done.”

The urgency of winning soon — or at least of putting Russian forces into retreat across a broad front, so that it’s Moscow, not Kyiv, that sues for peace — is compounded by the fact that time isn’t necessarily on the West’s side.

Sanctions on Russia may do long-term damage to its capacity to grow. But sanctions can do only so much in the short term to dent Russia’s capacity to destroy. Those same sanctions also exact a toll on the rest of the world, and the toll the world is prepared to pay for solidarity with Ukraine isn’t unlimited. Critical shortages of food, energy and fertilizer, along with the supply disruptions and price increases that inevitably follow, can’t be sustained forever in democratic societies with limited tolerance for pain.

Meanwhile, Putin appears to be paying no great price, whether in energy revenues (which are up, thanks to price increases) or in public support (also up, thanks to some combination of nationalism, propaganda and fear), for his war. Hoping he might die soon of whatever disease might be ailing him — Is it Parkinson’s? A “blood cancer”? Or just a Napoleon complex? — isn’t a strategy.

What more can the Biden administration do? It needs to take two calculated risks, based on one conceptual breakthrough.

The calculated risks: First, as retired Adm. James Stavridis has proposed, the U.S. should be prepared to challenge the Russian maritime blockade of Odesa by escorting cargo ships to and from the port.

That will first mean getting Turkey to allow NATO warships to transit the Turkish straits to the Black Sea, which could entail some uncomfortable diplomatic concessions to Ankara. More dangerously, it could result in close encounters between NATO and Russian warships. But Russia has no legal right to blockade Ukraine’s last major port, no moral right to keep Ukrainian farm products from reaching global markets, and not enough maritime might to take on the U.S. Navy.

I first proposed this in early April, and Harvard’s Laurence Tribe and Jeremy Lewin laid out a convincing legal case several days later in a Times guest essay. The administration has cold feet on grounds that it could violate U.S. law and set a bad financial precedent — which would be good arguments in less dire circumstances. Right now, what’s urgently needed is the kind of financial wallop to Russia that other sanctions have failed to inflict.

Which brings us to the conceptual breakthrough: The fight in Ukraine will have a greater effect in Asia than it will in Europe. The administration may reassure itself that it has sufficiently bloodied the Russian military that it won’t soon be invading anyone else. That’s true as far as it goes.

But if the war ends with Putin comfortably in power and Russia in possession of a fifth of Ukraine, then Beijing will draw the lesson that aggression works. And we will have a fight over Taiwan — with its overwhelming human and economic toll — much sooner than we think.

The bottom line: The war in Ukraine is either a prelude or a finale. President Biden needs to do even more than he already has to ensure it’s the latter.