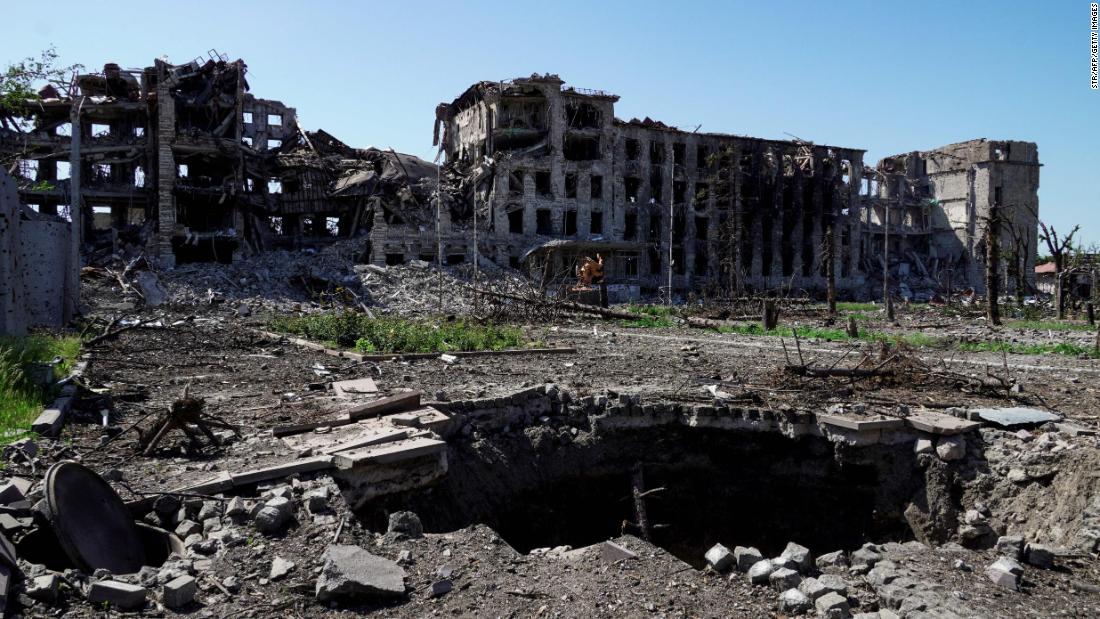 The Luhansk region in eastern Ukraine – which makes up Donbas along with the neighboring Donetsk region – is at the epicenter of the invasion, with much of the area already under Russian control. The focus of the fighting is on the twin cities of Severodonetsk and Lysychansk, where Russian forces have destroyed the second of three bridges between the cities and are heavily shelling the third, with the aim to “completely cut off”  Severodonetsk, according to Serhiy Hayday, head of the Luhansk regional military administration.

Ukrainian President Volodymyr Zelensky has said the fight may dictate the outcome of the war in the east of the country.

Street fighting continued to rage over the weekend.

“The situation remains difficult. Fighting continues, but unfortunately, most of the city is under Russian control. Some positional battles are taking place in the streets,” Hayday said.

Here are four other developments from the weekend:

“As you know the Commission is currently preparing the recommendations of so-called opinion for the EU member states,” she said in Kyiv. “We have been working day and night on this assessment and I promise to you in April dear Volodymyr that we will be tirelessly working on it. So, the discussions today will enable us to finalize our assessment by the end of next week.”

Russia issues passports to occupied cities: Russia issued its first passports to 23 residents of the occupied city of Kherson in southern Ukraine a day ahead of Russia Day, Russian state news agency TASS reported Saturday, citing the Russian-appointed leader of the region.

“All our Kherson comrades want to get a [Russian Federation] passport and citizenship as soon as possible,” Vladimir Saldo, head of Kherson regional military-civilian administration said at the ceremony as quoted by TASS.

An unspecified number of passports were also issued for the first time in the southern Ukrainian city of Melitopol, TASS reported citing the Zaporizhzhia regional military-civilian administration.

New grain routes established: Russia’s war in Ukraine could push up to 49 million people into famine or famine-like conditions because of its devastating impact on global food supply and prices, and countries are scrambling to find a way around the blockade. On Sunday, a Ukrainian government official told Reuters Ukraine has identified alternate routes to export grain stores.

In Russia: Russians saw 15 McDonald’s restaurants reopen on Sunday under new branding and ownership, according to its owner Alexander Nikolaevich Govor.

The American fast-food giant has been renamed “Vkusno & Tochka,” which translates to “Tasty and that’s it.”

The chain decided to leave the country and sell its Russia business, in line with many other Western businesses following Russia’s invasion of Ukraine, which began in February.