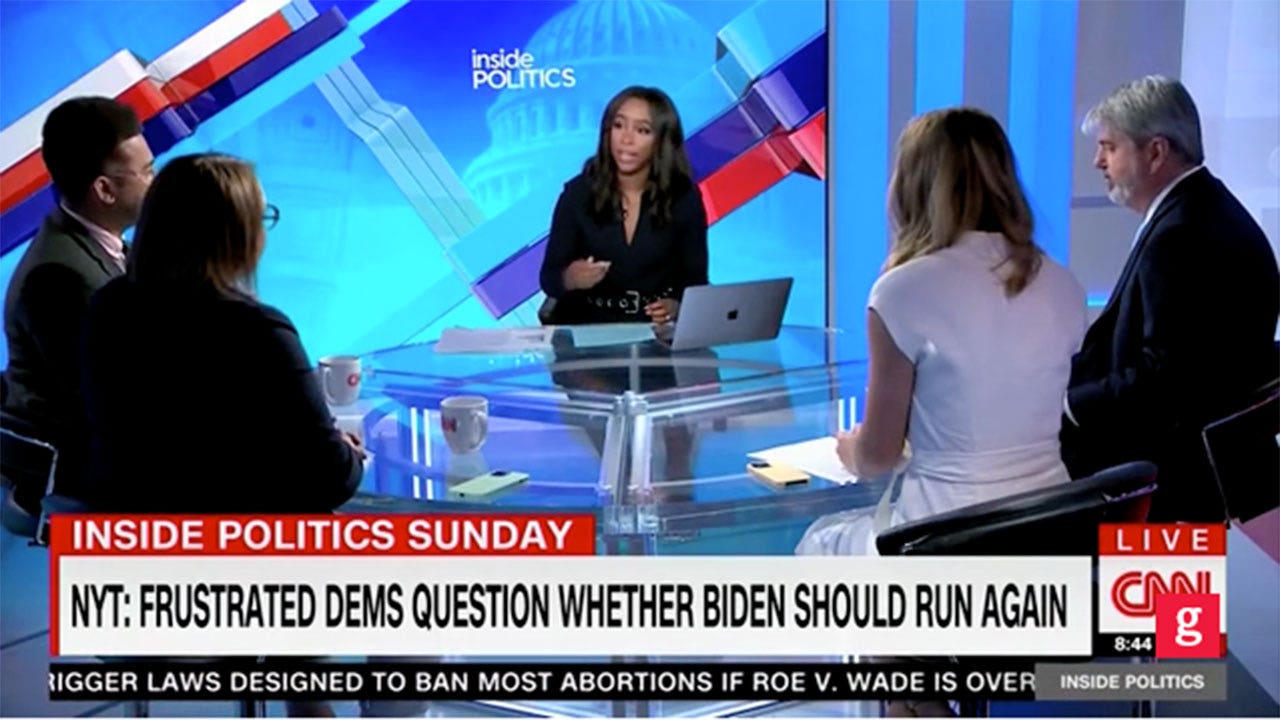 CNN political analyst and Axios editor Margaret Talev said Sunday that the chatter from Democrats about President Biden possibly not running for reelection in 2024 “weakens his ability to govern.”

“Inside Politics” Host Abby Phillip asked the panel about a New York Times article published Saturday that highlighted Democratic concern over Biden’s leadership. Many members of the party, according to the New York Times, view Biden as “an anchor that should be cut loose in 2024.”

“What does that do if you’re sitting in the White House right now and there’s loud chatter about this issue?” Phillip asked.

BIDEN GOES MORE THAN 100 DAYS WITHOUT MAINSTREAM MEDIA INTERVIEW: ‘HIS HANDLERS ARE PETRIFIED’

“It weakens Biden’s ability to govern, which is already weakened,” Talev said. “I think two things are true. Number one, if gas wasn’t $5 a gallon and inflation wasn’t eight-and-a-half percent, people would be still talking about whether Biden was the strongest person to pit against Trump, which is what this has always been about.”

The national average for a gallon of gas hit $5.01 on Sunday.

She said the other truth is that there was “no clear person to step in.”

Phillip noted that the many Democrats who spoke to the New York Times said that Vice President Kamala Harris would likely not “clear the field.”

“There is a calculus that also involves Trump. Trump is right now deliberating right now whether to announce early, how does that play into that decision-making do you think?” Phillip asked CNN reporter Gabby Orr.

BIDEN COMPLAINED TO REPORTERS ABOUT NEGATIVE COVERAGE OF HIS ADMINISTRATION: POLITICO

“On the one hand, a lot of Democrats would say, that no matter who runs against Donald Trump, we are going to defeat him. There’s not an appetite for another four years of that chaos that we saw. On the other hand, if Donald Trump does announce later this summer and you then have a messy Democratic primary that plays out, I mean that could give him a significant advantage. He will be they presumptive Republican nominee if he goes for this. And that’s quite a lead time that he would have,” Orr said.

Several media outlets, including NBC, CNN and Politico, have highlighted turmoil within the Biden White House in recent reports.

NBC reported that the president was frustrated with his staff for consistently walking back his statements and that he was worried it was making him look weak.

Hanna Panreck is an associate editor at Fox News.