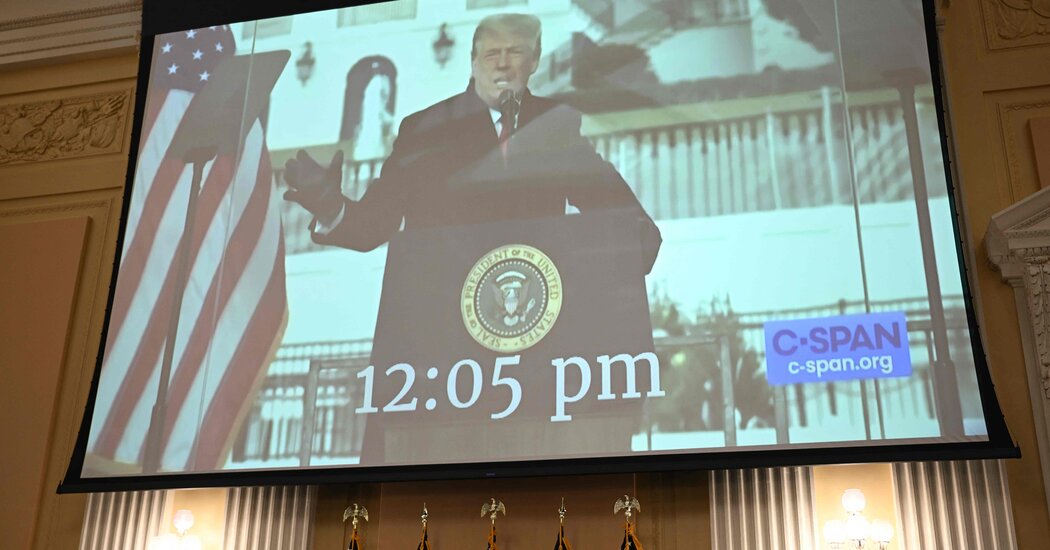 WASHINGTON — Monsters are not what they used to be.

I’m reading “Frankenstein” by Mary Shelley for school and the monster is magnificent. He starts out with an elegance of mind and sweetness of temperament, reading Goethe’s “The Sorrows of Young Werther” and gathering firewood for a poor family. But his creator, Victor Frankenstein, abandons him and refuses him a mate to calm his loneliness. The creature finds no one who does not recoil in fear and disgust from his stitched-together appearance, his yellow skin and eyes, and black lips. Embittered, he seeks revenge on his creator and the world.

“Every where I see bliss, from which I alone am irrevocably excluded,” he laments. “I was benevolent and good; misery made me a fiend.”

Before he disappears into the Arctic at the end of the book, he muses that once he had “high thoughts of honour,” until his “frightful catalogue” of malignant deeds piled up.

Shelley’s monster, unlike ours, has self-awareness, and a reason to wreak havoc. He knows how to feel guilty and when to leave the stage. Our monster’s malignity stems from pure narcissistic psychopathy — and he refuses to leave the stage or cease his vile mendacity.

It never for a moment crossed Donald Trump’s mind that an American president committing sedition would be a debilitating, corrosive thing for the country. It was just another way for the Emperor of Chaos to burnish his title.

We listened Thursday night to the frightful catalogue of Trump’s deeds. They are so beyond the pale, so hard to fathom, that in some ways, it’s all still sinking in.

The House Jan. 6 committee’s prime-time hearing was not about Trump as a bloviating buffoon who stumbled into the presidency. It was about Trump as a callous monster, and many will come away convinced that he should be criminally charged and put in jail. Lock him up!

The hearing drove home the fact that Trump was deadly serious about overthrowing the government. If his onetime lap dog Mike Pence was strung up on the gallows outside the Capitol for refusing to help Trump hold onto his office illegitimately, Trump said, so be it. “Maybe our supporters have the right idea,” he remarked that day, chillingly, noting that his vice president “deserves it.”

Liz Cheney cleverly used the words of former Trump aides to show that, despite his malevolent bleating, Trump knew there was no fraud on a level that would have changed the election results.

“I made it clear I did not agree with the idea of saying the election was stolen and putting out this stuff, which I told the president was bullshit,” William Barr, Trump’s attorney general, said.

Breaking from her father, Ivanka Trump — in a taped deposition — said she embraced Barr’s version of reality: “I respect Attorney General Barr. So I accepted what he was saying.”

(Her husband, Jared Kushner, won the prize for gall in his deposition: He was too busy arranging pardons for sleazeballs to pay attention to whether Trump aides were threatening to quit over the sleazeball in the Oval.)

Trump’s data experts told him bluntly that he had lost. “So there’s no there there,” Mark Meadows commented.

Trump just couldn’t stand being labeled a loser — his father’s bête noire. He maniacally subverted the election out of pure selfishness and wickedness, knowing it is easy to manipulate people on social media with the Big Lie.

It was fine with him if his followers broke the law and attacked the police and went to jail, while he praised their “love” from afar. It’s amazing that no lawmakers were killed.

Everywhere you look, there’s something that makes your blood run cold. The monster in “Frankenstein” is not the only one who has forsaken “thoughts of honour.”

Russia, also in the grip of a monster, is invading and destroying a neighboring democracy for no reason, except Vladimir Putin’s delusions of grandeur.

In Uvalde, the unfathomable story unspools about how the police delayed rescuing schoolchildren for an hour because a commander was worried about the officers’ safety.

Greedy golf icons joined a tour underwritten by the Saudis, even though the Saudi crown prince ordered a journalist dismembered. (Kushner is under investigation about whether he traded on his government position to secure a $2 billion investment from the Saudis for his new private equity firm.)

As Bennie Thompson, the chairman of the committee, noted, when the Capitol was attacked in 1814, it was by the British. This time it was by an enemy within, egged on by the man at the heart of the democracy he swore to protect.

“They did so at the encouragement of the president of the United States,” Thompson said of the mob, “trying to stop the transfer of power, a precedent that had stood for 220 years.”

It’s mind-boggling that so many people still embrace Trump when it’s so plain that he cares only about himself. He was quick to throw Ivanka off the sled on Friday, indicating her opinion did not count since she “was not involved in looking at, or studying, Election results. She had long since checked out.”

Let some conservatives dismiss the hearings as “A Snooze Fest.” Let Fox News churlishly refuse to run them.

The hearing was mesmerizing, describing a horror story with predatory Proud Boys and a monster at its center that even Mary Shelley could have appreciated. The ratings were boffo, with nearly 20 million viewers.

Caroline Edwards, the tough Capitol Police officer who suffered a concussion, was sprayed in her eyes and got back up to return to the fight, described a hellscape.

In his dystopian Inaugural speech, Trump promised to end “American carnage.” Instead, he delivered it. Now he needs to be held accountable for his attempted coup — and not just in the court of public opinion.