If You Must Point Fingers on Inflation, Here’s Where to Point Them 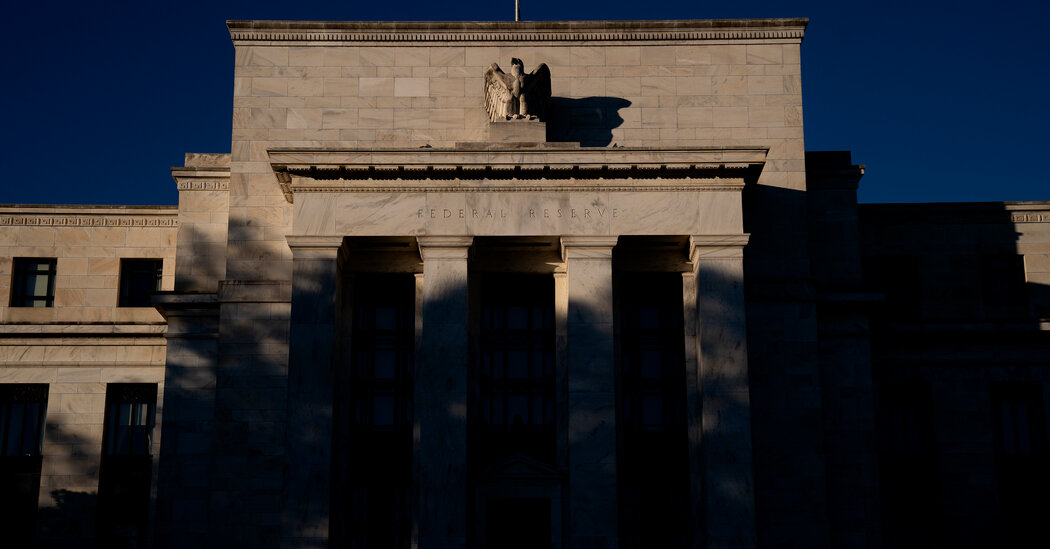 And while the Fed is a prime driver of this year’s volatility, the central bank continues to evade public accountability for it.

Just last month, for instance, the Senate confirmed Mr. Powell to serve another four-year term as Fed chairman. The vote — more than four to one in favor — reflects the amazingly high level of bipartisan support that Mr. Powell enjoys. The president, at a White House meeting in May, presented Mr. Powell as an ally in the fight against inflation rather than the culprit for much of this year’s financial market volatility. “My plan is to address inflation. It starts with a simple proposition: Respect the Fed and respect the Fed’s independence,” the president said.

This leaves the field open for the Republican Party to pin the blame for Wall Street’s woes on the Democratic Party’s inaction. As Jim Jordan, the Republican congressman from Ohio, phrased it on Twitter recently, “Your 401k misses President Trump.” This almost certainly presages a Republican line of attack over the summer and fall. It won’t matter that this rhetoric is the opposite of Mr. Trump’s back in 2018 and 2019, when the Fed was tightening and causing markets to teeter. Back then, Mr. Trump attacked Mr. Powell on Twitter and pressured the Fed chairman to cut interest rates even though the economy was growing. (The Fed complied in the summer of 2019.) But things are different now. Mr. Biden is in office, and the Fed’s tightening paves a clear pathway for the Republican Party to claim majorities in the House and Senate.

Republicans have also honed in on Mr. Biden’s $1.9 trillion American Rescue Plan, meant to mitigate the impact of the Covid-19 pandemic, as a cause for runaway inflation. Treasury Secretary Janet Yellen rejected that, noting in testimony before members of Congress: “We’re seeing high inflation in almost all of the developed countries around the world. And they have very different fiscal policies. So it can’t be the case that the bulk of the inflation that we’re experiencing reflects the impact” of the American Rescue Plan.

Democrats would be wise to point to the source of the problem: a decade of easy money policies at the Fed, not from anything done at the White House or in Congress over the past year and a half.

The real tragedy is that this fall’s election might reinforce the very dynamics that created the problem in the first place. During the 2010s, Congress fell into a state of dysfunction and paralysis at the very moment when its economic policymaking power was needed most. It should be viewed as no coincidence that the Fed announced that it would intensify its experiments in quantitative easing on Nov. 3, 2010, the day after members of the Tea Party movement were swept into power in the House. The Fed was seen as the only federal agency equipped to forcefully drive economic growth as Congress relegated itself to the sidelines.

With prices for gas, food and other goods still on the rise and the stock market in a state of flux, there may still be considerable pain ahead for consumers. But Americans shouldn’t fall for simplistic rhetoric that blames this all on Mr. Biden. More than a decade of monetary policy brought us to this moment, not 17 months of Democratic control in Washington. Voters should be clear-eyed about the cause of this economic chaos, and vote for the party they think can best lead us out of it.