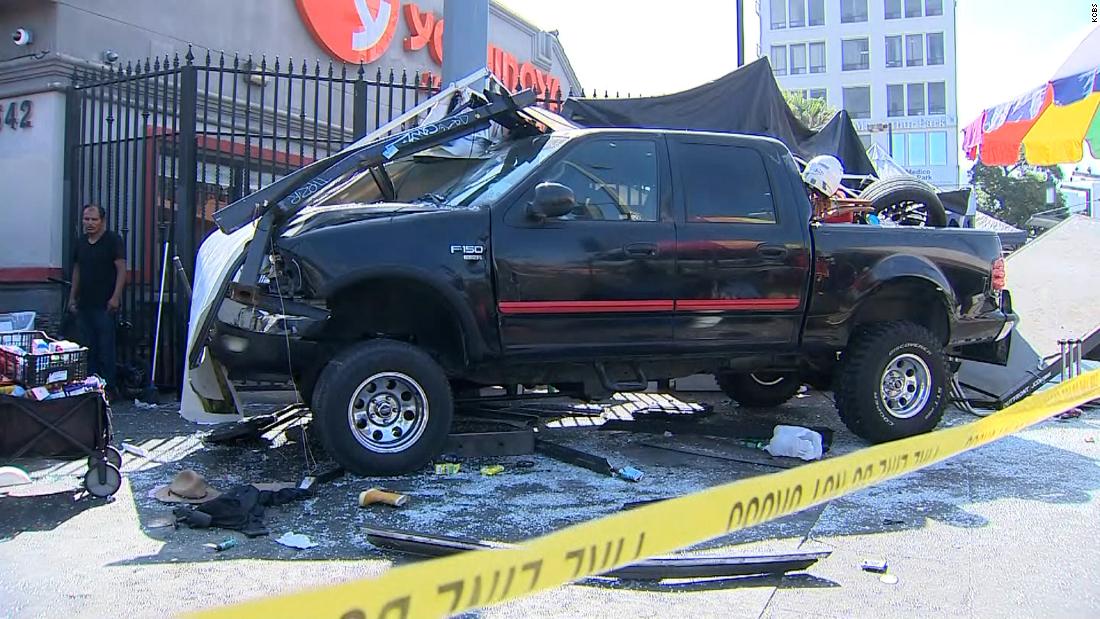 Los Angeles Police Department officials told CNN the driver hit the pedestrians after crashing into a Westlake sidewalk. Police are investigating the driver’s claim that someone outside his vehicle pointed a gun at him.

Of the nine people injured in the crash, six were transported to nearby hospitals, according to a statement from the Los Angeles Fire Department (LAFD). Three of the victims declined to have further care, the LAFD said.

One adult was “seriously injured” in the incident, while the other injuries were considered mild, the LAFD said.

The age and gender of the victims has not been released.

Firefighters with the LAFD were dispatched to the 647 block of S. Alvarado Street at 8:36 a.m., CNN affiliate KCBS reported.

This story is developing.