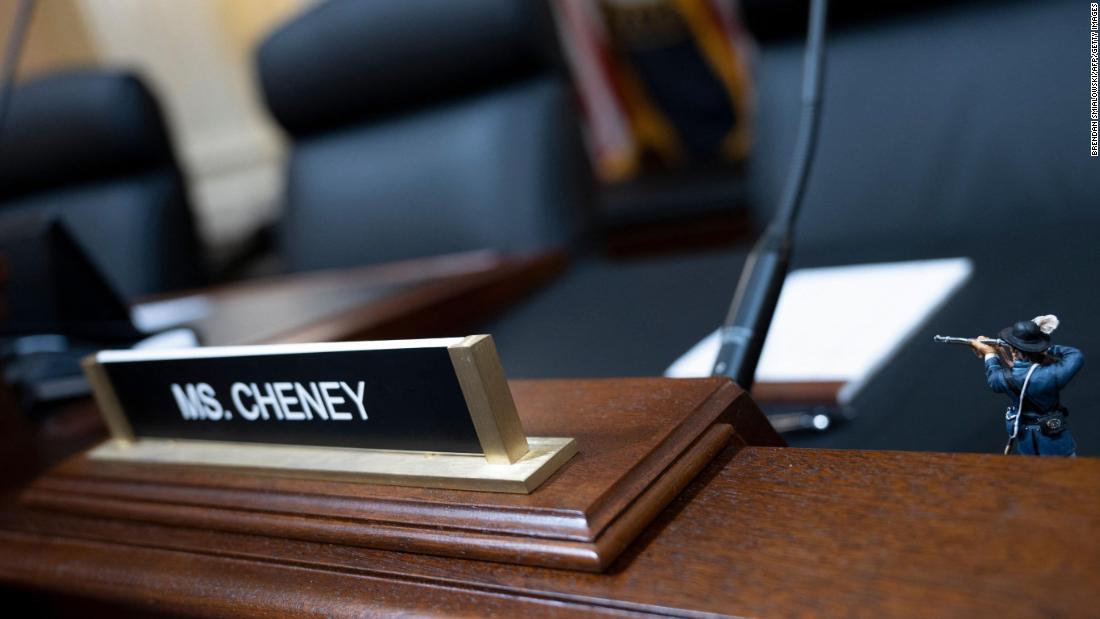 Cheney, a Wyoming Republican, serves as vice chair of the committee and played a prominent role during the hearing as she asserted that former President Donald Trump had a “sophisticated” plan to overturn the 2020 presidential election and warned members of her own party against defending the “indefensible.”

The pin and the top of the figurine could be seen as Cheney sat at the dais — and questions about what the figurine was and what it represented circulated on social media throughout the evening.

Jeremy Adler, a spokesperson for Cheney, told CNN the figurine was given to the congresswoman by Hannah Muldavin, a staffer for the committee and was made by Muldavin’s grandfather. Her grandfather made a number of the figurines, called “protectors,” for committee members and staff “to recognize their defense of democracy,” Adler told CNN.

The figurine has a message inscribed at its base that reads: “Select committee members and staff to investigate attack on Capitol, thank you.”

The pin Cheney wore during the hearing was given to her by members of the US Capitol Police, Adler said.

Capitol Police Officer Caroline Edwards testified during Thursday’s hearing and provided chilling and graphic detail of the violence that unfolded as Trump supporters stormed the Capitol that day.

Edwards likened what she say to “a war scene,” saying she witnessed “carnage” and chaos.”

“I couldn’t believe my eyes: There were officers on the ground. They were bleeding, they were throwing up,” Edwards said. “I saw friends with blood all over their faces. I was slipping in people’s blood. I was catching people as they fell. It was carnage. It was chaos.”