Analysis: 4 questions I want the panel to answer 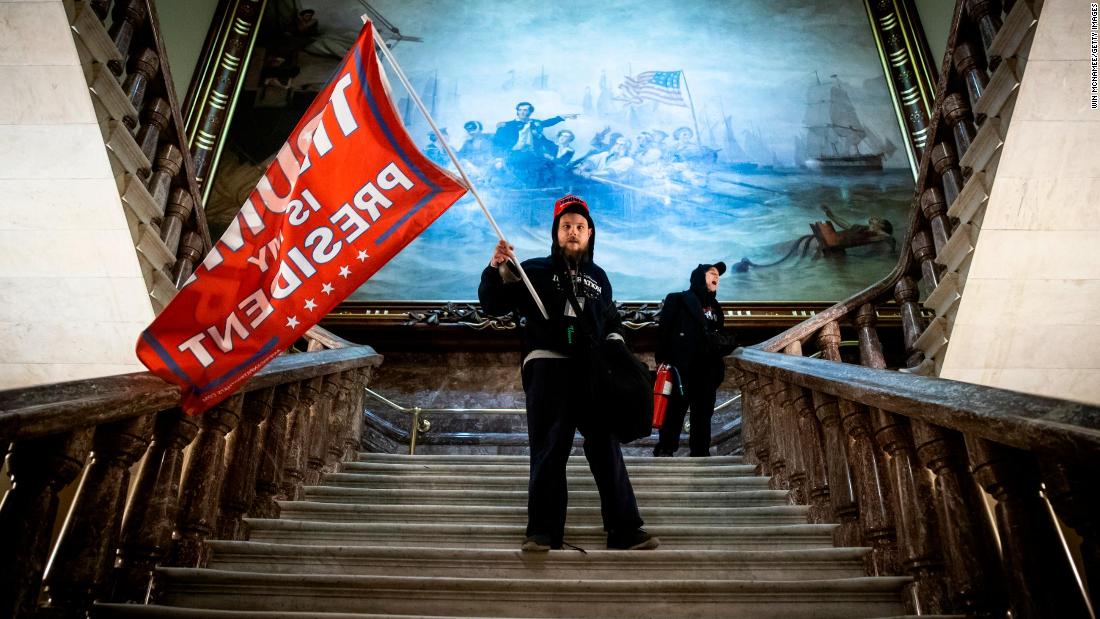 While this is the first in a series of hearings, it’s also the biggest and most important of them all, as it will set the stage for the rest of them and air while people are, typically, watching television at night.

With that import in mind, I have four questions that I am hoping the committee is able to get answers — or at least clues — to tonight.

1. What did Donald Trump know and when did he know it?

This is THE question of the night — and the broader investigation as well. Here’s what we know: a) Trump spoke at the “Stop the Steal” rally around midday of January 6. b) At that rally he urged his supporters to “fight like hell. And if you don’t fight like hell, you’re not going to have a country anymore.” c) In that speech, he also said that “everyone here will soon be marching over to the Capitol building.” d) He watched what was unfolding at the Capitol on TV. e) He issued a video statement at 4:17 p.m. via Twitter in which he said: “I know your pain, I know you’re hurt. We had an election that was stolen from us. It was a landslide election and everyone knows it, especially the other side. But you have to go home now.”

The central question is what did Trump do in the roughly three hours between concluding his speech at the rally around 1 p.m. and his tweet after 4 pm? Was he aware of how out of control things had gotten? Did he play a role in helping them get out of hand? Who did he talk to? What did they talk about?

2. What really happened in the phone call between Kevin McCarthy and Trump?

Again, let’s start with what we know: Trump and McCarthy talked via phone as the Capitol was being besieged by rioters. In February 2021, CNN reported that it had been “an expletive-laced phone call” in which the then-President had told the House minority leader of the protesters: “I guess these people are more upset about the election than you are.” McCarthy, who in the immediate aftermath of the January 6 attack, said that Trump “bears responsibility,” sought to downplay the nature of the phone call after the fact.

In a January 2022 interview with Fox News, McCarthy described the call this way: “What I talked to President Trump about, I was the first person to contact him when the riots was going on. He didn’t see it. What he ended the call was saying — telling me, he’ll put something out to make sure to stop this. And that’s what he did, he put a video out later.”

Those two versions of that critical phone call are irreconcilable. Both can’t be true. So, which one is?

3. Was the riot planned in advance?

Everyone in Trump world has gone out of their way to insist that the riot was an unplanned and unfortunate offshoot of what was planned to be a peaceful protest.

Rep. Marjorie Taylor Greene, a Georgia Republican, summed up this view nicely in a recent interview: “Nothing was planned. It just simply happened. … They want to say Trump did it. Well, no, President Trump did not do it. Republican members of Congress didn’t do it. … No one did this. It just happened.”
The question is whether the facts unearthed by the committee actually bear that out. As CNN’s Stephen Collinson wrote Thursday morning:

“In weeks of behind-the-scenes interviews that have reached deep into Trump’s West Wing, the committee has sought to establish, for example, the level of planning of the Capitol riot on January 6, 2021, and whether there were direct links between the ex-President’s circle and partisan groups like the Proud Boys.”

4. What did Jared Kushner and Ivanka Trump tell the committee?

The committee possesses video footage from depositions with Trump’s eldest daughter and his son-in-law. As CNN wrote Thursday: “Some of that footage will be revealed during the first hearing but may also appear during later presentations.”

On the eve of the committee hearing, The New York Times published a story laying out how Kushner and Ivanka Trump worked to distance themselves from Trump’s election lies and the what happened on January 6.

“No matter how vociferously Mr. Trump claimed otherwise, neither Mr. Kushner nor Ivanka Trump believed then or later that the election had been stolen, according to people close to them,” reported the Times. “While the president spent the hours and days after the polls closed complaining about imagined fraud in battleground states and plotting a strategy to hold on to power, his daughter and son-in-law were already washing their hands of the Trump presidency.”

Given that context, it’s possible — but not probable — that Kushner and Ivanka Trump used their testimony in front of the January 6 committee to further distance themselves from the actions of the former President and his inner circle (of which they once were a part). If that happened, it will be HUGE news.