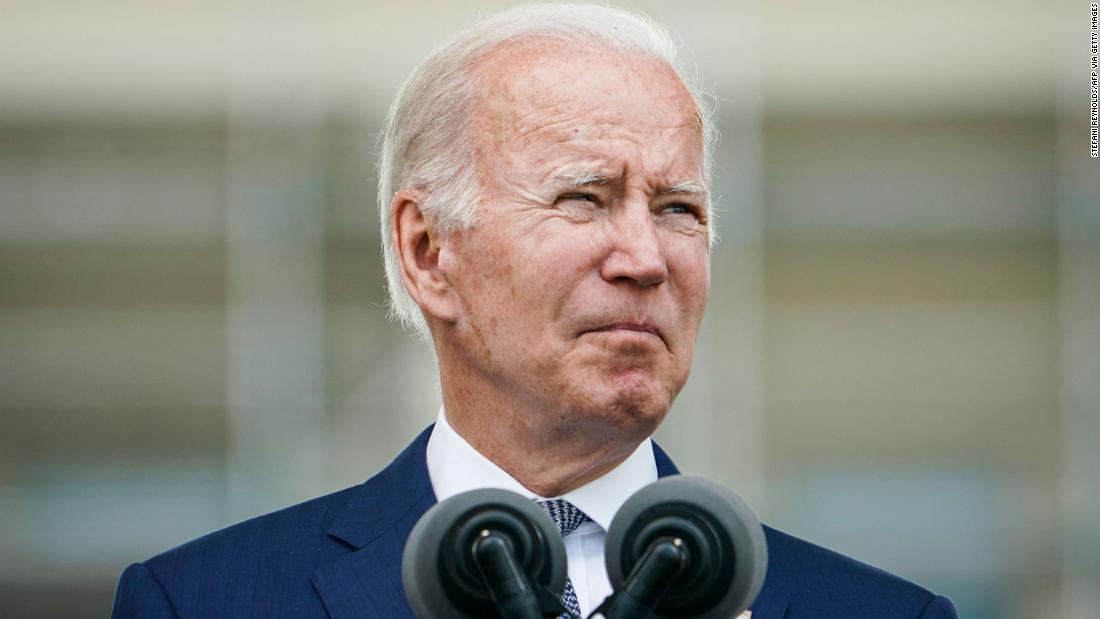 The President, during an appearance on “Jimmy Kimmel Live!” in Los Angeles, again pressed Congress to codify into law the right to abortion established by the landmark ruling in the wake of the publication of the leaked draft of the Supreme Court’s ruling on the issue.

“I think if the court overrules Roe v. Wade and does what is drafted … if that occurs, I think we have to, we have to legislate it. We have to make sure we pass legislation making it a law that is the federal government says this is how it works,” Biden told Kimmel.

He said, “I think what we’re going to have to do. There’s some executive orders I could employ, we believe — we’re looking at that right now.”

CNN has previously reported that Biden’s administration has been working for months in preparation for the expected decision by the Supreme Court overturning Roe v. Wade. The White House has so far not detailed exactly what options could be taken to mitigate the effects of the ruling.

Among that preparation has been convening roundtables with state lawmakers to discuss the issue and solicit ideas. Options for moves Biden could take include executive action that could make it easier for women to travel to receive abortions in states where the procedure is still legal or expanding access to medication abortion through the mail. Some advocates have also suggested leasing federal land for abortion clinics, bypassing state laws that restrict them.

The President said Wednesday night he believed the court’s ruling would cause a “mini revolution” and propel Americans to vote many Republicans out of office in this year’s midterm elections.

“It’s clear that if in fact the decision comes down the way it does and these states impose limitations they’re talking about, it’s going to cause a mini revolution. They’re going to vote lots of these folks out of office,” Biden said.

“You gotta make sure that you vote,” he added.

Biden again warned that the draft opinion suggests a wide range of rights beyond access to abortion will be threatened.

CNN’s Kevin Liptak and MJ Lee contributed to this report.