Jeff Koons sculpture worth up to $12.5 million to be auctioned for Ukraine aid 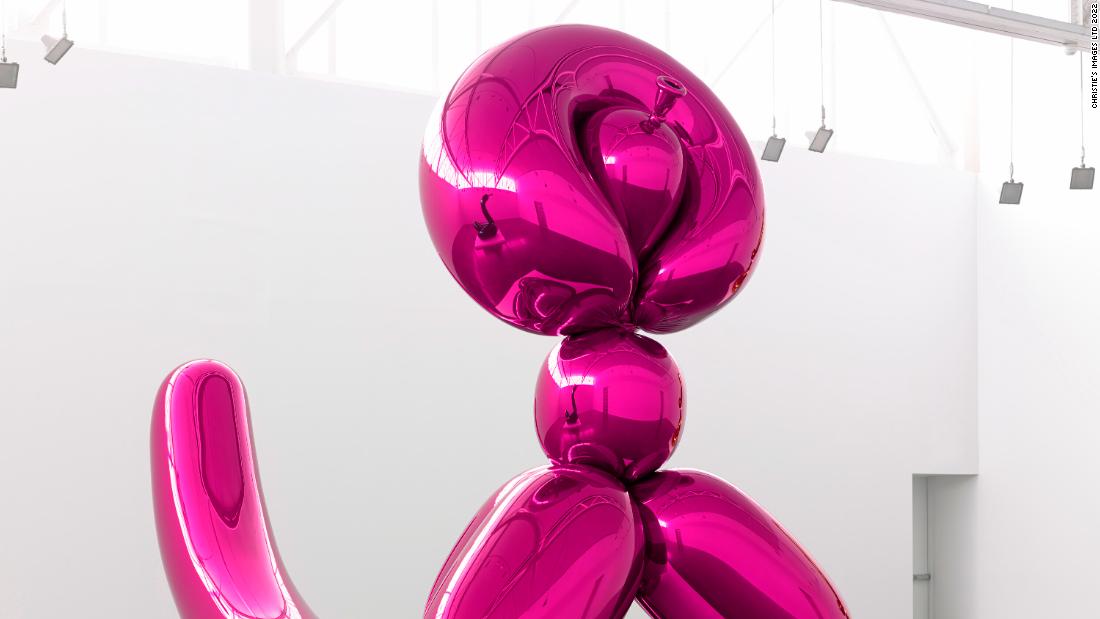 A Jeff Koons sculpture estimated to be worth up to £10 million ($12.5 million) will go on sale this month to raise funds for humanitarian aid for Ukraine.
Billionaire businessman Victor Pinchuk, together with his wife Olena, are putting Koons‘ seminal sculpture “Balloon Monkey (Magenta)” (2006-13) up for auction at Christie’s. Proceeds from the sale will be used to help soldiers and civilians wounded by the war who urgently require prosthetics, medical treatment and rehabilitation, according to a press release issued by Christie’s earlier this week.

The sculpture will be offered at an evening sale dedicated to works made in the 20th and 21st centuries at Christie’s in London on June 28.

In a statement issued through Christie’s on Tuesday, Koons said it was a “sincere privilege” to have his work auctioned for the humanitarian cause.

“Art’s true value is to be of service to humanity and there could not be a higher calling at this moment than to support the Ukrainian people,” Koons said.

The sculpture will also be exhibited in St. James’ Square, adjacent to the Christie’s headquarters in London, from June 14 to July 3.

Victor Pinchuk at the opening ceremony of the “Russian Warcrimes House,” a photographic exhibition documenting alleged war crimes committed by Russian troops in Ukraine. The event was organized by the Victor Pinchuk Foundation during the World Economic Forum annual meeting in Davos in May. Credit: Fabrice Coffrini/AFP/Getty Images

Koons described a personal connection to the Pinchuks — and Ukraine.

“Through my friendship with Victor and Olena Pinchuk, my life has been enriched by the people and culture of Ukraine. I have had the opportunity to visit Ukraine numerous times by myself and with my family and have always felt a strong sense of community, friendship, and history,” he said in the press release.

“One of the reasons that I have always worked with balloons is that the membrane is a reference to our skin; it’s about both internal and external life. I have been very saddened by the human and cultural impact of the war and destruction that I have witnessed in Ukraine.

“‘Balloon Monkey (Magenta)’ fittingly symbolizes hope, affirmation, and transcendence, and I can only hope that the donation of my artwork by Victor and Olena Pinchuk can help draw attention to the need for aid and support for the people of this country, now more than ever.”

According to Forbes, Victor Pinchuk has a net worth of $1.9 billion, having used his Ph.D. in pipe design to found Interpipe, producer of steel products, in 1990. He owns Grand Buildings, a landmark historical building on Trafalgar Square in London and chairs the PinchukArtCenter, which is known for its biannual global contemporary art prize that awards $100,000 to a young artist, Forbes reports.

In 2013, Pinchuk committted to give half or more of his fortune over the years to philanthropic causes, joining the Giving Pledge, a philanthropic initiative founded in 2010 by Bill Gates and Warren Buffett, according to the Victor Pinchuk Foundation website.

In the Christie’s press release announcing the sale, he said: “Our gratitude and respect to our soldiers have no limits. They give their blood for us, the future of Ukraine, and the world. Every fellow Ukrainian civilian killed or wounded by Russian shelling, shooting, and systematic violence means a wound in our souls.

“With the proceeds of the auction, we can help save lives. We can help make lives destroyed by war whole again. Dozens, maybe hundreds of lives, each of which has a value beyond words.”