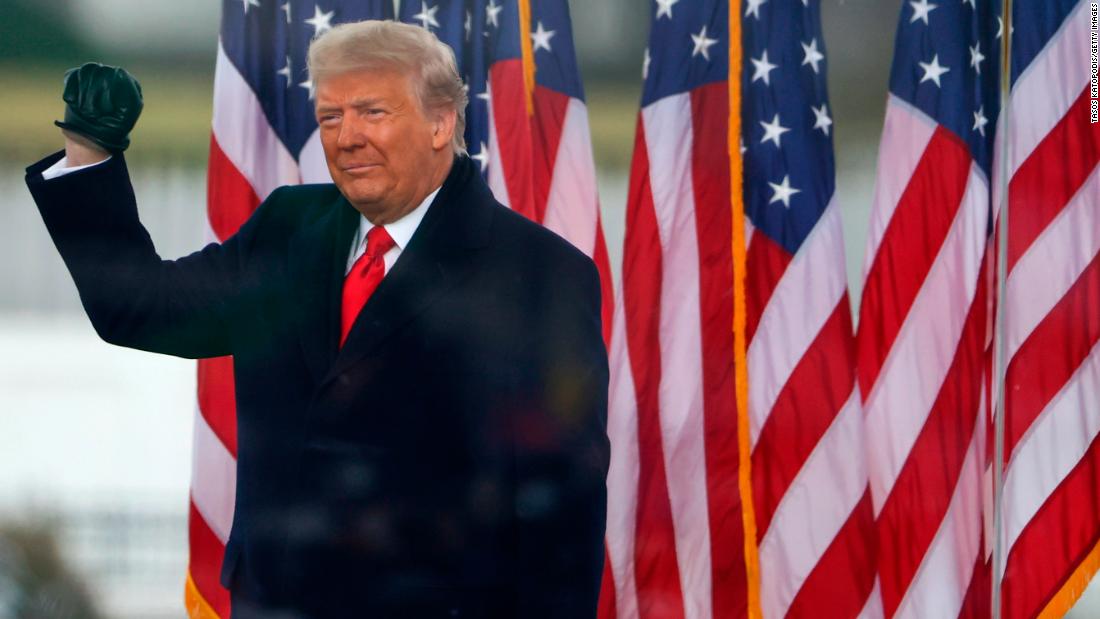 The committee’s central mission has been to uncover the full scope of Trump’s unprecedented attempt to stop the transfer of power to President Joe Biden. This includes Trump’s attempts to overturn his 2020 defeat by pressuring state and federal officials, and what committee members say was his “dereliction of duty” on January 6 while his supporters ransacked the US Capitol.
Lawmakers will try to convict Trump in the court of public opinion — which is all they can do, because it’s not within their powers to actually indict Trump. But they have an emerging legal foundation to claim that Trump broke the law, thanks to a landmark court ruling from a federal judge who said it was “more likely than not” that Trump committed crimes regarding January 6.
These highly choreographed hearings will be the panel’s first opportunity to show the public what they’ve learned from more than 1,000 witness interviews and 135,000 documents. An avalanche of new information about January 6 has come to light since Trump’s impeachment trial in February 2021, where he was acquitted of one count of “incitement of insurrection.”

“We are going to tell the story of a conspiracy to overturn the 2020 presidential election and block the transfer of power,” Rep. Jamie Raskin, a Maryland Democrat who serves on the committee, told the Washington Post earlier this week, adding that the committee “has found evidence of concerted planning and premediated activity” related to the events of January 6.

Here’s a breakdown of what the panel — and the press — unearthed about Trump’s leadership role in the anti-democratic scheme, and how it all fits into the ongoing criminal investigations.

The committee has interviewed officials from Michigan and Georgia, among other states, where Trump unsuccessfully tried to cajole local officials into nullifying Biden’s votes and name him the winner. Trump also tried to enlist senior Justice Department officials to assist with these efforts.
Lawmakers have also dug into the “fake electors” plot, which was led by Trump campaign officials and was an attempt to undermine the Electoral College process in December 2020.
Congressional investigators have obtained hundreds of emails from right-wing attorney John Eastman, who directly advised Trump to pursue legally dubious methods to stay in office. This included a plan for then-Vice President Mike Pence to throw the election to Trump on January 6 while presiding over a joint session of Congress to certify Biden’s Electoral College victory.
In another victory for the committee, the judge in Eastman’s civil case said Tuesday that the potentially criminal scheme between Trump and Eastman to obstruct the Electoral College proceedings was formed in December 2020, weeks earlier than previously established. The ruling paves the way for the panel to get additional emails that Eastman tried to keep secret.
Trump and his allies pushed ahead with these efforts, and promoted the “Big Lie”, even after he was told by top officials, including then-Attorney General Bill Barr, that the election results were legitimate and that he lost. Even Eastman acknowledged in emails at the time that his plans were not legally sound. Lawmakers have said this suggests Trump had a corrupt state of mind.

“The data is going to be compelling from the committee,” former Rep. Denver Riggleman, who was a Republican advisor to the committee, said on CNN’s “Anderson Cooper 360°” last week. “I think it is up to the American people, after that is presented, to come up — using facts, not fantasies or opinions — on what the culpability of the President is, and the people around him.”

Trump, Eastman and the other GOP figures who were involved have denied wrongdoing. Spokespeople for Trump did not respond to a request for comment for this story.

Trump’s dereliction of duty during the Capitol riot

Once Trump failed to stop states from certifying their results, he started focusing on January 6 as his last chance to cling to power. The facts of that tragic day are well-known, but the panel is going to attempt to drive home a clear narrative from the chaos: Trump knew his supporters could get violent, but egged them on anyway, and was derelict when he didn’t do try to stop the violence.

“They were warned that January 6th could, and likely would, turn violent,” Wyoming Rep. Liz Cheney, the Republican vice chairwoman of the panel, said at a committee hearing in March.

Pence’s staffers were so concerned before January 6 that they warned the US Secret Service that Trump might stoke violence against him, because he wasn’t willing to overturn the election, according to The New York Times. (The Secret Service has since claimed it has “no knowledge” of that conversation happening.) Some of Pence’s senior advisers, who have cooperated with the committee’s inquiry, could potentially be called as witnesses during the public hearings.
Prominent Republican officials and right-wing media figures knew in real-time that only Trump could call off the mob and bring an end to the deadly carnage at the Capitol, according to text messages that these Trump allies sent to Trump’s chief of staff Mark Meadows on January 6. CNN obtained his texts after he partially complied with a subpoena to turn over the messages.
Despite those pleas, according to committee members, Trump spent 187 minutes during the riot watching TV and working the phones, seemingly pleased with how his supporters were fighting for him at the Capitol. He reacted approvingly when he learned that some of the rioters were chanting “hang Mike Pence,” according to testimony that the panel got from a Meadows aide.
To zero in on these crucial hours inside the White House, the panel interviewed people who were there with Trump that day, including his daughter Ivanka Trump and his son-in-law Jared Kushner. Clips of their videotaped depositions will likely be played at the public hearings for the first time — which are just some of the never-before-seen details that lawmakers have teased.

Trump under criminal investigation in Georgia

The hearings will likely delve into one of the most infamous episodes from Trump’s attempts to subvert the election: His phone call with Georgia’s top election official, where Trump falsely claimed that the election was rigged and pleaded with him to “find” enough votes to let him win.
The explosive call between Trump and Georgia Secretary of State Brad Raffensperger was serious enough to trigger a criminal investigation by state prosecutors in Atlanta. The district attorney there has convened a special grand jury and has started issuing subpoenas, and has broadened the probe to also look at the “fake electors” plot to subvert the results in Georgia.
Fulton County District Attorney Fani Willis, a Democrat, has said she’s not adhering to a political schedule with her investigation and will follow the facts wherever they lead. Trump has denied wrongdoing. The probe is widely considered one of the gravest ongoing legal threats to Trump.

Federal investigators have feverishly rounded up more than 800 alleged rioters, making arrests in almost every state. But the question remains (especially among Democrats): Will the Justice Department go after Trump?
There are some signs that prosecutors are moving up the food chain. FBI agents interviewed Republicans in Michigan and Georgia who were involved in the “fake electors” plot, which puts the probe one step closer to Trump’s orbit. The Justice Department is asking witnesses about the role of Eastman and former Trump lawyer Rudy Giuliani, according to The New York Times.
Federal grand jury subpoenas have been issued to at least one figure who planned pro-Trump rallies in Washington, DC, on January 6. The organizer, Ali Alexander, says he is complying. Investigators’ interest in Alexander show that they aren’t only looking at the rioters themselves.
Separately, the Justice Department has charged former Trump advisers Steve Bannon and Peter Navarro with contempt of Congress for defying committee subpoenas. (They maintain their innocence.) Prosecutors declined to charge Meadows and another top Trump White House aide, Dan Scavino, who claimed that executive privilege protected them from having to testify.
It’s unclear how far the Justice Department will go to investigate Trump. Attorney General Merrick Garland said he is “committed to holding all January 6th perpetrators, at any level, accountable under law,” but many legal analysts have expressed skepticism that he’ll go after Trump, based on the slowness of the probe and the challenges of charging a former President.