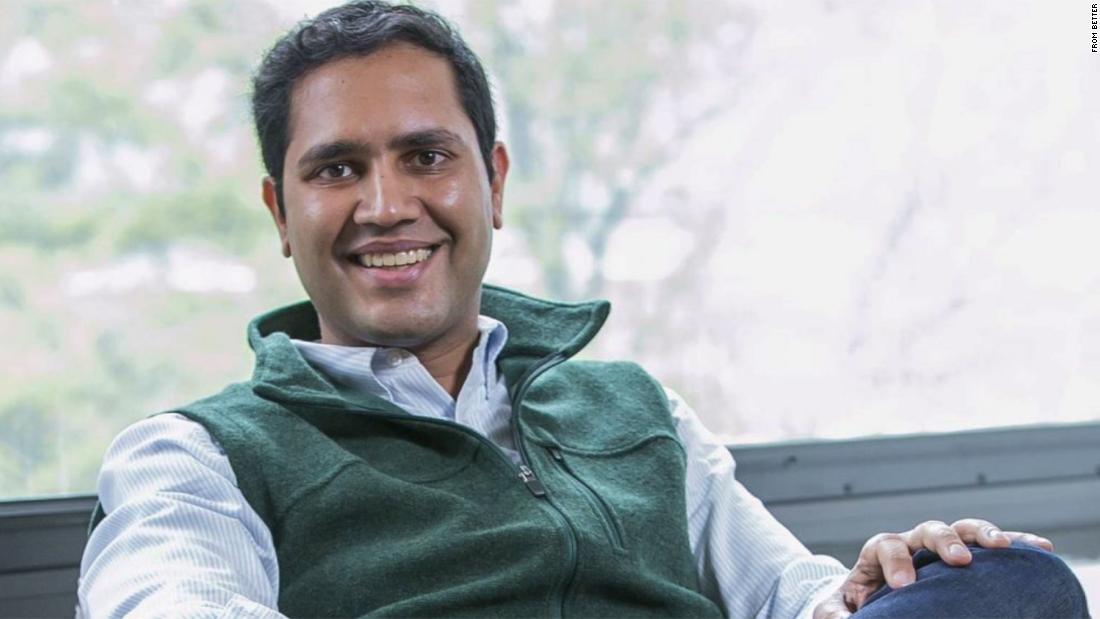 The SoftBank-backed online mortgage company agreed to a $7.7 billion merger with a blank-check firm to take the company public just over a year ago, but the so-called SPAC deal has yet to close. Since then, Garg’s public controversy — and surging mortgage rates — have hurt the company’s image and business.

Sarah Pierce, a former executive vice president for sales and operations at the company, claimed in a lawsuit that Garg misrepresented Better.com’s statements to ensure the SPAC merger moved forward.

Garg feared investors would withdraw the merger agreement because of Better.com’s deteriorating financial condition, Pierce alleged. She is suing both Garg and Better.com for making false statements to investors about the digital mortgage firm’s financial prospects and performance.

A Better.com lawyer said the claims were “without merit.” SoftBank (SFTBF) did not immediately reply to a request for comment.

Pierce said in the lawsuit, filed on Tuesday in a US district court, that she was pushed out of her role in February in retaliation for raising concerns about the deal. She is seeking financial compensation.

She also claimed that Garg made several miscalculations about the looming interest rate environment, pushing Pierce to hire hundreds more staff. Garg allegedly said mortgage rates would fall and sales would grow because “President Biden will die of Covid.”

“We have reviewed the claims in the complaint and strongly believe them to be without merit,” a lawyer for Better.com said in a statement. “The company is confident in our financial and accounting practices, and we will vigorously defend this lawsuit.”

Better.com became a profitable business and a major success story for SoftBank during America’s housing boom. Sales surged almost tenfold in 2021. The company, which assists customers in purchasing mortgages and insurance, ranked No. 1 on LinkedIn’s Top Startups list in 2021 and 2020.

But public sentiment about the company turned at the end of last year, when a video of Garg firing staff over Zoom went viral in December. The controversial layoff announcement, issued days before Christmas, made Garg the subject of dozens of national news stories. He became the poster child for unscrupulous corporate conduct during the work-from-home era.

“If you’re on this call, you are part of the unlucky group that is being laid off,” Garg said on the call, laying off 9% of the company’s staff. “Your employment here is terminated, effective immediately.”

The CEO accused fired employees of “stealing” from colleagues and customers by being unproductive and only working two hours a day. Garg had promised a follow-up email from HR after announcing the layoffs — but one former employee told CNN Business he immediately lost access to his company computer, phone, email and messaging, including Slack channels.

Garg took a one-month leave of absence returning in January. He used his leave to “reflect on his leadership, reconnect with the values that make Better great and work closely with an executive coach,” the company told employees in a memo upon his return.

An outside law firm reviewed Better’s workplace culture, and the company added more managers and a chief human resources officer.

Garg apologized to staff in January, saying he was “deeply sorry for the angst, distraction and embarrassment my actions have caused.”

Two Better.com board members resigned in January. The company said at the time that “while we do not comment on individuals’ determinations to leave the board, Raj and Dinesh did not resign because of any disagreement with Better.”