3 Missouri inmates cut through a ceiling and escaped. They're still on the run 4 days later 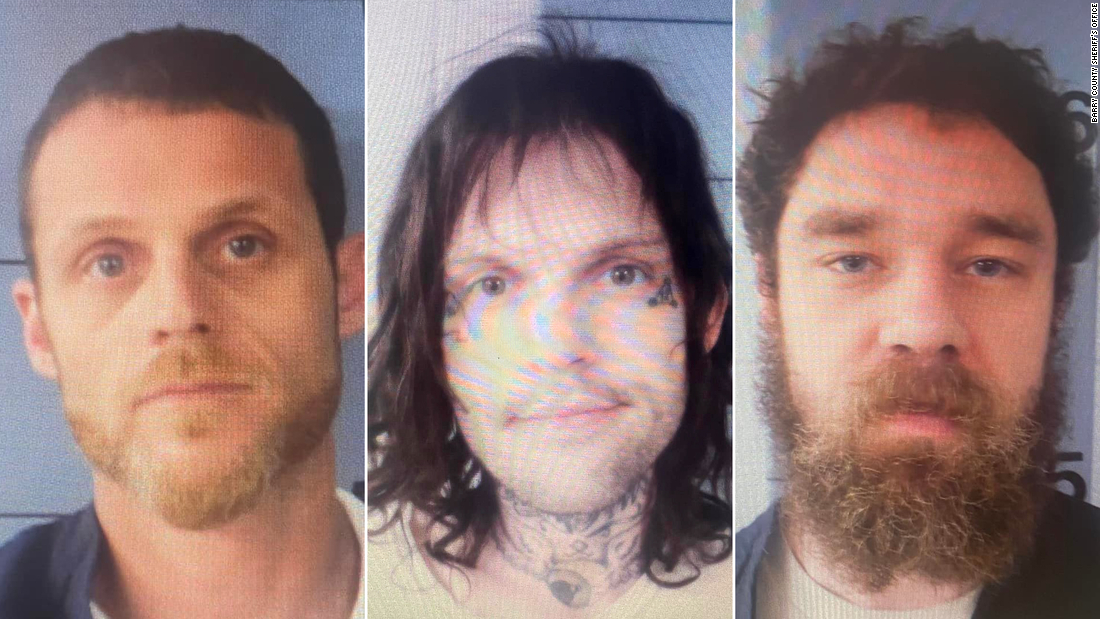 The inmates — two of whom were in the same pod in the jail while the third was in an adjacent pod — climbed out of holes they cut in the ceiling and left the building through a maintenance door, Barry County Sheriff’s Office detective Doug Henry told CNN.

The building is old and the ceilings are made of plaster, Henry said, which could have made the trio’s escape easier.

The sheriff’s office identified the three individuals as Lance Justin Stephens, 29, Matthew Allen Crawford, 29, and Christopher Allen Blevins, 37. Stephens is facing charges including possession of a controlled substance and unlawful use of a weapon, Crawford is facing theft charges and Blevins is facing charges including the unlawful possession of a firearm, unlawful use of a weapon and resisting a lawful stop, according to information posted on the sheriff’s office website.

CNN has not been able to determine which attorneys represent the three men.

On Monday, the sheriff’s office announced the US Marshals Service had taken over the search for the escaped inmates, and added in a Facebook post authorities believe the three “are not in the area.”

Authorities also believe the inmates are no longer together. “One was seen in Arkansas, one in Springfield,” Henry said.

“If you have any information on where the suspects are or where they are heading, we welcome your tips and they will be passed on to the Marshals,” the sheriff’s office said on Facebook.

CNN has reached out to the Marshals Service for additional information.