Wages are rising at their fastest pace in decades. Here's how that stacks up with inflation 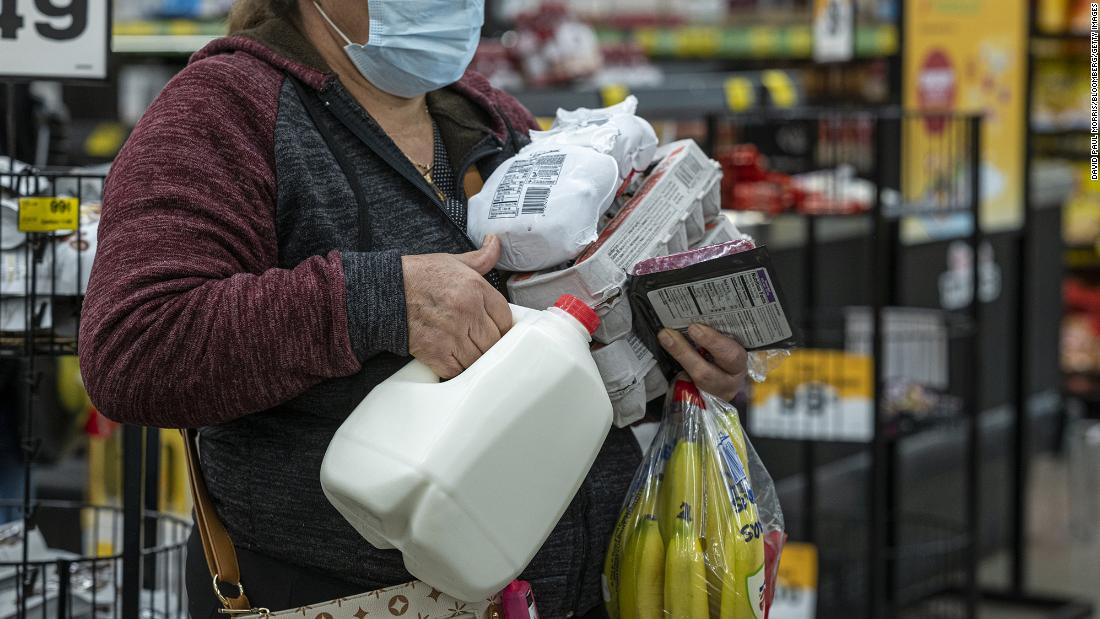 A lot of the pain is coming at the gas pump and supermarket checkout. Buying a house has become a lot more expensive too, with mortgage rates above 5%.

“Clearly, the fact that costs are rising so much — and for many folks, more than their wages — is having an impact,” Hoyt said.

Just how much more do gas, mortgages and food cost these days, compared to the hike in wages? CNN Business took a look.

The median hourly wage for full-time workers was $1.70 higher in April than it was a year earlier, according to the Federal Reserve Bank of Atlanta’s Wage Growth Tracker. For those with a 40-hour work week, that is an increase of $68 a week — the highest since the bank began keeping records in 1997.

Full-time workers are making 6.2% more than they were in April 2021. Over the course of a year, the boost in pay would come to $3,536.
Gas prices have soared in recent months. Demand is stronger as Americans resume traveling and commuting, but supply issues continue due to Russia’s invasion of Ukraine, retirements at US refineries and reduced oil production by the US and OPEC. The latter recently agreed to pump more oil over the next two months.
Nationwide, a gallon of gas cost $4.87 on June 6, compared to $3.05 a year earlier, according to AAA. Prices have hit fresh highs in recent days — a month ago, a gallon of gas cost $4.28.

A year-over-year increase of $1.81 translates into a nearly $1,551 jump in annual household spending on gas, according to Moody’s Analytics.

The price hike has forced many Americans to make tough choices, including how often they can visit with family, what jobs they can take and where they can vacation this summer.

Mortgage rates have risen sharply since January, though the spike has eased a bit in recent weeks.

The average rate for a 30-year, fixed-rate mortgage was 5.09% in the week ending June 2, compared to 2.99% a year earlier, according to Freddie Mac.

The rate hike means that a homebuyer who puts 20% down on a $375,500 home and finances the rest with a 30-year, fixed-rate mortgage will pay nearly $4,400 more a year and about $131,150 more in cumulative interest payments over the life of the loan, according to Freddie Mac.

Higher rates have prompted a slowdown in the housing market, which boomed during the pandemic. The rising cost of borrowing has made it even harder to afford a home and has pushed some prospective buyers out of the market altogether.

Shopping at the supermarket has become a lot more expensive over the past year, with the price of eggs, ground beef, apples, carbonated beverages and other items rising by double-digit percentages, according to IRI, which tracks data from 66,000 stores nationwide.

Nearly all shoppers surveyed by IRI in May said they are concerned about food inflation, and about three-quarters said they are making at least one change to their shopping behavior. About half are looking for sales or deals more often, more than a third are cutting back on non-essentials and a quarter are switching to lower-cost options more often.

These shifts are helping to blunt the impact of inflation, said Jonna Parker, principal of IRI Fresh. The $304 increase in annual spending equates to a jump of 4.1% — less than the price hike of many of shoppers’ favorite items.