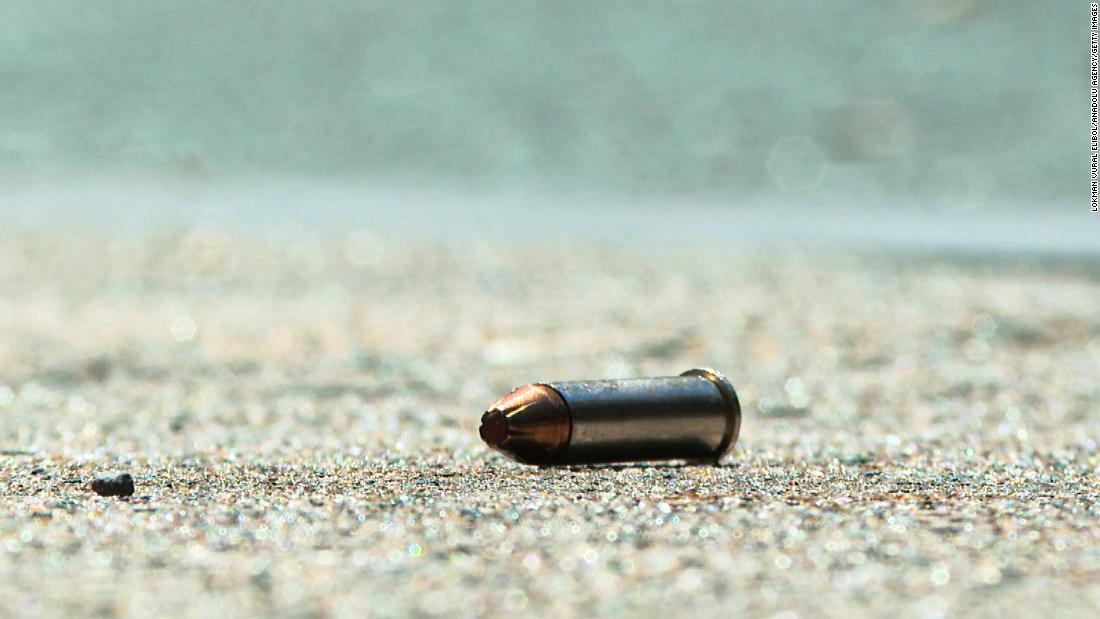 But the number of arms being used by Americas on each other is making the free state feel not at all secure.

These are not the shootings — like the racially motivated massacre at a Buffalo supermarket or the senseless killing at an elementary school in Uvalde, Texas — that command news for days on end. They are the daily toll of gun violence Americans are apparently willing to endure for their rights.

The possible new national laws toward which a bipartisan group of senators is inching will not solve the problem. But they could create a standard for red flag laws and improve background checks to keep guns out of the hands of people in crisis or those who shouldn’t have them.

The messaging on gun laws is the key to gun laws

The key to passing those incremental fixes is to convince Republicans that the new laws don’t, in any way, infringe on the Second Amendment.

“We’re not going to do anything that compromises the ability of a law-abiding American to be able to buy a weapon,” Sen. Chris Murphy said on “State of the Union” on Sunday.

The Connecticut Democrat would rather ban assault weapons but realizes he needs support from 10 Republicans in the Senate to get that done.

Some new support for an age limit on buying AR-15s

There are some indications the talks could go further than previously expected.

Democratic Sen. Joe Manchin of West Virginia, a supporter of gun rights, told CNN on Monday that he would support raising the age for buying semi-automatic rifles like an AR-15 to 21. Somehow, current federal law allows 18-year-olds to buy AR-15s, which are technically rifles, but not handguns — although there are loopholes for handguns.

The bipartisan talks do not currently seem to have gotten as far as agreeing to simply raise the age limit.

Republicans must be convinced this is not a state issue

Sen. John Thune of South Dakota, the Republican whip, said Monday that he thinks states should decide if 18- to 21-year-olds can buy semi-automatic rifles, but that there was a larger conversation and one potential idea could be an enhanced waiting period or background check for younger buyers.

Murphy said his talks with Sen. John Cornyn, the Texas Republican, have included that 18-21 population and “doing what is necessary to make sure that we aren’t giving a weapon to anybody that has during their younger years a mental health history, a juvenile record.”

The shooters in both Buffalo and Uvalde could have been flagged.

The bipartisan talks rely on one key thing, Murphy said Sunday: convincing Republicans they won’t pay a political price for passing new legislation. That, he argued, is what allowed Florida Republicans to pass a red flag law after the Parkland high school shooting in 2018.

Republican Sen. Rick Scott of Florida, who signed those gun measures into law when serving as governor, also seemed to oppose new federal efforts to impose age limits on purchases.

“All this stuff ought to be done at the state level,” he said, arguing that laws are more easily changed at that level.

Republican political donors in Texas who described themselves as conservative gun owners ran a full-page ad in Sunday’s Dallas Morning News encouraging Cornyn to back a national red flag law and restrict people under 21 from purchasing guns.

New York has a red flag law, although it did not keep the Buffalo shooter from obtaining weapons.

The New York Times has an interesting story about Suffolk County on Long Island, which has used the red flag law to take guns from many people, often young men.

The Supreme Court could take a bite out of New York’s state gun laws with a decision this term that could invalidate a more-than-a-century-old requirement for residents to show reasons for obtaining concealed carry permits.

What would the court accept?

Congress should have the ability to legislate in these areas, two former Supreme Court clerks — John Bash for the conservative Justice Antonin Scalia and Kate Shaw for the liberal Justice John Paul Stevens — recently argued in The New York Times.

The late justices and their clerks were on opposing sides of the landmark 2008 decision District of Columbia v. Heller, which said despite that language about well-regulated militias, the Second Amendment actually gave Americans an individual right to bear arms for protection.

The clerks said the decision also invited federal regulation — gun laws — and that much of what’s been discussed, including expanded background checks, would not run afoul of that decision.

“Most of the obstacles to gun regulations are political and policy based, not legal,” Shaw and Bash wrote.

A much bigger problem

Gun violence extends so much further than the planned mass shootings that get so much attention on the news.

Read this horrible report about a man and his grandsons in Texas who were killed, apparently by an escaped murderer who was the subject of a massive manhunt.

Authorities have not yet released the circumstances around the killing of Mark Collins and four of his seven grandchildren, who had gone on a fishing trip.

The suspect, Gonzalo Lopez, already a convicted murderer, was later killed in a shootout with police, using firearms that were likely stolen from the Collins ranch.

CNN’s other reports on shootings on South Street in Philadelphia, at a nightclub in Chattanooga, Tennessee, and at a graduation party in Clarendon County, South Carolina, do not name suspects or motives, but in every case police said multiple guns were used.

Philadelphia’s mayor suggested the guns used in his city were illegally obtained and already against the law.

“It’s gotten to the point where there’s no price to pay for carrying illegal guns, so people carry them because they don’t think anything is going to happen,” said Mayor Jim Kenney, who wants tougher gun laws at both the state and federal level.

In liberal states like New York, lawmakers are scrambling to strengthen laws that failed to detect the Buffalo mass shooter.

And, headed in the opposite direction, Ohio’s governor has said he will sign a law to allow teachers and other staff to carry guns in schools after 24 hours of training.

Meanwhile, in Washington — where it’s much harder to pass laws than in most states — the only laws that may be able to pass the Senate are those that Republicans can be convinced do not infringe on the Second Amendment, which for now takes most gun measures off the table.

This story has been updated with additional information.