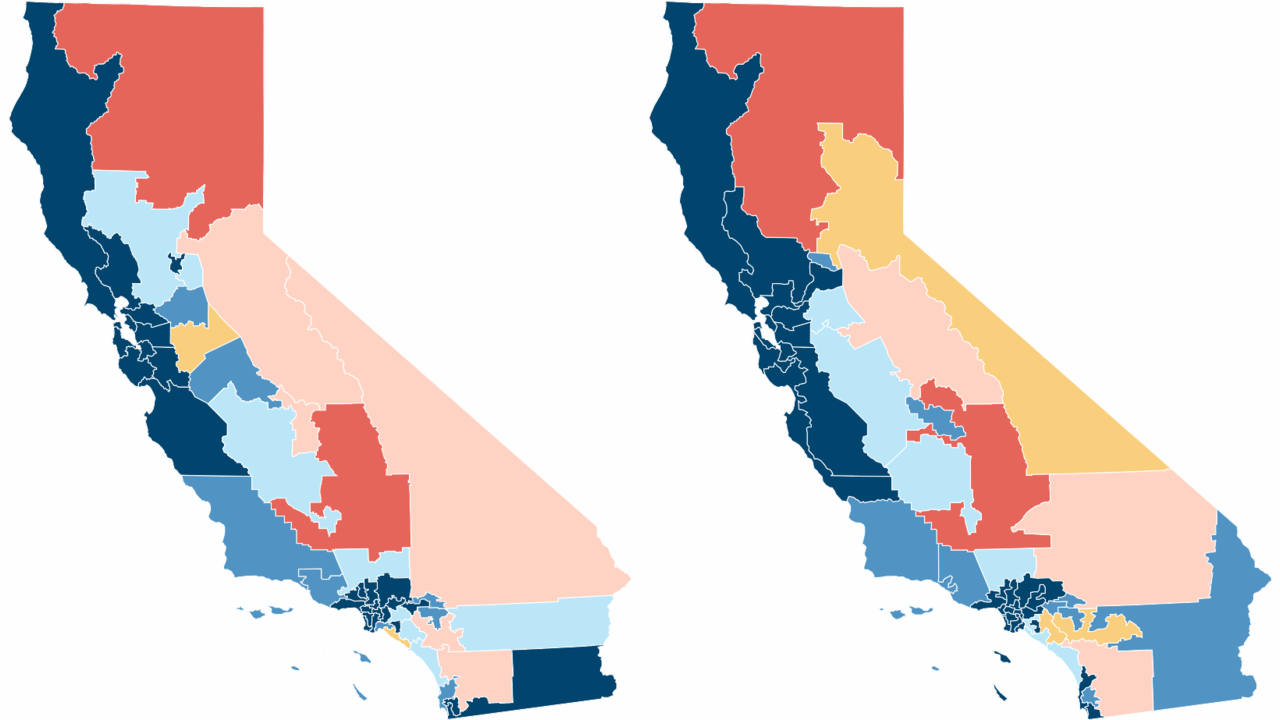 Every 10 years, states redraw the boundaries of their congressional districts to reflect new population counts from the census. After years of rapid growth both in population and in seats in Congress, California is losing a seat in the House for the first time in its history.

California’s redistricting commission drew a map that scrambled the state’s district lines and could create as many as 10 competitive seats. Overall, the map is expected to be better for Democrats, because the three most competitive seats are all currently represented by Republicans.

How the districts voted in 2020, by presidential vote margin in percentage points

In California, the Hispanic population officially became the largest racial or ethnic group in the state for the first time after the 2020 census. Although California lost a seat in the House overall, the new map boosts representation for Hispanic voters. There will now be three more congressional districts where Hispanic or Latino people represent the majority of residents.

There are also two additional White-majority districts in the new map and six fewer districts where no demographic group represents the majority. There will continue to be one Asian-majority district — the only one in the country.

The group that represents the majority in each district

No group has majority

Sources: US Census Bureau, Edison Research, each state’s legislature or other redistricting authority

Methodology note: Block-level demographic data from the 2020 census is reaggregated into each new district’s boundaries.