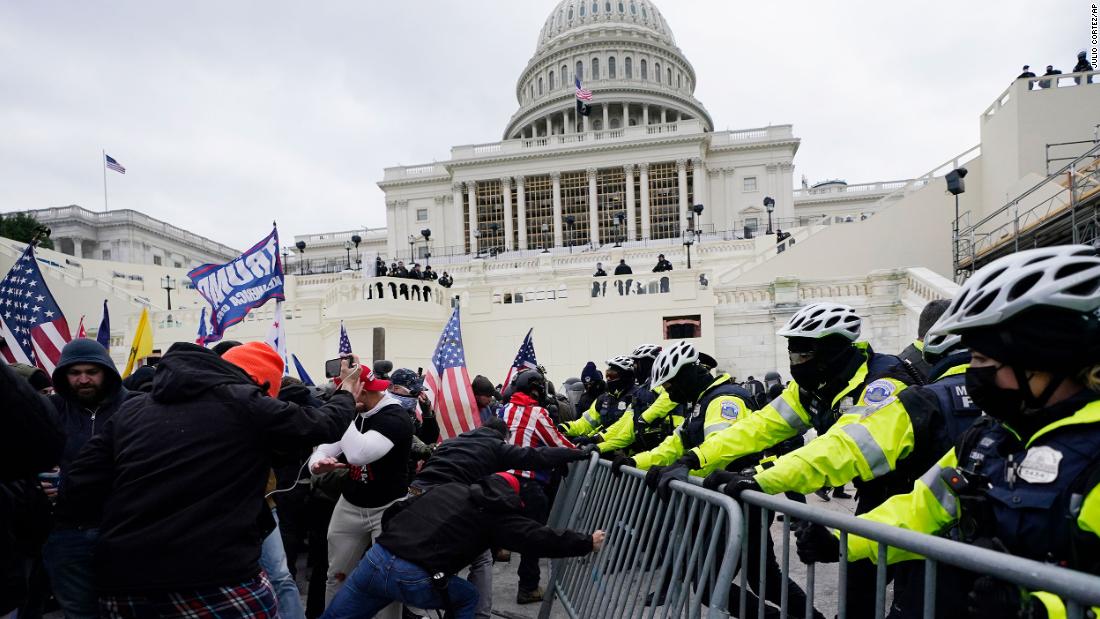 The New York Times first reported on Quested and Edwards testifying. A spokesperson for the select committee declined to comment on plans for the hearing.

Quested, who confirmed to CNN that he will testify on Thursday, has already been deposed by the committee and Justice Department officials about his experience on January 6 and has provided the committee and the department with video footage from the filming of his documentary.

He was embedded with the Proud Boys for a significant period of time leading up to January 6 and is considered a firsthand fact witness because of the amount of time he spent with the group.

Leaders of the Proud Boys were involved in some of the early clashes that overpowered police lines and breached the Capitol. The group has been a focus of the Justice Department for months, and earlier Monday the agency charged the head of the Proud Boys, Enrique Tarrio, and four other leaders with seditious conspiracy in connection with the January 6 attack.

These are the most aggressive charges brought by the Justice Department against the Proud Boys, and the first allegations by prosecutors that the group tried to oppose by force the presidential transfer of power.

Tarrio and his co-defendants previously pleaded not guilty to an earlier slate of charges.

Broadly, committee members have teased that the hearings could be focused on former President Donald Trump’s role in undermining the 2020 presidential election results.

The panel has been working toward a thesis that Trump’s obsession with his election loss and his peddling of false claims about the results laid the groundwork for the deadly riot at the Capitol.

“The committee will present previously unseen material documenting January 6th, receive witness testimony, preview additional hearings, and provide the American people a summary of its findings about the coordinated, multi-step effort to overturn the results of the 2020 presidential election and prevent the transfer of power,” the panel said in an advisory last week.