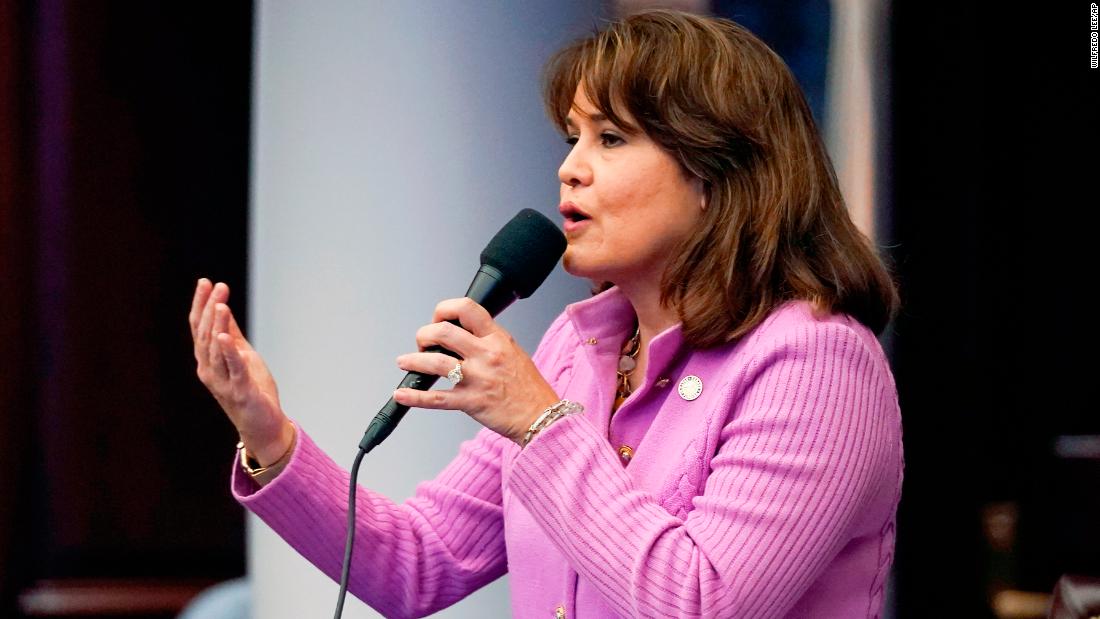 Taddeo changed the bio on her campaign Twitter page on Monday to say, “Democrat for Congress in Florida’s 27th District.” Taddeo first shared her decision with CBS4 News in Miami, and explained that she had made the call to change races after the recent spree of mass shootings around the country.

“We are at a critical point in our country,” Taddeo told the station. “And frankly, I am not going to stand on the sidelines and not go in there and fight, especially after what we saw in Buffalo and Uvalde.”

Taddeo’s shift to the congressional race will bring relief to national Democrats, who had failed to recruit a quality candidate to challenge Republican US Rep. Maria Elvira Salazar in what is now likely to be one of the most competitive House races in Florida of the midterm cycle. Salazar, a former television anchor, edged out a victory in 2020 over incumbent Democrat Donna Shalala in an election that saw President Joe Biden carry the district.

The new congressional maps championed by Gov. Ron DeSantis give Republicans a slight edge in the district but it remains one of the most closely split in the state.

The 27th Congressional District stretches from Miami to the communities south of the city, and it includes the Cuban American neighborhood of Little Havana as well as Miami Beach.

Taddeo launched her campaign for governor last October and immediately set out to differentiate herself as the only candidate of color in the race. Taddeo said that, as a Latina, she was uniquely qualified to help the Democratic Party win back the Spanish-speaking voters who had flocked to President Donald Trump and other Republican candidates in 2020.

But Taddeo failed to gain traction outside her base in South Florida and was far outraised in campaign contributions by the two more established candidates in the primary race, US Rep. Charlie Crist, a former Republican governor and the Democratic Party’s nominee in 2014, and Agriculture Commissioner Nikki Fried, the only Democrat currently elected statewide in Florida. Taddeo’s campaign was also hampered by her job as a state senator, which required her to spend much of the first few months of the year in Tallahassee while the legislature was in session.

With Taddeo’s exit, the race now centers on Crist and Fried in what is becoming an increasingly bitter contest to take on DeSantis in November.