Opinion: GOP's 'counterprogramming' aims to distract from what the January 6 hearings may reveal 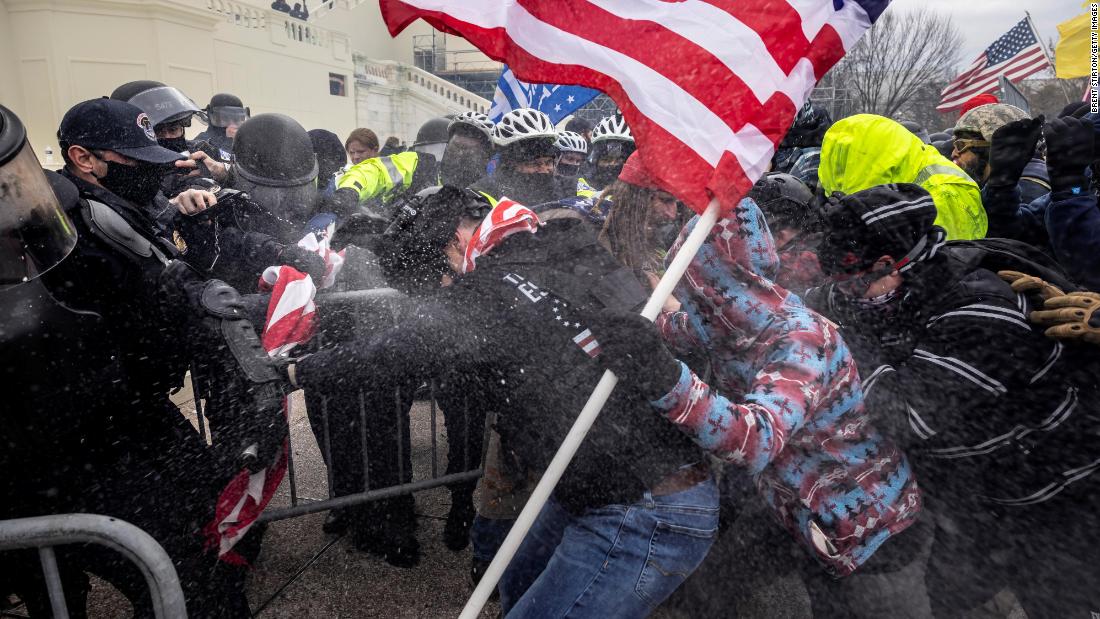 Per the committee’s tweet last week, the proceedings aim to “provide the American people with a summary of our findings about the coordinated, multi-step effort to overturn the 2020 presidential election.”
As I wrote a week ago, committee member Rep. Jamie Raskin predicts these hearings will deliver “the story of the worst presidential political offense against the Union in American history,” which could end up being a summer sensation.
The proceedings may prove quite damning for former President Donald Trump and also are expected to attract massive media coverage — which is why Trump and his allies are desperately trying to provide “counterprogramming” to distract from the hearings.
On Saturday, Rep. Elise Stefanik — the third-ranking member of the House GOP leadership — revealed part of their plan in an interview with Breitbart News.

“We’re working very closely with President Trump and his team” on a counter-messaging effort, she said, adding that House Minority Leader Kevin McCarthy, Rep. Jim Jordan “and really all of the House Republicans will be pushing back in a rapid response fashion.”

“You will see us all over the airwaves, we will be setting the record straight,” Stefanik promised, as they will argue that the bipartisan committee’s work is “illegitimate.” And they plan to assert the panel’s true goal will be to punish political opponents and target “patriotic Trump supporters.” Axios reported last week that Trump has not ruled out making media appearances to bolster this effort.
FBI Director Christopher Wray testified before Congress that the federal investigators view January 6 as an act of “domestic terrorism.” Without Trump’s lies that the 2020 election was stolen, there would have been no attempt to overturn the election, warranting the investigation.
If Trump had accepted his defeat, as other one-term presidents had, he would not have engaged in a behind-the-scenes attempt to overturn the election.
There would have been no need for Trump on December 27, 2020, to try to enlist the Justice Department, telling then-acting Attorney General Jeffrey Rosen to “just say that the election was corrupt” — despite there being no supporting evidence — and “leave the rest to me and the (GOP) congressmen,” according to contemporaneous notes by Rosen deputy, Richard Donoghue. Rosen reportedly refused, by the way.
The same goes for January 6 itself. If Trump had recognized his loss, he wouldn’t have radicalized supporters with a barrage of lies about the election.
Similarly, there would have been no Trump urging his supporters to descend on the nation’s capital for a “Big protest in D.C. on January 6th,” as he promised in a December 19, 2020, tweet, “Be there, will be wild!”
And of course, there would have been no speech before the attack to his supporters — who were angrily chanting “Fight for Trump.” “We’re stuck with a President who lost the election by a lot, and we have to live with that for four more years,” Trump declared, adding, “We’re just not going to let that happen.”

Now Trump — and his allies — are despicably planning to counterprogram the January 6 hearings that aim to explain to the American people about the efforts to prevent the peaceful transfer of power. It’s the very definition of un-American.

As Stefanik noted, the people aiding in this effort include McCarthy and Jordan — whom the January 6 committee has subpoenaed. But so far both have refused to testify about their knowledge of the events surrounding January 6.
If Jordan does end up making media appearances, hopefully interviewers will ask the lawmaker questions that elicit the very information the January 6 committee wants to know, such as what did he discuss with Trump by phone for 10 minutes the morning of the attack.
It isn’t the first time some Republicans have tried to distract from the January 6 committee’s public hearings. In July 2021, four officers delivered heart-wrenching testimony about how Trump supporters brutally beat them on January 6.
House GOP leaders and a group of right-wing House members held news conferences and appeared in the media, where they peddled false and misleading claims — such as that no Republicans had downplayed the attack on the Capitol.

I doubt many remember what the Republican members of Congress had to say that day, but they can recall the powerful testimony of those brave officers. That’s the likely result this week as well.