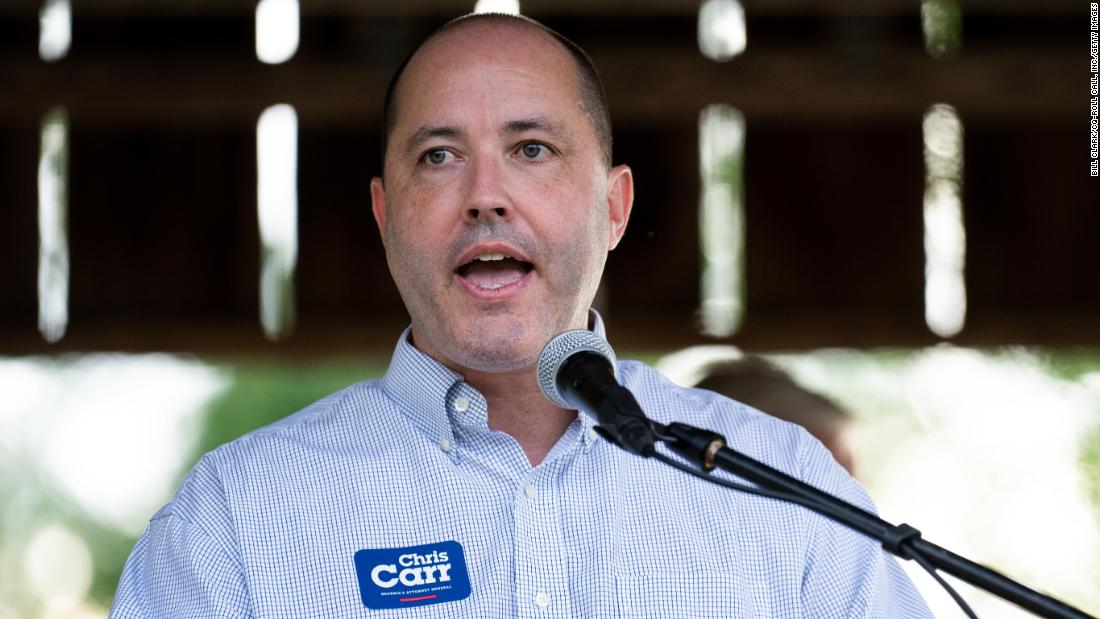 The subpoena, which calls for Carr to testify in late June, was first reported by The Associated Press.
In December 2020, Trump phoned Carr and warned him not to rally other Republicans to oppose a lawsuit Trump’s allies had filed with the Supreme Court seeking to toss millions of votes from Georgia and other battleground states that Joe Biden won. Carr later filed a response with the Supreme Court urging the justices to reject the Trump-backed lawsuit. A day later, the Supreme Court rejected the lawsuit.

Investigators, led by Fulton County District Attorney Fani Willis, have been digging into whether Trump’s efforts to pressure Georgia officials to upend the election results may have been criminal. A special grand jury seated in the case is expected to begin hearing from witnesses this week.

The Carr subpoena was one of several issued to Georgia officials as Willis’ team has ramped up its investigative activity. CNN previously reported that half a dozen current and former officials in the Georgia Secretary of State’s office — including Secretary of State Brad Raffensperger — have also been subpoenaed.

The special grand jury has broad investigative powers, including the ability to subpoena witnesses and documents, but it does not issue indictments. When it concludes its work, it will issue a report with recommendations on whether Willis should pursue criminal charges against Trump or any of his allies.

“In a perfect world, I’d be done in the next 60 to 90 days,” Willis told The New York Times last week. “But I live in an imperfect world.”