Consumers are feeling less confident about the economy, but they're still spending 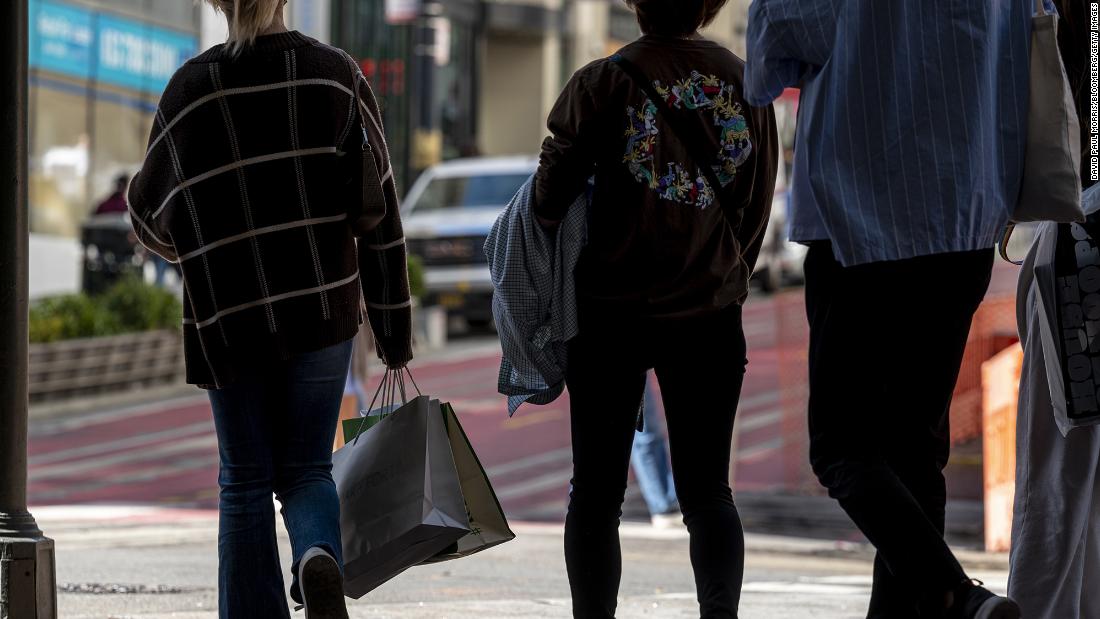 The Conference Board’s consumer confidence index dipped slightly to 106.4 in May, down from a revised 108.6 in April, according to data released Tuesday. The decline was smaller than the 103.9 analysts expected, according to Refinitiv.

“Inflation remains top of mind for consumers, with their inflation expectations in May virtually unchanged from April’s elevated levels,” said Lynn Franco, senior director of economic indicators at The Conference Board. “Looking ahead, expect surging prices and additional interest rate hikes to pose continued downside risks to consumer spending this year.”

For most Americans, the three biggest expenses are housing, transportation and food — all of which have seen significant price increases over the past year.
April’s core Personal Consumption Expenditures inflation index, which doesn’t include the volatile food and energy prices, rose by 4.9% year-over-year, down from a 5.2% increase in March, the Commerce Department reported Friday.
Home prices rose by more than 20% in March from the previous year, according to the S&P Case-Shiller home price index released Tuesday, marking the highest year-over-year price change in more than 35 years of data.
Gas prices set a fresh record over the holiday weekend, landing at a national average of $4.62 per gallon of regular gasoline on Memorial Day. This time last year, the national average was $3.05 per gallon. The rising prices reflect a confluence of factors, including high demand and ripple effects from Russia’s invasion of Ukraine.
Although motorists are encountering a fair bit of sticker shock, things have been worse. When accounting for inflation, gas prices were the highest in June 2008, hitting $5.38 per gallon, according to the US Energy Information Administration.
Yet despite higher prices, consumers are still spending. US retail sales in April were up 0.9% from the month before and were 8.2% higher than April 2021, the Commerce Department reported earlier this month.
But this period of high inflation is causing a split in how people are spending. Retailers have reported that while luxury sales have remained strong, lower-income customers aren’t buying as much discretionary items and are instead seeking out lower-priced generic products.

This story is developing and will be updated.