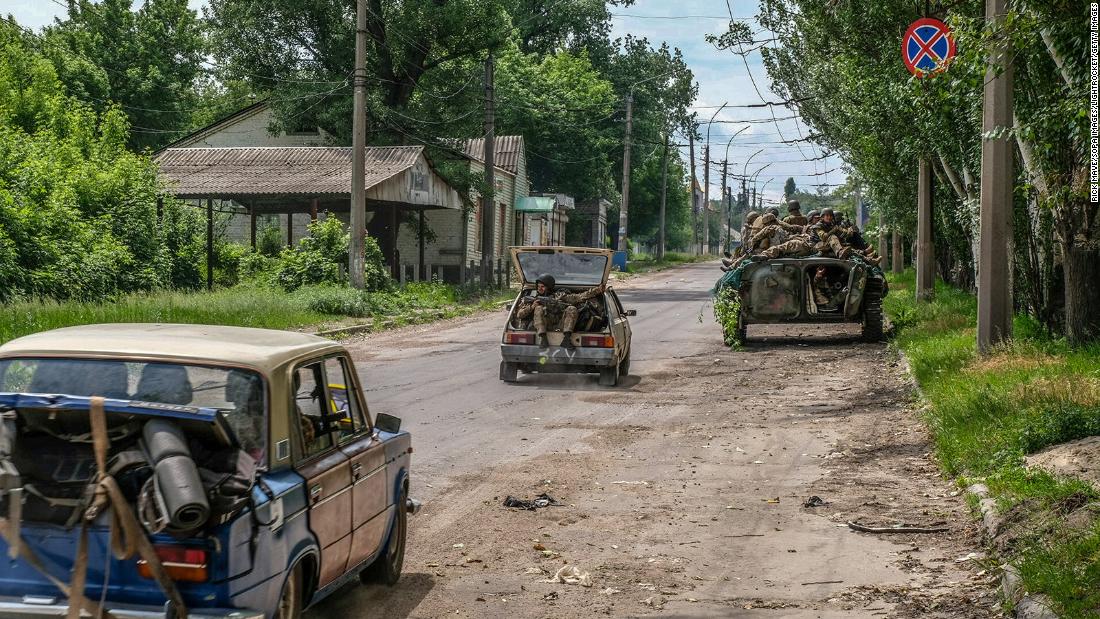 Part of the city of Severodonetsk in eastern Ukraine is “already controlled by the Russian army” and Russian troops are “gradually moving towards downtown Severodonetsk,” Serhiy Hayday, head of Luhansk regional military administration said on Tuesday.

But Hayday denied Russian reports that they have captured the whole city.

“The situation is extremely complicated,” Hayday said.
“Unfortunately, part of Severodonetsk city is already controlled by the Russian army. They [the Russians] reported a couple of days ago that they had already captured the entire city. This is not the case, there are our guys in the city. The Russians cannot move freely.”

Hayday said he didn’t think there was a risk troops would encircle Severodonetsk though fighting continues in the city.

“The Russians do not control the Lysychansk-Bakhmut route, but they are shelling it,” Hayday added.

Civilians trapped and supplies halted: Approximately 15,000 civilians remain in Severodonetsk city, Hayday said, and evacuation is now “suspended due to danger.” They can only deliver humanitarian goods to nearby Lysychansk and Hirske to the south.

“Thousands who remain in the city are afraid of revenge or massacre for no reason,” Hayday said, adding that video clips of locals welcoming Russian troops were “staged scenes.”

The military official said the Russians are “planning a military operation to clear the area around Severodonetsk” with a battalion “being launched to go to the surrounding villages” armed with heavy flamethrowers to “burn our military along with the civilian population.”

In nearby Lysychansk: Two people were killed and three injured, Hayday said, but “we do not know how many civilians have been killed” in Severodonetsk since the Russian troops began entering the city two days ago.

The rest of Luhansk region, controlled by the Ukrainian government, is under shelling completely,” Hayday said.

In the past 24 hours, “eight enemy attacks have been repulsed at the front of the region” and air defense units shot down an X-59MK cruise missile, Hayday said.

In Slovyansk: Around 85 kilometers (52 miles) west of Severodonetsk, three people were killed and six injured after a Russian air strike hit a school and several multi-story buildings overnight, Vadym Liakh, head of the Slovyansk city military administration, said in a separate update. He urged everyone to evacuate.